The Pain of Not Living in a Trauma-Informed Society 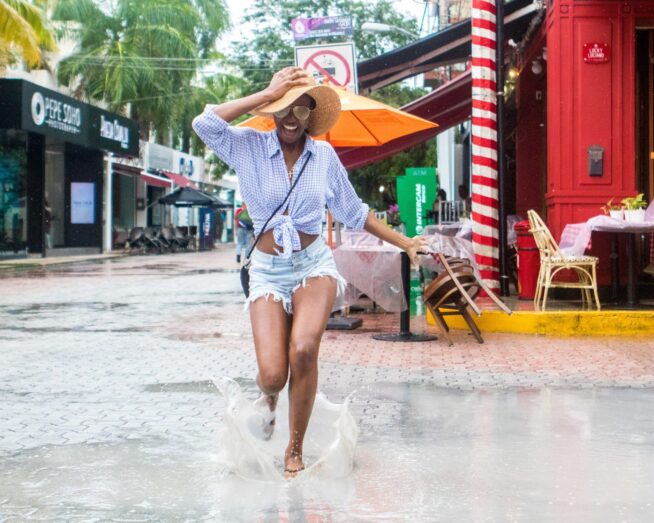 My journey of healing started many years ago when I was in Australia. I remember that back then I was so full of anxiety that oftentimes I even found it hard to get out of bed. To make it worse, I judged myself for it a lot.

How could I not? After all, what was wrong with me?! I hadn’t suffered ‘major’ trauma during childhood, my parents were loving (to their best abilities at least) and I grew up in a safe environment with enough food every day. So why couldn’t I simply be normal? Get up and get a life like everyone else around me?

Well, that was way before I understood anything about trauma.

It was before I learned that our bodies hold the past in their cellular memory and that we experience that blocked, undigested energy as negative thought patterns and emotions.

Once I started releasing my own pain and tensions, I also started seeing more clearly.

Through understanding trauma, all of a sudden the world around me began making more sense.

It was as if someone had cleared my filters and I was able to perceive the root cause of people’s behaviors and suffering. Now when I experienced someone as being an ‘asshole’, I couldn’t just dismiss him as an idiot and be done with it. I couldn’t go that easily into judgment anymore, because it was so obvious that their anger, aggression, or disrespect (etc.) came from a deep wound within themselves.

I had been there myself. Compassion was therefore the only possible response.

It’s like we are all living in pain but we think it’s normal because we lack a comparison to a healthy baseline. So instead we compare ourselves to the only thing we’ve got: the incoherent fight and flight-driven world that we perceive through the media.

Then we look at characters on the screen that are ‘bad players’ and we judge them, which makes us feel a bit better about ourselves.

But it’s all the same. Whether we feel superior or inferior, we will always miss the point, unless we understand that:

We are all in the same boat. We all carry some trauma in our bodies.

I might be less traumatized than others, great, but if that doesn’t make me more compassionate then I still have work to do.

The world right now is the direct reflection of this ‘shadow’ of not understanding our bodies and nervous systems. I say shadow, because most of us don’t own that we have been living in fight and flight/fear, even before 2020.

And yet it is so obvious, isn’t it?

these are all signs of trauma.

And the only way out is to look at ourselves and acknowledge where we are at: there is trauma in me and the world.

The second step is: what are we going to do about it?

How about letting ourselves out of the prison of ‘I’m not good enough’ and working on our compassion muscles instead?

How about we talk more vulnerably about our experience of life and we admit that we are scared of where all of this is going? (i.e. that maybe we don’t have access to our best capacity)

How about we stop blaming ourselves and others for what’s happening (on any level) and we become humble in our limitations? (i.e. that we probably need each other to come up with a solution)

Ah, and of course, the most important:

How about we demand that this conversation becomes mainstream?

Judging ourselves or others for our flaws and ‘brokenness’ is simply not helpful. It only creates more separation. What we need more than anything right now is to understand that we all have something incredibly precious in common and that’s our Nervous System and Body.

We need to learn how to collectively take care of it together.

Kasia Patzelt works as an Embodiment Coach and is passionate about integrating our spiritual experiences into the here and now of daily life aka how to be truly heart intelligent. She is a writer on Medium and works one-on-one with people online or on the magic island of Ibiza, where she lives. www.kasiapatzelt.com