Why Creative People Have More Nightmares 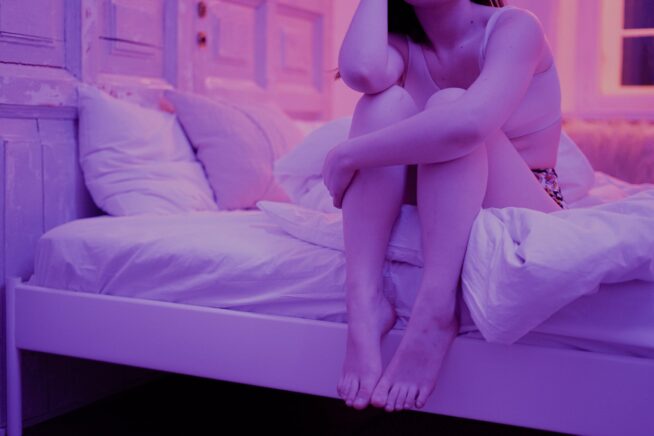 Nightmares are very prevalent in human consciousness. According to the Encyclopedia of Sleep Medicine, 20 to 30 percent of children aged 5 to 12 years old experience bad dreams, in comparison to 8 to 30 percent of adults. The concept of bad dreams is vividly present in literature from across the globe. People have been searching for explanations and creating myths around the negative experience since the dawn of time.

Origins of the word nightmare

The etymology of the word derives from Old English and means the “mare” of the night. The “mare” is described as a mythological female-like demon, goblin, or incubus who torments men, and even horses. The disturbing dreams came along with feelings of suffocation and sleep paralysis. The idea revolves around Proto-Germanic and Norse folklore.

Speaking of words and names, psychologists arrived at a consensus regarding common nomenclature: there’s a slight difference between nightmares and bad dreams. Bad dreams are lesser forms of nightmares. While a bad dream can last the whole night without waking up the dreamer, a nightmare will result in abrupt awakening, temporary insomnia, and physical manifestations such as sweating and tremors.

The natural need of nightmares

Although both experiences are unpleasant, recent studies indicate nightmares are beneficial and necessary for the psychological well-being of a person. More precisely, the psychological homeostasis deploys night terror mechanisms to safeguard the so-called Homeostatically Protected Mood (HPMood). In other words, night terrors release the stress and anxiety accumulated throughout the day and act as an emotional liberation (catharsis). The process results in short-term discomfort but provides long-term psychological integrity and stability.

So, next time you experience a wicked dream, rationalize the process and consider it for the best. Also, justifying a seemingly inexplicable dream can help you get over it faster and go back to sleep. At times dreams make sense, and sometimes they don’t. It’s essential, however, to understand that it’s all part of a natural cognitive pathway. There’s no evil spirit haunting you or mystical curse, but a complex cerebral activity that displays itself in sometimes strange manners. Also, it’s not the only curious manifestation of our bodies, but this one is more — colorful. Take a couple of steps, drink a glass of water, laugh it off, and go back to bed.

Ernest Hartmann concluded that these people benefit from intense dreaming in real-life. Mainly, nightmares cause danger awareness, which may offer protection from future threats. And that positive dreams may promote social bonding, compassion, and sympathy.

Broadly speaking, positive and negative dreaming helps build skills and character. They’re a learning function of the mind that traces its components to real-life sentiments and experiences. Since 2013, Hartmann`s investigations significantly helped to the thesis writing service to make new knowledge more accessible to the public. He’s one of the foremost contemporary innovators in the field of sleep psychoanalysis.

A leading scientist, Ph.D. candidate Michelle Carr from the University of Montreal’s Center for Advanced Research in Sleep Medicine, conducted valuable research in 2013, validating Hartmann’s findings. The investigation was conducted at the Dream & Nightmare Laboratory from Hôpital de Sacré-Coeur de Montréal. She briefly explained her findings in a New Scientist post, stating that predisposed people to nightmares exhibit:

The last point was fascinating to Michelle Carr in proving her point. The researchers wanted to trigger instinctive emotional responses from the study group. They were provided with a task to give words with the first thing that came to their minds.

“Interestingly, ordinary people gave unsurprising answers like “joy” to “happy,” or “mad” as a reply to “angry.” On the other hand, the target group gave unpredictable responses such as “red” and “face” to the word “angry.” The nightmare-bearers responded more subjectively than objectively”, says Melanie Wrend, the psychologist and the lab report writer. Individuals who experienced nightmares at least two times a week made more inventive pairings — confirming the fact that creative people have more nightmares.

Their careers had followed the same conductive thread. Two experiment subjects, painter and photographer Jess and musician Cahrist, scored highly on a test called the boundary thinness scale. An examination method devised by Hartmann to evaluate creativity and personality.

Both people suffered from recursive night terrors from an early age. Chris dreamt that his house and family would melt during a fire and transform into “several humongous blobs that resembled bubbling pizza topping.” Jess had suffered from anxiety, and because of the bad dreams, she “couldn’t sleep or function.” Her nightmares also involved sleep paralysis and a sense of helplessness even after waking up.

Jess and Chris participated in the study after seeing an ad to “Get Paid to Nap.” On a jokingly ironic note, it seems that getting paid to sleep beats the fear of having nightmares. They signed up, ran some written tests, connected some electrodes to their scalps, and went to take a nap. All for the sake of science!

After arduous work and investigations, Michelle Carr concluded two main explanations as to why bad dreams occur. The first is a result of past negative or traumatic experiences in which the brain reproduces the events. Such reinterpretations may or may not be exact. If you’re bothered by inexplicable visions, it might just have to do with your past.

Of course, if the nightmares are recurring and affecting your personal life, you shouldn’t hesitate to seek professional psychological help. Only by dealing with your fears may you have the chance to get rid of them — an idea shared by both Sigmund Freud and Carl Jung.

The other explanation within the “threat simulation theory “refers to the fact that the brain prepares itself for future dangers. It’s sort of a defense mechanism of the mind. By simulating your worst fears, you get a chance to deal with potential situations and prepare for the possibility of happening in real life. Such is the case of many common occurrences. For instance, snake or hornet attacks are present in the dreams of many.

It’s like having an embedded virtual reality headset in your brain. The only difference is that the experience is much more immersive than just projected images and sounds. All the learning capabilities of the brain are used to reproduce pain, fear, and other sensations you might feel when encountering a life-or-death situation. Although such bad dreams follow basic self-preservation and adaptation principles, aggressive recurring terrors should be addressed medically.

Other common possible causes for nightmares

Apart from medicinal and chemical treatments, which should never be self-administered without the guidance of a certified medical doctor, there are several other methods for curing nightmares.

In 1987, Ph.D. Gordon Halliday was the first to ensemble the therapy methods in four groups. The techniques may provide improved results if combined under the supervision of a licensed psychotherapist:

Although some practices are safe without professional help, it’s highly advised you at least seek an opinion from a licensed expert. Keep in mind that hypnotic and desensitization methods can prove harmful if misapplied. A psychologist will be able to give you some industry-approved practices to exercise at home. Most cases don’t require more than a couple of sessions. The therapy cost will be well worth the result and averted malpractice.

Creative people suffer more nightmares due to their higher sensitivity to emotions and past events. Artists and empaths have a greater prevalence of both good and bad dreams. Night terrors aren’t necessarily bad as they’re a natural anxiety-reliever, build character, and simulate dangers. Therapy methods include storyline alteration, face-and-conquer tactics, and cathartic and desensitization procedures. It’s counseled to seek professional help if the recurrence and intensity of the nightmares affect your life and general well-being. 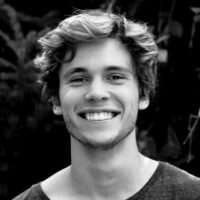