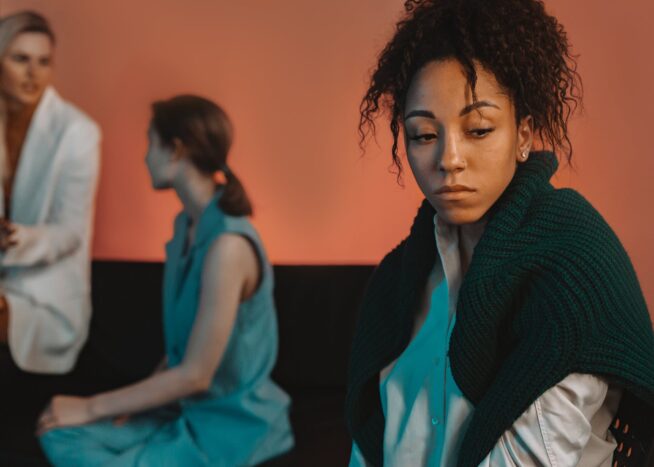 “I left my job, started a business, and now I work part-time from home while earning $6,500 a month.”

“I make four figures every month, let me tell you how so that you can do it too!”

“Do you want to leave your day job and find greater success? Read how here!”

“Follow me if you want to learn how to pay off your debt and increase your income!”

It’s getting pretty boring, isn’t it?

There’s one thing all of those headlines have in common — money.

Sure, most people would be happier if they had more money because a lot of human unhappiness is tied to an inability to pay bills and afford to address basic needs. That’s not what I’m talking about, though.

What I’m talking about is the obsession with earning and showing that off. Once upon a time, people showed off their wealth by buying big houses and fancy cars. Now they show it off by writing blog posts and articles about their success, thinly veiling it by offering you tips on how to repeat their success.

It’s simply their way of showing off but trying to do so humbly. There’s nothing humble about it. We all recognize it for what it is, yet that doesn’t slow the sheer number of these hitting the internet.

“I want to share how I made my fortune so that you can build your own fortune.”

Spoiler alert: it probably involved help from their parents, whether they admit it or phrase it as a loan. Or, worse, they made their money exploiting others. Yes, there are plenty of honest people producing this type of content and some of them have good intentions. It’s the age-old question of impact versus intent. The harm remains the same.

It might have been intended to inspire, but it does anything but. It’s so harmful because it’s a handful of people who have done exceptionally well who are trying to sell that promise to the majority of people who are ordinary by comparison. It’s perhaps the best example of capitalism. When you tear it down to its bare bones, it’s ugly.

It plants a seed in your mind that makes you ask questions that hurt you.

Do I even deserve success?

Am I good enough for that?

Those are the wrong questions!

A lot of people who create this kind of content come from a place of positivity. They’ve achieved something they’re proud of and even though it’s a humblebrag, they really would like others to learn how to repeat this process for themselves.

The good ones go to great lengths to provide an outline of the strategy they used in order to get to where they are now. They highlight how they organized their time, how they generated income, and the people who post these types of articles show they have an abundance mindset.

An abundance mindset is simply the idea that there is plenty for everyone and even enough to spare. They don’t need to keep their success story a secret because they believe everyone can carve out their own version of success and they want to provide the tools that will help you on your journey.

The problem is that when we obsess about how successful others are it encourages the scarcity mindset which is the opposite of the abundance mindset. So, while many of these content creators may mean well, what they are doing is instilling a scarcity mindset in their audience because it just seems like there isn’t enough for everyone and certainly not enough for the likes of me.

You see these people as high achievers and as a result that paints you as someone who isn’t a high achiever. So, you keep reading content like this and then you compare yourself to it. You feel like you’re failing because there’s no way for you to replicate that.

When people talk about their aspirations to act, they think of superstars and the millions they make per movie. They imagine being a Tom Cruise, Jennifer Aniston, Emma Stone, or Ryan Gosling.

The average SAG member earns $52,000 annually. Of course, that average is skewed by all those high earners, the majority earn less than a thousand dollars a year from acting jobs.

Either you’re never going to be a high achiever so you should simply give up. Or you push yourself to produce content, work, or effort that you believe could spawn a success story like the ones you have read.

The problem with option number one is that you’re not allowing yourself to meet your full potential. You’ve convinced yourself you won’t get anywhere so you barely try.

The second option presents its own danger. The danger of total imitation and trying to apply the outlines set out by high achievers to get a slice of the pie for yourself.

If you duplicate what exists you will never be more than average. There’s nothing wrong with being average unless it’s because you’re living on someone else’s terms. If you look at the times you’ve tried to replicate someone else’s approach you can likely realize where the wheels fell off. Your work probably wasn’t good enough because your heart wasn’t in it. They rarely are when guided by external sources.

You have to define success for yourself. Or redefine it as it so happens.

You might not earn a million bucks in the next two years, or even five years, but if you set the rules that you play your life by, you’re going to be far happier as a result. It’s up to you to define what success means to you and what you envision for yourself.