Change Your Future to Rewrite the Past 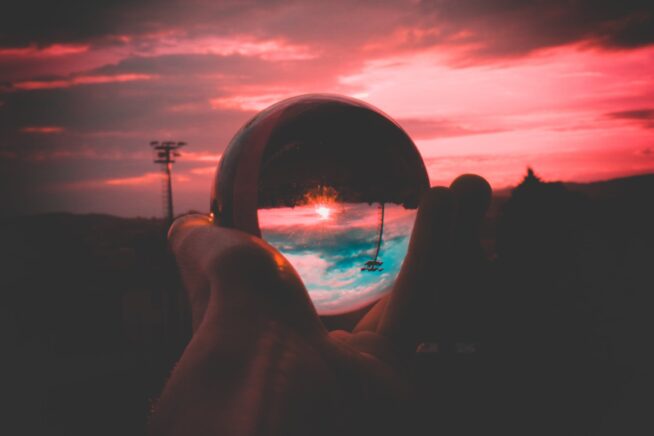 “People think that only the future can be changed, but in fact, the future is continually changing the past. The past can and does change. It’s exquisitely sensitive and delicately balanced.” -Keiichiro Hirano, At the End of the Matinee

When we think about time, we tend to divide it into three dimensions: past, present, future. We also tend to accept certain beliefs about each dimension without much questioning.

The present time is the “here and now.” It’s what’s currently happening. The future, alternatively, is what will happen. It’s what will come to be.

In both of these dimensions, there are many possibilities. We could do all sorts of things right now, and we can make all kinds of choices in the future. (Ignore, at least for the moment, the debate over whether we really have free will.)

Unlike the present and the future, the past is locked in … right? Short of inventing the elusive time machine, there’s not much we can do to change the past. We simply have to accept it and move on. Or do we?

Here’s the concept: the way we experience the future affects our recording of the past. In some cases, what happens in the future can actually change the past.

The past lives on in our memories, and these memories are notoriously unreliable. We might exaggerate our successes or magnify our failures out of proportion. These tendencies are not mutually exclusive: we might do both at the same time!

There are at least three ways the future can change the past. I suspect you’ll relate to one of them, if not all three.

1. The Effect of New Experience

When you failed to achieve your goal, you experienced feelings of despair. For a long time afterwards, it hurt to think about it. You wondered if you should have tried harder or done something differently. (We’ve all been there!)

As painful as it was, however, you eventually reached a turning point. Something else came along that wouldn’t have been possible in the alternative universe you so desired—yet, clearly, this new thing turned out to be much better.

Looking back later, you see the original situation in a whole different light. Now you understand that instead of that situation serving as a low point of your life, something you always wish had turned out differently, it’s taken on another role entirely: the time you didn’t get what you wanted, thank God.

Just think about that. The thing you most wanted was the very thing you didn’t need.

This isn’t simply a matter of interpretation. In these situations, the past is literally different because of something that took place … in the future.

2. The Effect of New Information

Now imagine that your family takes a DNA test, and you discover that your dad is not your biological father. This actually happened to a close friend of mine when she was thirty years old. Her whole family learned the results at the same time! She told me afterwards that it felt like a bad soap opera plot, except it was happening in her mom’s living room.

Does this new information change the past? Well, whether you think it should or shouldn’t, it does.

In the case with my friend, the disclosure created years of turmoil within her family. If they hadn’t taken the test, the family dynamics and sense of shared history (regardless of its accuracy) would have endured.

You could argue that new information shouldn’t have so much power. My friend’s family was happy, or at least stable, before learning that a secret had been held for more than thirty years. Why shouldn’t everyone just accept that “something is different, but most things are still the same?”

As I said, whether or not they should or shouldn’t is irrelevant. The status quo was an impossible outcome: the family could no longer see the past the same way ever again. Substantial new information changes the past.

3. The Weight of Major Events

Finally, imagine that a major event takes place in your life. It could be either positive or negative, but let’s go with positive: you win the lottery. It’s a really big lottery, one of those that makes headlines and provides you with a dizzying amount of money.

The week before you won the lottery, you’d missed a credit card payment. The missed payment had been lingering in the back of your mind, making you feel anxious whenever it surfaced.

Now, as a $100 million lottery winner, what do you think about that missed payment? Chances are, you don’t think much about it at all!

Whatever guilt you had over it would be eliminated as you cheerfully went to pay off the entire balance. Your internal narrative would shift.

Before: This credit card bill is really bothering me. I feel embarrassed and ashamed.

After: Remember that time I missed a payment right before I won the lottery? What a difference a day makes!

You might even skip the analysis altogether, in which case the past would effectively be erased. Lots of other things about your life would be changing as well, and credit card bills would no longer be on your mind.

When a major event occurs, the shift in the past can be sudden and total. Situations in your past that bothered you before now seem much farther off in the distance. They are far less relevant to your life now.

Better Than a Time Machine?

Think of time travel by changing the future as a tool you can use in dealing with time anxiety. It doesn’t work all the time—just consider the classic quote, “If all you have is a hammer, everything looks like a nail”—but sometimes it’s a lifesaver.

We want so much to go back and change things that happened long ago, or even something that happened yesterday. But the way we remember the past is greatly influenced by what we do in the future.

The next time someone says “You can’t change the past,” you’ll know better. You’re changing the past every day! The past also changes on its own, merely through the passage of time and events outside your control.

By taking control of your future—and by paying close attention—you’ll notice that the past is fluid and subject to change.