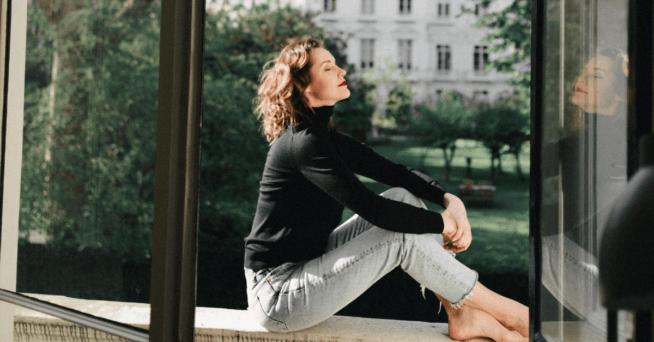 Ten years ago, I met my friend for coffee on her 30th birthday and proclaimed that her 30s would be the best decade of her life. We connected again a few days ago, and I made the same promise about her 40s.

For some folks, 40 marks the beginning of a downward spiral. They fear the future, play defense with their career, resist change, and lash out at young idealists still full of hope.

That’s what happens to people who refuse to turn their life struggles and miscues into wisdom. They repeat mistakes, grow frustrated, and become disgruntled. The smart ones learn from their youthful errors and apply the lessons. By the time they reach middle-age, they hit their stride, as I did.

Do what the super-smart ones do. Learn from the mistakes of those who came before you and avoid the treacherous pitfalls that befall most folks in their 20s and 30s.

These seven lessons represent my hard-earned wisdom after years of poor judgment, failures, and missed opportunities.

1. If you worry about how people will judge you, you’ll never achieve anything.

There was always one question that hamstrung me whenever I considered making a bold move.

What will others think?

It’s natural to fear harsh judgment and disapproval. The onslaught of rebuke can trigger feelings of shame. In truth, it’s rarely as bad as we expect, and you can defend against it with a simple tactic — silence.

Complete disdain silences the judgy types without compromising your integrity. They’re so unworthy of a reply that you refuse to acknowledge them. It’s the most empowering response to the vitriol of others.

A point will come where you tame the beast of rejection, judgment, and criticism, but there’s no express train to get there. You need to face it often and frequently enough to build your immunity. Once inoculated, you will never fear being judged.

2. There won’t be “plenty of time later” to enjoy life.

We know our time on Earth is short, but we don’t really get it until we reach an age where it’s apparent that youth has passed.

In our 20s, we think they’ll be plenty of time to pursue our dreams and forge meaningful relationships. That’s wishful thinking. The timing never works out in your favor. To pursue a desire, you must give up something else. Always.

Don’t put off your career change, relationship, or any other life desire until you reach some mythical point of readiness; it doesn’t exist. Time passes stealthily until you find yourself saying, I wish I would have taken my shot when I had the chance.

3. There’s only one real financial freedom, no matter how much money you have in the bank.

Money worries contribute to the fear of growing old. If you’re relying on an employer to keep you on the books or the stock market to hold up its value, then yes, you’ll wake up each morning with a nervous pang in your gut.

With each passing year, that fear will turn you more cynical. I’m seeing it happen in real-time to former high school friends desperate to hold onto their jobs because their specialized skills lack value outside their workplace. They’re mad at the world for being so vulnerable, aiming their frustrations at familiar scapegoats.

There’s only one solution.

Cultivate your ability to earn money without the aid of an employer. Your ability to generate income on your own neutralizes the fear of financial vulnerability.

4. It’s vital to cultivate friendships with people older and younger than you.

In my mid-twenties, my life revolved around running. I joined a track team, and many of my teammates became my best friends. Some of those friends were people much older than me, and I benefitted from their life experiences.

As I continued over the next decade, I made friends with runners 10 to 15 years my junior; they reminded me of the wide-eyed hope and belief that anything was possible.

Younger friends steep you in optimism and possibility, while older friends will ground you in wisdom. You need the perspectives of both.

When they’re delicious, we devour them. When they suck, we still eat them because… well, nobody can resist French fries.

For many years, I struggled to forge and maintain relationships. What I found was that, when I lacked meaningful friendships and romances, I latched onto unhealthy, empty ones. Like French fries, in the absence of the delicious, I devoured the crappy.

In my 30s, I gave up that approach and found contentment in being alone. Solitude can fuel your growth if you embrace it. Resisting unhealthy relationships will prove difficult, but if you find pleasure in the alternative of being alone, you’ll position yourself as a better-quality partner or friend when the right people do come along.

6. The sunk cost fallacy will lead to one bad decision after another.

Several years ago, a friend of mine gave up a lucrative career to become a chef. My first thought. What about all that time invested in building a career? You’re throwing away a six-figure education and fifteen years of experience.

My thinking was an example of sunk-cost fallacy — the phenomenon of continuing an endeavor or investment merely because you’ve already invested time or resources in it. We fall for it more than we think. These examples are merely a sampling:

All the above investments of time and money are sunk costs. They’re gone forever, unrecoverable.

Sticking with a losing endeavor merely because you’ve already wasted time or resources on it only extends the pain. When you find yourself in this position, ask yourself this question:

If I were starting from scratch with no previous investment, would I still continue on this path?

If you answer no, cut your losses and move on.

7. There’s no quicker path to misery than conditional happiness.

If you’ve ever landed a monster promotion or prized material possession, then you know the euphoric feeling that accompanies the achievement. You also know the fleeting nature of that feeling.

When the high dissipates, we seek the next one, finding happiness only when we achieve a goal; everything in between is just filler

That’s the mindset of conditional happiness — allowing yourself contentment only when achieving a specific outcome. If you’re of the same mentality, you’ll recognize the self-talk.

If you can’t find happiness during the pursuit, it won’t last long when you reach the finish line. Find joy in the journey, and if it eludes you, reassess your mission.

All you need to know

Wisdom enables us to make better decisions and approach life with a more resourceful outlook. You can acquire it in two ways:

If you choose the latter option, you’ll live a more fulfilling life long before middle-age.