Sincerity Is Not (Always) Truthfulness 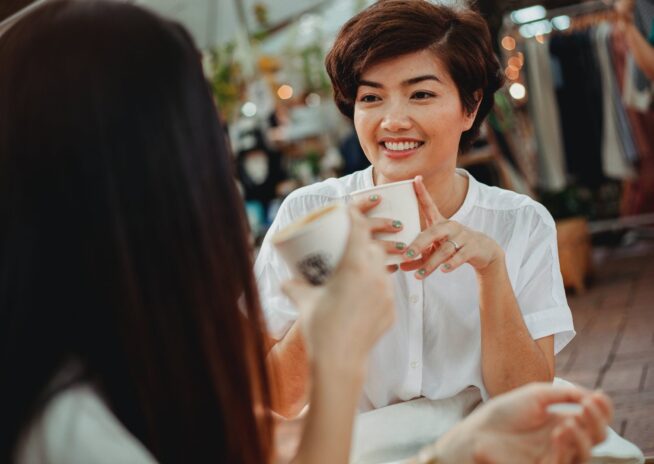 Relationship wisdom starts with the idea of transparent sincerity between partners. In fact, this simple paradigm extends beyond romantic relationships and into family, friendships, healthy co-worker and management relations. We even talk about transparency as far as economics and politics go.

The poignant importance of sincerity becomes even more vital when we struggle with the emotional aloofness of another person as expressed by the loss of connection and sincere communication. Not far down the road, this results in disillusionment, loss of trust, distancing, and ultimately, betrayal of that spark (or seed, as I define it) that once connected the two of you.

The only way back seems through sincerity. But there’s a side to sincerity which makes us wonder why, being so full of benefits, sincerity is actually extremely hard to get right.

Sincerity isn’t just about “opening up”

Opening up to ‘raw’ conversation and discussion sounds great when communication is inhibited or lacking in the relationship (including family relationship, friendship, partnership, etc.).

There’s just one problem with such raw sincerity — often enough, we can’t ‘open up’ without setting free the floodgates of emotion.

When we consider being sincere with someone who’s more on the emotionally static side, we may try to compensate for their unwillingness to open up with doubled emotions. Perhaps if we can just free up all those emotions and show our vulnerability, so will they. Perhaps it will shake them up and things will get more honest, more clear. Like they once were.

However, when we open ourselves up by completely taking the emotional plunge (sort of like “to be or not to be”), a lot of emotionally triggered stuff comes out in addition to the stuff we wanted to express in the first place.

The first thing to come out is the residue that has built up from the time when we were closed off (read: pissed off). Things like piled-up frustration, doubt, even anger. Momentary emotions. Subjective accusations. Pain that sounds like an accusation even though it’s not. In short, a lot of feelings open to misinterpretation.

While that residue, too, feels at the moment completely “sincere”, just a bit later looking at the way we’ve vented our emotion, we see this “raw stuff” wasn’t the essence of what we wanted to communicate to the other person. Perhaps that’s why they never really got it and instead, things got even more tangled up.

So, if the raw stuff isn’t the essence, how can it be truth? And if it’s not truth, is it really sincerity?

So, by the MW definition, sincerity and truth are non-identical twins. Though born out of one womb, they carry some unique features:

Truth — the body of real things, events, and facts.

Most interestingly, truth has an archaic definition that may be key to it. The original word used to mean fidelity, constancy. That’s why we sometimes still use it to say we’re “true” to someone or something.

Interpreting truth as fidelity may give us a preciser insight into understanding the emotion we want to spark through ‘being sincere’ and expecting as much in return.

At the very outset of a new (important) relationship, we do a lot of bonding through opening ourselves up, including showing our most vulnerable sides. Yet in this process, we’re careful not to hurt the other person or their prior traumas, to be honest but not blunt, to foster meaningful conversation without accusation. We respect the person and their space. We also keep ours.

At the beginning of relationships, our sincerity is gentle and respectful. It’s the sincerity that encourages mutual truth and its archaic synonym, fidelity.

What we’re actually doing through such respectful sincerity is subconsciously nurturing our faithfulness and fidelity to the person. Getting the same in return, we see that the person is willing to be true and constant to us.

The presence of respect and lack of judgment initially makes sincerity a safe zone.

This kind of vulnerability that sprouts from opening up to each other is the great risk we’re willing to take to love someone and connect our lives. This is how a deeper connection begins. The way this intimacy ends is when we stop the ‘getting to know’ phase and move on to a more ‘stable’ one. At this point, an instinct comes into play that such respect is no longer mandatory, that the person knows us well enough to just bear with us, no matter what. In other words, we get too comfortable.

We think the other person/people can handle our ‘sincerity’ no matter what amount of painful emotion that ‘sincerity’ contains, no matter how little truth (i.e. fidelity) we’re able to achieve and inspire in the process of opening up.

We forget about safe zones.

At such point, we may be expecting too much of our partners, friends, or family. More often than not, they just take all that frustrated emotion at face value — and become frustrated, annoyed, and even more closed-off as a result.

Truthfulness means being true and constant to ourselves, above anyone else. In other words, calmly defining the real problems we need to speak to our partners or family about — not as an emotional marathon, but as a conscious, safe-zone effort of understanding one another deeper.

A very productive way to facilitate this is to keep a shared journal. First of all, writing slows things down. It can express the essence of what you want to open up about without triggering heavy emotion on both sides.

But the most important fact isn’t just emotional — neuroscience research shows that our brain handles speech and the written word through wholly different brain regions and pathways. This accounts for the change in our perceiving of the written word in contrast to perceiving the spoken word. As a result, even people who react with frustration to attempts at sincere conversation react in a calmer and deeper manner to the written word.

Keeping a shared journal on a set schedule (for example, detailed entries once per week from each of you )is positive from all sides — the personal and the scientific. History’s famous couples like Robert and Clara Schumann adhered to their journaling schedule diligently way before it was proven as a therapeutic tool.

If they could find the time for it with their 7 kids, his artistic career, and her concert touring, so can each of us.

When it bonds two people together, sincerity encourages a mutual ‘safe zone’ that has once brought us together, that has watered our ‘seed’, and also made us the most vulnerable.

Let’s cherish the gift of that vulnerability, the truthful respect that is synonymous with fidelity, and take a moment to think of how we can best communicate it to the people who are most important to us. Of how we can get each other back in the safe zone where sincerity equals truth (towards self and each other) plus respect.

It may be through a shared or private journal or through personal writing that raises and reflects on the essential questions in our life, struggles, and relations. It may be through thoughtful conversation that deliberately filters the “dusty” sediment mentioned earlier and leaves the essence.

It’s always through creating a safe haven that lacks judgment and respects one another’s vulnerability. A space that both of you will feel safe in and immune to betrayal.

Whatever path to sincerity each of us chooses, let’s bring it closer to the kind of sincerity that initially sparked our love. 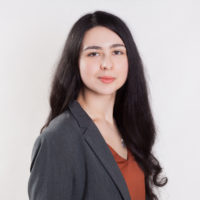