The Polarities of Manifestation 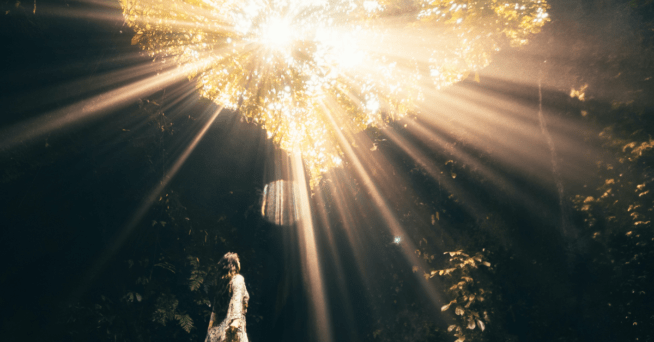 I’ve probably been trying to figure out how to create my life since I was a child. My first big dream was to become an Olympic Figure Skater. And I believed. I truly thought I could be a gold medalist. Okay, so that medal thing didn’t quite pan out. Nor did my becoming a Broadway performer. Come to think of it I’ve had some epic failures over the course of my now somewhat lengthy lifetime. See cupcake reality show and that Long Beach relationship, and I use that term loosely.

But I wouldn’t change any of those experiences because they taught me a lot, and it’s those very lessons that ultimately put me on a lifelong path of personal healing and discovery.

I’ve been called a persistent bugger for most of my life. Yes, I’ve been called any number of other things, but persistent is probably the most accurate. I keep trying and keep working to understand not only how to create a life I love, but also to connect to and understand my own personal purpose. And it’s purpose that drives us all, either crazy when we aren’t clear and connected to it, or it acts like rocket fuel propelling us forward towards our visions and goals.

So about those goals. I think the vast majority of us know how to set a goal, so no need really to talk here about goal setting. It’s what practices we need to put into place in order to get where we want to go, and more importantly I believe, is learning how to work with our consciousness as we go about the process of creating our visions.

How do we view this process of creating the life we sense in our hearts we’re meant to live?

Creating can often come from an ego driven place where we muscle our way to making our dreams, our goals, and our intentions come to fruition. This requires a great deal of force, of push, of muscle, of work, and it’s a rather lonely, me against the world approach.

On the opposite side of the pendulum, some folks turn everything over to God, or their higher power, letting go of the perceived controls, and they wait to see what happens. This could be considered a more spiritual way to go, and it could also be considered quite passive.

Over the course of my life, I’ve tried both ways, neither to great success. And over the years I learned experientially that there’s actually an in-between place that’s a beautiful marriage of these two polarities, and that has the ability to help us create and manifest our visions and dreams with much more grace, ease, and joy. For me, there’s a balance to be had between taking the bull by the horns and letting go and letting God. There’s also an opportunity, I have found, for me to be honest and to say clearly and specifically, this is what I want in my life. Then I take action towards that end, while keeping my ear to the gentle promptings of God, or the Universe, to guide me home, wherever said home might end up being. It’s a combination of the two approaches. Two very different polarities of manifesting what I want, and ultimately getting what I need. Most of the time, I’ve discovered, God knows what’s for my best and highest good.

And I know this manifesting thing gets a lot of press, some of it hype, and much of it focused on the material. But here’s the thing.

There’s nothing wrong with wanting something – a job, a relationship, a home, or car, it’s more about putting it into the context of the greater good if you will. Whatever it is that I’m going for, my visions for my life, I want them to not only serve me, but also serve others in a positive way. I’ll take the uplift, and I want it to uplift others.

Much of the writing and wisdom out there about manifesting says that this is an abundant universe we live in. I’ve definitely found that to be true, but the bigger piece for me, and the part that continually inspires my worldview, is that the very things I wish for – that career, the relationship, that trip to Italy, are all God speaking through me. And not only speaking through me, but pushing me like destiny to lead the life I’ve come here to lead, and experience the lessons that will grow me as a person while going about the process of creating my dreams.

When you look at manifesting from this perspective it changes things in that it makes the process one of finding our purpose.

It has great depth to it. By pursuing my dreams, I am becoming more of whom I’m meant to be in the world, and this, regardless of the outcome, is me growing myself. Letting go of the result is a big part of this as well, because as many of us know, we don’t always get exactly what we want, which is often times a good thing. Sometimes we actually get something better than what we originally imagined. Speaking spiritually, God can do so much more than us mere mortals could ever imagine. And we have to meet God, as one of my spiritual teachers John-Roger says, at the point of action. We have to act. This is when life truly become a process of co-creation, and where the polarities of manifestation come together so gracefully, producing what many might consider miracles, and others a life well-lived.

As I shared above, I’ve been playing with manifestation and learning to understand how it works for what feels like forever, and I’m just starting to get the hang of it. So, if what I’ve shared seems a bit challenging to wrap your brain around, don’t worry. It’s a learning process, and the simple act of engaging in this creative process of life has the tendency to open up new doors, experiences and outcomes, many which may well look very much like the dreams and visions you’ve had in your heart for many years.

Forward ho, my friends. Try it out and see if any of what I’ve shared here makes sense in your own lives. And you have my word that once you start to get the sense of these polarities of manifesting, grace has a way of entering your life, as does a bit of joy, and suddenly life has meaning and purpose to it. And I believe this is what we’re all really looking for at the end of the day – a purpose led life. Good luck, and I know you’ve got this.

Barry Alden Clark is a writer and professional life coach. His work is focused on helping people live their best lives by acting as a guide for them to connect more deeply with their internal life force where creativity, purpose, and true freedom reside, while using humor, compassion, and kindness as hallmarks for the process of personal evolution. Recently Barry published his first book, “Living Life Now: Ingredients for Thriving In The Modern World,” now available on Amazon, and launched his new podcast “Living Life Now,” available on iTunes, Spotify and Google Music. You can reach Barry at www.barryaldenclark.com.