The Real Key to self Confidence 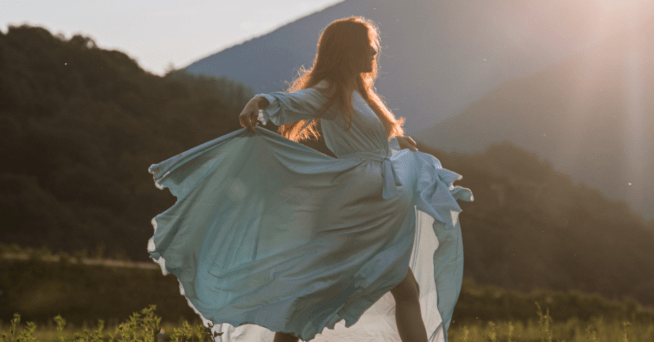 I didn’t always use to be confident. In fact, I was more on the shy and insecure end of the spectrum. Scared to walk up to the teacher, super nervous and anxious speaking on stage, doubtful about what I could achieve in life, what direction I should choose…

Now as I reflect back on my life, I realize most of that stuff is gone. I look behind me and it’s like something that I’ve been dragging along all my life just disappeared…without me noticing. How is that even possible?

The more that I am working with clients who are dealing with similar things, the more it dawns on me that there is ONLY one thing that we absolutely need to do in order to become fully confident in ourselves.

(Disclaimer: It’s not something that anyone will be like, woohoo, yes, let’s do it, that sounds exciting. More the opposite, I would say. )

Yes, self-love and self-acceptance are part of it. But this is more like their ugly, locked away in the tower of taboos, twin sister: shame.

Let’s talk about shame, shall we?

Well, at the bottom of each one of us lies a well-kept secret. One that many people use their whole life to run away from. It’s the scariest and most painful part for anyone to confront in their lives. It’s the wound of core unworthiness, also known as the wound of separation or simple old shame: I am not good enough.

The secret that not many know (unless they have personally been on a prolonged vacation to their own favorite underworld version slaying monsters) is that WE all carry this wound, to one degree or another.

For every bit that you feel ashamed of inside yourself, there will be at least ONE other (and most likely thousands more) human being that will say: Just like me.

Because this is the magic and genius trick that shame plays so shamelessly on us: shame makes us believe that we are the ONLY one who ARE so rotten as to forfeit any kind of ability for redemption. Hence feeding the illusion of separateness and aloneness.

Shame says: if anyone found out about who I ‘really’ am, they would NEVER EVER love me.

Shame is based on fear

If you look closer at it, you see it so clearly: shame is rooted in fear. The fear is: I am unlovable. Unlovable means far more than just an unmet emotional need. From our biological make-up, it’s a matter of life and death.

If I am unlovable, it means I will not belong, I will be rejected, ostracised, alone in the wild and ultimately I will not survive.

When we look at it from that perspective it rather looks innocent doesn’t it? A simple misunderstanding of things based on our deeply rooted biological need for survival at all costs.

But even innocent misunderstandings can turn into serious consequences unless we have the guts to take responsibility for them.

In order to start shifting the sails around and going in the direction of the sun, which is by the way a universal symbol for self-confidence, we need to first understand how shame keeps itself alive.

If fear is the soil in which it’s planted, judgment is the water that keeps feeding it.

When we judge something or someone we energetically separate ourselves from it. We push it away. Now, that actually costs us energy. That exertion of constant pushing against eventually becomes painful.

In order to release the shame, we have to stop pushing against the parts that we judge in ourselves or others and instead embrace them as part of us. But that will come with feeling all the pain that it cost us to keep the illusion of separation alive. Hence, we would rather keep the illusion then let go.

As crazy as it sounds, this is really the way it is.

A person spending all their lives in a small room with closed doors and windows thinking that all of them are locked. That person may imagine all sorts of things behind those locks: they may judge the world out there as unsafe or wrong, they may feel a victim, separate from the outside world, they may believe that their little reality is much better, they may also long for what’s out there but feel scared to go and check…

And imagine that same person was shown that outside the sun was shining, birds were singing, flowers blooming, children playing and there was a whole reality full of love waiting for them…

How would that person feel and what would they choose?
I guess it depends on the individual, but I believe one thing would happen for certain: first they would be shocked.

the prospect of feeling the grief and pain would be so overwhelming and scary that they would shut the door again and start telling themselves the story of how ‘bad’ what they had seen was, justifying themselves at all costs to stay inside.

Shame is the small room that we lock ourselves into and choose to live our lives from.

So what does shame have to do with self-confidence then?

Let’s recapture what we have learned so far about shame:

Understanding those points about shame gives us all the tools to free ourselves from the self-imposed prison we can find ourselves in.

But as simple as it sounds, it’s not easy. It’s warrior material.

All our great stories are based on this psychological wisdom: we need to face our demons in order to become a hero.

Once we have done that, once we have looked at our judgments, tracked our fears and cried our tears, AND exposed our wounds bravely and vulnerably to others, then we truly know who we are. And confidence is just that, knowing behind a shadow of a doubt what we are made out of.

Once we have digested our shame, we can face anyone and anything in the world without blinking an eyelid.

It’s like being out in the field with the sun stroking your face next to that little room you have just left and someone trying to convince you, you should go back in because it’s so much better. You will only be able to knowingly smile at them saying, thanks, but no thanks.

Yes, you know that little room exists, and maybe every now and again you will go in and sweep the floor, open the windows and let some air in. But never ever will you get locked in it again forgetting who you are.

Kasia Patzelt works as an Embodiment Coach and is passionate about integrating our spiritual experiences into the here and now of daily life aka how to be truly heart intelligent. She is a writer on Medium and works one-on-one with people online or on the magic island of Ibiza, where she lives. www.kasiapatzelt.com