Inside the Mind of a Perfectionist 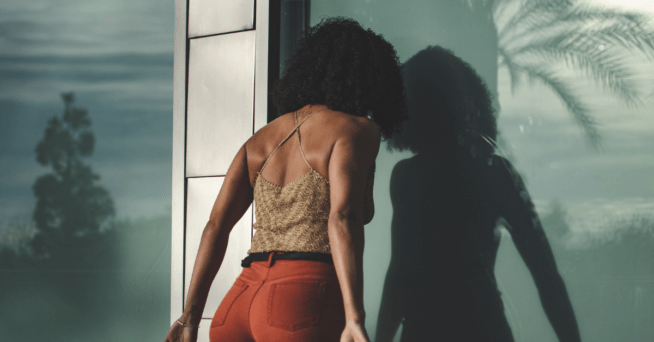 Perfectionism means we never feel good enough because we base our self-worth on what we do, what we achieve and what others think of us. Perfectionism is defined as striving for flawlessness and setting high-performance standards for ourselves, accompanied by being self-critical.

Contrary to the popular belief that perfectionism is positive, it has been observed that being a perfectionist can lead you to have self-defeating thoughts and this particular behaviour makes it way harder to achieve goals.

The base of a perfectionist mentality is: ‘it is not done until it meets my standards’.

One of the main reasons why people turn perfectionists is an extreme fear of failure or the fear of falling short. Their mindset is shaped by past experiences, believing their self-worth is based on their achievements: maybe they grew up with demanding and expectant parents, relatives, teachers or the fear of failing to live up to society’s standards.

There could be countless reasons as to why…

How their minds work

“No one can do what I can do” – as mentioned above, this very statement originates from their fear of failure.

They have an incredible awareness about what they want and how they want it which may sound great, but it is toxic for them and the people around them in the long run. Their ‘I want what I want attitude’ makes them unlikable and pushes people away. They may come as across the ‘villain’ in some social settings.

They may be a role model to some with what they have achieved with their demanding of others, perfectionist attitude.

Difficult to deal with

Perfectionists make difficult leaders to work with. For them, no detail is too small. They have an eye for the minutest of details others wouldn’t bat an eyelid about. Being extremely rigid with their demands- they accept no excuses for failing to meet their standards.

HIGH Standards for others

Perfectionists are known for their encyclopaedic knowledge of the field they work in. They are usually on a higher level than others and far from lowering themselves for others. They expect you to come up and match them, which is not necessarily a bad thing. But this is intimidating to many because people don’t want to be told that they could be lesser than someone. Not to mention they are extremely disciplined.

On a personal level…

Perfectionists are big-time procrastinators too. The fear of failure paralyzes their brains. They think too much and end up getting nothing done. For anything less than their standards is a failure.

As a result of which their unrealistic goals are not met. They are more prone to depression because of their repeated failures of not achieving their standards themselves.

Because of their repeated failures they lose, there comes a time when their low self-esteem hits rock bottom and unlike high achievers, they struggle to make a comeback.

What can you do?

The first step to stop being so rigid would be to identify where you need to change and slowly build up from that.

For example, say you procrastinate because you faced something terrible back in time. Instead of still wallowing in negative feeling from then, you need to make this very fear a drive which would push you to achieve your goal.

But most of all you need to realize that – “done and complete is better than perfect.”

Common Traits of a Perfectionist

The problem with perfectionism and the reason you’ll want to know if you possess any perfectionistic traits is that perfectionists actually tend to achieve less and stress more than regular high achievers.

Being a perfectionist makes it more challenging to meet the goal of being perfect, or even of reaching a personal best. Perfectionists are a lot like high achievers, but with some key differences.

The following are ten tell-tale traits of perfectionists, that you may be able to spot in yourself or in the people you know.

Do any of these sound familiar?

Perfectionists, like high achievers, tend to set high goals and work hard toward them. However, a high achiever can be satisfied with doing a great job and achieving excellence (or something close), even if their very high goals aren’t completely met. Perfectionists will accept nothing less than perfection. “Almost perfect” is seen as failure.

Perfectionists are more critical of themselves and others than high achievers. While high achievers take pride in their accomplishments and tend to be supportive of others, perfectionists tend to spot mistakes and imperfections. They hone in on imperfections and have trouble seeing anything else. They’re more judgmental and harder on themselves and on others when “failure” does occur.

Perfectionists are much less happy and easy going than high achievers. While high achievers are able to bounce back fairly easily from disappointment, perfectionists tend to beat themselves up much more and wallow in negative feelings when their high expectations go unmet.

It seems paradoxical that perfectionists would be prone to procrastination, as that trait can be detrimental to productivity, but perfectionism and procrastination do tend to go hand in hand. This is because, fearing failure as they do, perfectionists will sometimes worry so much about doing something imperfectly that they become immobilized and fail to do anything at all.

Procrastination can lead to greater feelings of failure, further perpetuating a vicious and paralyzing cycle.

Because a less-than-perfect performance is so painful and scary to perfectionists, they tend to take constructive criticism defensively, while high achievers can see criticism as valuable information to help their future performance.

High achievers tend to have equally high esteem; not so with perfectionists. Perfectionists tend to be very self-critical and unhappy and suffer from low self-esteem. They can also be lonely or isolated as their critical nature and rigidity can push others away as well. This can lead to lower self-esteem.

If you feel as if you have to be your best no matter what, any mistake, however small, can feel like a significant failure. This can make you feel as if you’re constantly failing, which can, in turn, lead to a persistent sense of guilt. If you often feel as if you’re always letting others and yourself down, your perfectionism is getting in your way of enjoying life.

If you see some of these perfectionist traits in yourself, don’t despair. Recognizing that a change may be needed is a very important first step toward creating a more easy-going nature and achieving the inner peace and real success that comes from overcoming perfectionism and being able to say that “almost perfect” is still a job very well done.

“Perfectionists are their own devils.” – Jack Kirby

There are some ways to cope with perfectionistic tendencies. Mindfulness, philanthropy, and seeking help when needed are all useful strategies.

Mindfulness, or the practice of focusing on the present moment, acknowledging it, and accepting it for what it is, works well for perfectionists because it is contrary to the usual mode of thinking about how actions will affect future results. Furthermore, failure is inevitable, because perfectionists often struggle with being present and free of distraction, and so this failure that comes with learning to be mindful helps perfectionists to learn to cope with failure.

Perfectionists need to realize that a ‘feel-good’ mindset can come without any achievement and validation from others. Helping others through voluntary work or getting involved in organisations or sporting groups can help perfectionists feel better about themselves, and then widening their scope of what is happening around them. 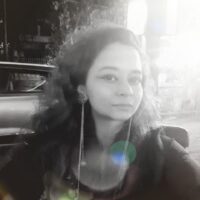 Trishna Patnaik, a BSc (in Life Sciences) and MBA (in Marketing) by qualification but an artist by choice. A self-taught artist based in Mumbai, Trishna has been practicing art for over 14 years. After she had a professional stint in various reputed corporates, she realized that she wanted to do something more meaningful. She found her true calling in her passion that is painting. Trishna is now a full-time professional painter pursuing her passion to create and explore to the fullest. She says, “It’s a road less traveled but a journey that I look forward to every day.” Trishna also conducts painting workshops across Mumbai and other metropolitan cities of India.