How Cooking Helped Me to Find Myself Post Divorce 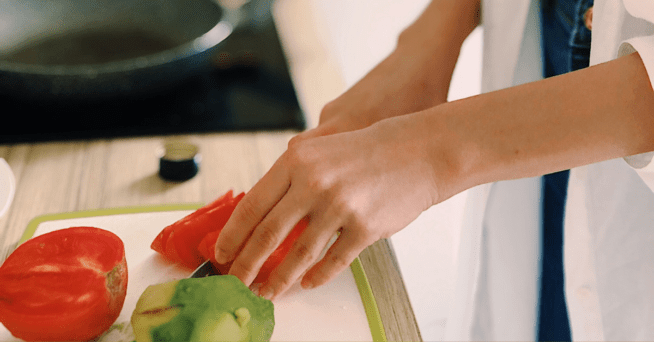 When I married my high school sweetheart, I thought our love would last forever. If we could make it through all the teenage drama, we could make a marriage last, right? Well, it turns out I was wrong.

Two kids and less than five years of marriage later, I caught him cheating on me with a mutual friend, one I’d known since kindergarten. To say I was devastated would be an understatement. We had built what seemed like a beautiful life together, but it was all a facade, one that came crumbling down when the truth finally came out.

As much as I wanted to make things work, I knew I could never trust him again. We got divorced the same year and, just like that, I was left without my husband and the person I once called my best friend. Meanwhile, life just kept chugging along. I still had to do laundry, wash the dishes and change poopy diapers, but now I had to do it all myself.

Yet, even in this chaos, I was able to find solace in the biggest chore on my to-do list: cooking.

Day after day, I prepared meals for myself and the kids — mostly out of obligation at first. At some point, however, I began to take pleasure in the slicing, dicing, mixing and mashing.

Using my hands to create something delicious and following a recipe step by step helped me focus on the task at hand rather than the grief and stress. I discovered that, if my kids were occupied and I could completely dedicate myself to the task of baking and cooking, I could achieve a flow state that was almost meditative in nature.

A quick Google search revealed that this phenomenon isn’t specific to me and my experiences. In fact, psychologists are now prescribing cooking as a form of behavioral activation therapy to help alleviate depression. Therefore, it’s no surprise that cooking helped ease my worry and despair, too.

Before my ex and I got divorced, I used to view cooking as a chore. Maybe it had something to do with him never offering to lend a hand in the kitchen, or maybe I felt underappreciated. Either way, cooking wasn’t fun. Now, however, I see cooking as an opportunity to express myself and engage my creative side.

One less hungry — and decidedly picky — mouth to feed meant less time worrying about how the food would turn out and more joy for the process. In the months following our separation, I found myself trying new pairings like sausage stew with kielbasa and hot apple cider. Vegetarian entrees also found their way into our kitchen, something I never would have considered feeding my meat and potato-loving ex.

In this way, cooking has allowed me the freedom to express myself and explore new foods and flavors I otherwise wouldn’t have tried. The mind-numbing predictability of meal plans is gone. Now, I can make substitutions and omissions at my pleasure. Ultimately, this newfound independence has improved my self-esteem and rekindled passions I thought had died long ago

Taking Care of Myself

Today, cooking is my ultimate form of self-care, which is ironic because it used to be my main stressor. All too often, I’d prepare dinner for my family and forget to make anything for myself. By that point, I was too tired to make another meal, so I’d nibble on leftovers from the kids’ plates. Of course, scavenging for scraps wasn’t remotely healthy, nor did it make me a very fun person to be around. Yet, I constantly put everyone’s needs before my own.

Now, I know that I must care for myself before I can properly provide or be present for anyone else. So I pour my heart and soul into cooking delicious, nutritious meals for myself, too. Prioritizing myself and my wellbeing is key to ensuring I’m both mentally and physically stable — as stable as one can be post-divorce.

Of course, I still try to meditate a few times each week and roll out my yoga mat at least once a day. But if I forget to practice these other forms of self-care, that’s alright because I’ll always have cooking to carry me through. After all, a girl’s gotta eat — and so do my kids — so as long as I remember to feed them, I can focus on staying sane and loving myself the way I deserve to be loved.

Despite the effect cooking has had on life after divorce, I’m still very much a work in progress. Finding myself after being lost for so long will certainly take some time, not to mention effort on my part. However, as long as I’m moving and breathing and baking, I know I’m still journeying the long road home. One day, I’ll be whole again but today, I think I’ll cook some lemon butter chicken. It’s all about the process, right? 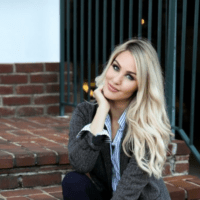 Kara Reynolds is the Editor-in-Chief and founder of Momish Magazine. Bio mom of two kiddos & stepmom of two kiddos – normalizing blended families is her ish. She enjoys peeing alone, pancakes, and pinot noir.