What I Learned from the FBI’s Best Hostage Negotiator 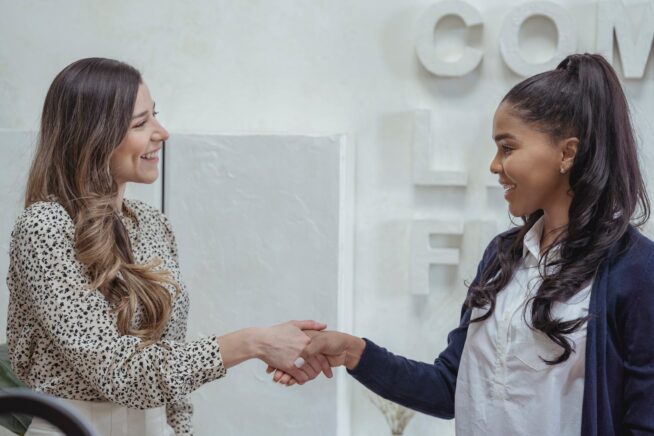 They kidnap your husband, they say they will kill him in 24 hours if you don’t come up with a million dollars.

What do you do?

You call up Chris Voss, the former lead hostage negotiator for the FBI.

Chris has saved thousands of lives in hostage negotiations. He’s negotiated against the world’s most maniacal terrorists.

He worked at the FBI for 24 years.

He wrote an excellent book about negotiation called, “Never Split the Difference“. I recommend it.

So I gave him a call. Chris, how can I get better?

He laughed when I met him. I said to him, “Did you fly here just to do this podcast?”

“I’m meeting the most interesting guy in the world,” he said. “Why wouldn’t I fly here?” 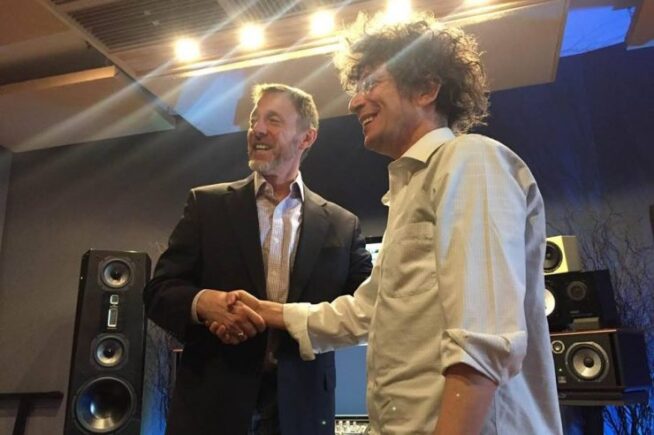 Flattery will get you nowhere! Nevertheless, I am effusively recommending his book and that you listen to the podcast when it comes out in a few weeks.

And I got a chance to sit down with him and ask him everything I wanted to know about negotiation.

I like to think that I learned from all the bad negotiations. Because at least in a bad negotiation, someone is good (the other side) and I can pick it apart and learn from it.

But much better was for me to simply meet the best negotiator in the world and ask him as many questions as I want.

This is the most important thing I learned while talking to Chris.

You always want to get more information in a negotiation with as little commitment as possible on your side.

They will keep talking.

Outsource the hard things they are asking right back to them.

Ask “open-ended questions” starting with “how” or “what”. Ask a lot of them. Be prepared in advance with your ‘how’ questions.

A lot of people think you get people to say easy “yes”-es so that when the situation gets more difficult, they are more primed to say “Yes”.

“Not true,” Chris told me. “People are too primed now to say ‘yes’. They know what you are up to. Get them to say ‘No’ first. That’s the starting point.”

How can I do that?

“Ask them a question like, ‘Do you want this project to fail?’ or ‘Is this situation not going to work out for either side.’ ”

They don’t want to fail, so they will say “No”. Now you can start to find common ground.

You can start to get empathy with the other side by listing the negatives on your side.

Then they start to agree with you.

For instance, you can say, “I know you might not trust me. I know you have had bad dealings in the past. I know you’ve had a hard childhood and this is the only way to make money.”

They will say, “That’s right”. And once you have empathy with them you can be a little more insistent on what it is you want.

“Nobody wants to feel powerless. If the negotiation is not going your way you can say to them, ‘Sounds like there’s nothing you can do’.”

“This will make them feel powerless. They will say no to that and now they will try to do something for you to prove they are not powerless.”

Then it appears (and it can also be true) that you are doing the homework and preparation to come up with an exact number that you can afford.

This is, of course, better if you have done the work to back up that specific number. Then it is hard for them to fight it.

Whatever they say, repeat the last one to three words. Do this as much as possible.

They will always say more.

Which goes along with:

Nobody wants the negotiation to end. They will keep talking and give you more information.

Your goal is you want to get them talking as much as possible. The more information you have, the better. And the more likely they will negotiate against themselves.

They need you as much as you need them. Most people don’t realize that in the heat of a negotiation.

That’s why they are in the negotiation in the first place.

If they put a deadline on, don’t feel obligated to meet it. The negotiation won’t end. They still need you.

THE POWER OF INFORMATION

“Turns out the negotiations would intensify every Friday. How come? Because they really just wanted money to party all weekend.”

“We ended up getting the negotiation down to $16,000 and by that time they had pretty much given up so the hostage was able to escape.”

This was a totally new one for me.

In Chris’s book “Never Split the Difference” he talks about how you have to use you ‘late night FM DJ voice’ when you negotiate to show people you are solid and serious.

I wasn’t sure what that meant. He showed me. He got his voice about half an octave deeper and he slowed down a bit between each word.

I practiced. It worked. It was almost scary when I listened to Chris.

It brought back memories of my dad being super serious about punishing me and I did not want to mess with him.

This is where I have messed up the most in my own negotiations.

And, by the way, I am not innocent. I’ve sold, or been involved in the selling of, over a dozen companies.

I’ve negotiated many many investments. Many sales of rights, inventions, patents, deals, etc.

I’ve been around the block. But I mess up. A lot. And “terms and conditions” are what get me.

For instance, it’s not just a number for salary.

There can be more open-ended things that need to be discussed and put down on paper like, “How can I best succeed at this job so I get a promotion/raise with a year?”

Or, “How can we work this out so I get an extra week vacation.”

In every situation there are extra terms and conditions that need to be worked out.

15 years ago, one expert negotiator, Dr. Larry Brilliant (his real name), who later became head of all of Google’s charity work, gave me advice, “Always make sure your list is bigger than theirs so you can give up the nickels in exchange for the dimes.”

WHO THROWS OUT A NUMBER FIRST?

I always have gone back and forth on this. It’s common sense to let them throw out a number first because maybe the number you throw out might be too low.

For one thing, your number might be so high that they stop trusting you. And as far as anchoring, know what your range is and if their number is too low then don’t let their number anchor you. “Be psychologically strong enough to not let them anchor you.”

Also, if their number is too low you can get back to the open-ended ‘How’ questions. Like, “If everyone else in my industry is paid ‘X’ then how can I go with the number you suggest?”

“Don’t go crazy over this. Since you don’t want to over-prepare. But get your “how”‘ questions ready. Your ‘no’ questions.

List your negatives down on a piece of paper. Figure out your terms and conditions in advance.

Do some basic work so when you come up with specific numbers you can back it up.

I said to him, “You should be a couples’ counselor.” Thinking of the 10+ couples therapists I’ve visited in the past 20 years.

Thinking of all the bad negotiations I’ve had in (now -ex) relationships. Thinking of the hardships caused. The pain.

He laughed, “These techniques are good for all situations really. That’s what I love about what I do.”

I can’t even imagine negotiating against him but he told me one story about working with his son.

One of his colleagues came to negotiate something with him. His son was there also.

They were talking for about an hour when his son started laughing. “Dad! Don’t you see what he’s doing? He’s been mirroring everything you’ve been saying for the past hour and you just keep talking.”

“I’m an assertive person,” he said, “so it’s easy to get me talking. My colleague was using my own tricks against me.”

Even the master can be the student.

The key to success is to approach everything with humility. To know that there is always something new to learn in this surreal art of being human.

I think I’m too much of a sucker. I’m afraid every threat is true. And I want to please everyone. I want people to love me.

Next time my daughters negotiate with me I’m going to have to call Chris for coaching.

But maybe I will let them win anyway. Love will beat me in a negotiation every time.