Five Things You Start Doing Differently When You Know Yourself Better 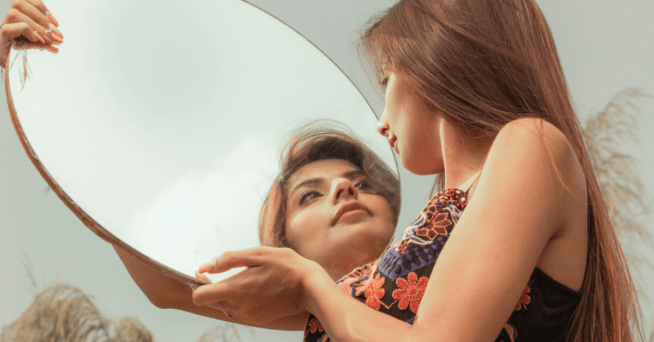 I’m still looking for someone who can confidently say they know themselves fully. I’m yet to find one. But I’ve met many people who are on the journey of understanding themselves better. Every day, they recognize a trait, a strength, an element in their character they never knew they possessed.

Chances are, you’re one of them.

Here’s the thing; every discovery sets you on a path to do things differently. At times you notice it. At times you don’t. If you want to evaluate whether you’re doing an excellent job of knowing yourself better, check out these factors.

Sticking to Your Convictions.

For many of us, having a conviction or opinion about the things that matter to us isn’t the problem. Sticking with it and being consistent is.

When most people are convicted about something, they start strong but lose the zeal somewhere down the line when they fail to get support from others. Or they simply hop to the next shiny idea.

However, when you know yourself, you see the validity of your opinion. You stick to it, voicing it whether or not others concur with you. You’re not wishy-washy. Nor do you don’t change your mind like a shifting shadow no matter how much opposition you get.

This is the true mark of authenticity. It’s what empowers people to make a lasting impact. It’s why the name of Greta Thunberg isn’t about to leave our lips any time soon.

Seeing the Real Picture, Not the Silhouette.

If you ask anyone who has navigated the murky waters of a relationship breakdown, they’ll quickly attest to this truth: There are always two versions of a person — who they want you to see and who they are. My divorce taught me this.

But I’m no saint; I’ve winged my way into situations, faking my character to get what I want. And yes, I’m totally appalled. But now that I know myself better, I’ve come to understand the reason for this. It’s our nature to crave love and acceptance. To impress.

I had to grasp this truth about myself first before I could understand the same about others.

When you identify and reconcile this inherent need, you start to realize that people show you the version of themselves they want you to see, not what’s actually there.

In the same breath, knowing your shortcomings makes you more accepting of people’s imperfections. You find yourself replacing your judgmental hat with that of acceptance.

Stepping Out of the Ring.

I recently read a book by an accomplished salesman. He said he knows people who hate his guts, make assumptions about him and drag his name through the mud. And yet they buy every single product he launches, not because they love it, but because destroying it makes them feel better.

Aren’t we a strange species?

Money aside, this guy doesn’t hit back despite the hurt. Not only because he doesn’t see the point, but also because he understands people only throw stones at trees that have fruit. Talk about a dude who knows himself.

Most importantly, he knows how the world works — that lurking in the shadows, haters will always be present, ready to shred you into pieces. And yes, at times, we’re pushed too far. I’ve gotten into the ring with a troll.

But later on, upon viewing myself in the new light of my self-worth and respect the desire to keep punching dissipated like smoke in winter. I stepped out of the ring.

All this to say that something shifts when you become aware of your value. It becomes clear that you’ve got nothing to prove and are less inclined to hit back every time someone rubs you off the wrong way.

Confidently Blazing the Trail for Others.

Don’t you just love the person who holds your hand, guides, and whispers encouragement, so you’re not fumbling through the maze of life? Such people are everywhere, in the glare of the public limelight as well as the solitude of privacy.

Whatever the case, there’s one common thread running through them: These guys know themselves — their abilities, talents, and wisdom. The reason they step out to empower others is that they understand the value of being led.

You see, part of knowing who you are is recognizing that you have something to offer. When you do the inner work, you discover your authentic self and your unutilized potential. The reality is, no one glides to this earth empty-handed.

“Your story is what you have, what you will always have. It is something to own.”― Michelle Obama,

It took me years to accept and embrace my fragmented story of being a single mom. Back then, single motherhood was frowned upon where I hail from. Thankfully, most emotions feel lighter when you discover they aren’t unique to you.

When you view them through the lenses of other people, your fog gets lifted.

People who make you feel less alone have one common thread running through them: they’re well acquainted with themselves. It’s why, rather than crumble under every obstacle, they keep going. Many people have touched my life in this way, but today, let’s mention someone relatable to both you and me.

At an interview, Michelle Obama said, “I tell my mentees, I tell my daughters that our first job in life as women, I think, is to get to know ourselves.”

I’d add that the same applies to dudes. This high-value woman also properly encapsulates what it means to own your past. She has repeatedly laid down her struggles for the world to see and hasn’t apologized once.

No matter how eventful, uneventful, or traumatic, you’ll find something buried in the crevices of your past. From nuggets of wisdom, you can apply in your current life to paths you should steer clear of. Your story shouldn’t be a history you run from.

Then, you can pat yourself on the back because you’re doing an awesome job of knowing yourself better. You’re shedding the old self and upgrading into a renewed version. Keep going! 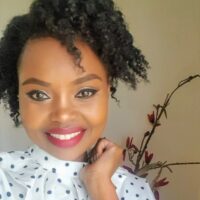 Leah Njoki is a former flight attendant turned writer who thoroughly enjoys her morning runs. But her greatest joy is that of being a mom and wife. She’s passionate about self-discovery, growth, and inner fulfillment. Her writing resonates with thousands of readers. You can read her work on ownyourspark.medium.com & on her site here: www.ownyourspark.com.

Image courtesy of the framestreet.