Risky Decisions That Turned Out Well 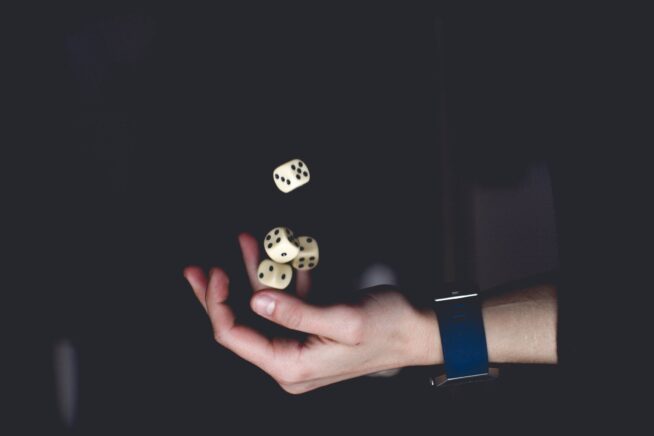 Strategy: To increase your risk tolerance, remind yourself of risky decisions that have turned out well.

As with the list of things you’ve done that few other people have, this is not merely a list of accomplishments. The key point is to identify risks you’ve taken, bold moves, and other decisions you made that could have gone south but ended up paying off.

Of course, what’s “bold” for you may be different from me, and vice versa. But here are a few of mine:

Traveled to Pakistan and Saudi Arabia without a visa

I was especially nervous about these trips, and for good reason. In both cases I had tried extensively to get the visa in advance with no luck. In Saudi Arabia, there was no such thing as a tourist visa at the time. After much discussion (I was taken to some sort of holding room and left by myself for an hour) they decided to let me stay but held on to my passport for the duration of my visit. Pakistan was a little less intense, but it was definitely an issue upon arrival at immigration in Karachi.

I should note that I also made this risky decision with Eritrea (again after many failed attempts to get the visa in advance) and it didn’t work out so well. There I was deported in the middle of the night on an Egypt Air flight, leading to a heated discussion on my blog as to whether this counted as a country visit or not.

Rented an art museum for a conference before anyone had registered

While I was traveling to meet readers in all fifty states on my first book tour—another risk, now that I think about it—I had the idea to invite many of them to a conference in Portland, Oregon.

I had never produced an event before, nor did I know much about event planning. The few friends I asked to join the team also had no background in running events.

But it all worked! Far, far better than any of us expected, in fact.

One of the scary parts was going to talk to the people in charge of venue rentals at the Portland Art Museum. I loved the space and thought it was perfect. It was also expensive. The event team asked a lot of questions that I had no idea how to answer, and in retrospect I’m sure they thought I was in over my head—and they weren’t necessarily wrong.

I had to commit to the venue rental, A/V rentals and crew, catering, permits, insurance, and a ton of other expenses before anyone had registered for the event.

But again, it worked. People came: 440 of them, in fact. And then they came back the next year and then the next. Good decision!

Since then, more than 10,000 people have attended the World Domination Summit. I lost something like $28,000 that first year, but in retrospect it was one of the best investments I’ve ever made. 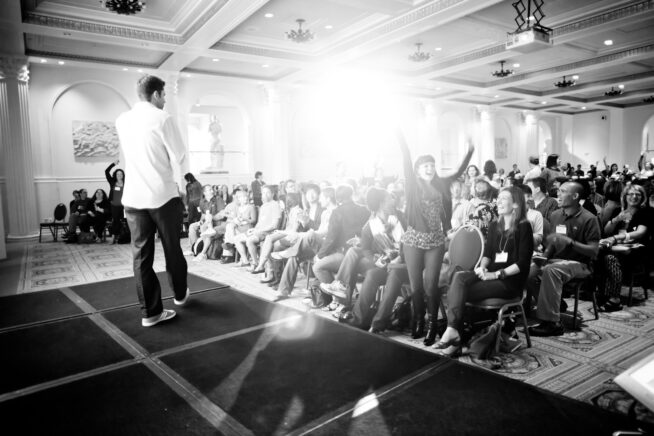 Here the biggest thing that was risky was that I committed to tell a different story in the form of a case study every day. When I started I had five stories recorded and maybe another fifteen in mind. What would happen after week three?

It was a gamble, and thankfully it paid off. The show debuted at #2 on iTunes and ended up being downloaded millions of times. Even better, I kept going after a year. We’re now passed 1,700 consecutive daily episodes and I’m planning to renew for another year.

But let’s go back to the risk: I trace much of the successful outcome to the commitment to do it daily. Very few shows were published that frequently when I started Side Hustle School, and I think many early listeners appreciated the consistency of it.

And it’s not just the listeners. For me, it’s easier to do it every day than it would be to do it two or three times a week. When something has to happen every day, it gets done. Once you start playing loose with the schedule, everything falls apart.

I didn’t know what I was doing and I’m not sure I could have even explained what a blockchain was at the time, but it seemed like a decent way to achieve some asset diversification. I don’t expect to ever sell it, and my biggest regret (at least in terms of Bitcoin…) is not buying more.

I now think of investing small amounts of money in digital currencies as a classic asymmetrical risk: potentially a high reward with a relatively low downside. Go in on dog money, everyone!

Chose to write a blog full-time instead of pursuing a Ph.D.*

*Longtime readers may recall that this choice was largely made for me—in 2008 I was rejected from nearly every program I applied to!

But I don’t usually take no for an answer, so some version of myself would have shown up at Princeton anyway and just started attending classes. Who knows if that risky decision would have paid off, but I’m glad I chose the other one. In the end, the “risky” choice to pursue full-time blogging (and eventually writing books) has been far more rewarding than I ever anticipated.

Aside from these highlights, I can think of a few others that are too personal for this blog. Then again, this post is about risky decisions—so perhaps I’ll do a follow-up.

What risky decisions have you made that turned out well?