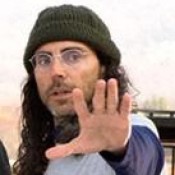 A onetime actor/comedian and the youngest writer to work for comedy legend Bob Hope, Tom Shadyac’s writing/directing career was launched in 1994 with the Jim Carrey smash hit Ace Ventura: Pet Detective. In the years that followed, Shadyac would establish himself as one of the most prolific comedy directors in Hollywood while working with some of the biggest names in the business.  Huge hits such as Liar Liar, The Nutty Professor, Bruce Almighty, Patch Adams, Accepted , and I Now Pronounce You Chuck and Larry, have helped establish Shadyac as one of Hollywood’s most successful writer/director/producers.

In his latest project, a documentary entitled I AM, Shadyac asks some of today’s most profound thinkers, two questions – What’s wrong with our world, and what can we do about it? This moving, inspiring film won the Audience Choice Award and the Student Choice Award at the Mountain Film Festival in Telluride Colorado, where it premiered in May.
Giving

Special Message On Helping Others From Tom Shadyac [VIDEO]