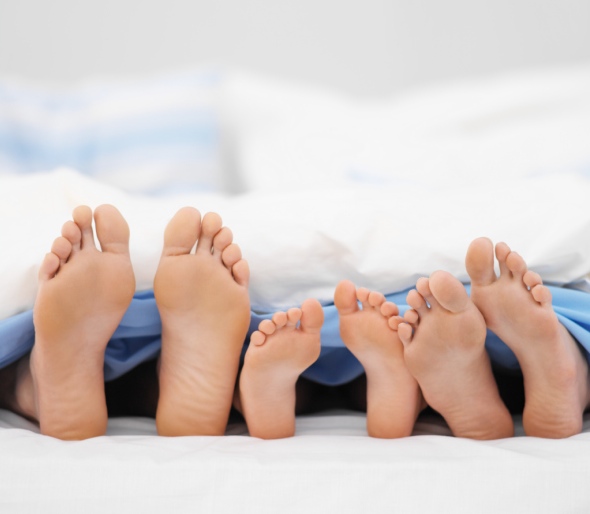 If you are a married couple with children, often times considering divorce seems a way toward freedom from the mental demands of a nuclear family—managing careers, lack of sleep, lack of intimacy, and the myriad scary compromises one has to make as a modern-day parent. You may be wondering if it is all worth it.

I have some grandmotherly, old-fashioned advice. And, I am going to support it with evidence.

First, you are not alone in experiencing a reduced sense of well-being. Dissatisfaction with the post-children marital relationship is a growing trend in our modern and increasingly individualistic society. This is a conclusion reached by a study conducted by the psychologists Campbell and Twenge in 2003. This dip in marital satisfaction is well supported in academic research as reported by the 2008 NPR program, “Kids may not be bundles of joy,” the popular 2010 New York Magazine article, “All Joy and No Fun,” and 2011 report, “The Global Perspective on Happiness and Fertility,” presenting a study conducted in 86 countries, ranging from Tanzania and El Salvador to the United States and France.

In other words, you are going through a perfectly normal phase in your marital life, so you can relax and take a breather. And now, my advice:

Stick it out till the very last drop of  blood.

Dramatic? Yes, it is. Still, consider the next two pieces of evidence that support my advice to stick it out:

A major scholarly study released by University of Chicago sociologists challenges the assumption that staying in an unhappy marriage is asking for eternal misery, and getting out will mean happiness in the long run. Not so simple. This study concludes that people who divorce are not necessarily happier than the ones who choose to stay. More interestingly, two-thirds of those who stayed in the unhappy marriage reported being happy in their marriage five years later. The increase in marital satisfaction is especially true for couples who reported their marriages as “very unhappy” and remained together.

The next piece of evidence to support my advice is a long-term study from UC Berkley, showing that as a couple moves into older age, their marital satisfaction increases when children leave the nest to be independent.

Both these findings together suggest that it may be worth staying together—not just for kids or financial reasons—but for the increased marital happiness awaiting you.

As a couples therapist, I would like to suggest a few key points to keep in mind to make waiting it out easier, and the future increased marital satisfaction more meaningful.

1) Make it an “active” waiting it out, not simply numbing out.
“Active” wait could mean a few different things: sometimes letting go of your demand; sometimes looking for different ways to communicate your demand to your partner; and sometimes looking for other ways to fill your “personal needs bucket.” It may include arguments, and they may get intense, but it’s better than numbing down. (Just keep it away from children—that’s a “must.”)

2) Look for ways to keep at least some sexual intimacy alive.
Never give up on that completely.

3) Reorient yourself to the “meaning” your kids bring to you.
In spite of the literature pouring from academic circles on the reduced sense of well-being while raising young or adolescent children, most parents think of their children as the most meaningful thing that has happened to them. Whether raising kids takes a toll on the marriage or not, it creates a fiercely protective, all-engaging, and “primal” joy, as chronicled in “Parenting and Happiness Pair Well Despite What You Read” published in Politics Daily. This suggests that your life has a source of meaning and joy, a potential antidote to allow you to go through the troubled marriage for some time.

So don’t be so quick to throw in the marital towel. Be patient. And one last word of advice:

Make the process All Joy and Some Fun!

Swati Desai, PhD, LCSW, is a psychotherapist and meditation teacher at The Akasha Center for Integrative Medicine.