Would You Rather Be Right Or Happy? [BLOG] 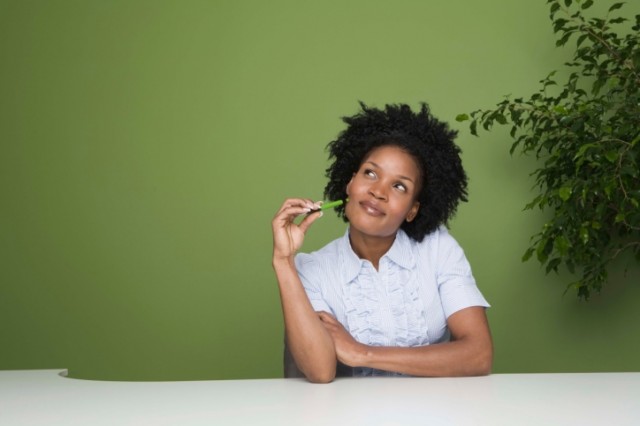 Recently a friend of mine (whom I really respect and admire) did something that upset me greatly. My immediate response was to go into self-protection mode and attack back. I called several friends to complain, I cried, and then I swore I’d never speak to her again. Though I didn’t directly attack her with my words or actions, I had her in a headlock with my attack thoughts. This internal drama went on for weeks.

As a student of the metaphysical text A Course in Miracles, I’m well aware of how the ego (our fearful mind) reacts to the feeling of being attacked. The Course teaches that the ego speaks first and loudest, squashing and silencing reason. In this case, my ego was at the frontline with a megaphone and a sledgehammer. This ego reaction totally took me down. As time wore on I began to pay attention to the way this resentment was affecting my energy and my happiness. My need to be right held me back from any chance of forgiveness and release.

The ego is unforgiving in relationships. The ego responds to attack by attacking back—and this pattern can persist for months, years, even a lifetime. When we hold on to past resentments in relationships, we replay the negativity and rehearse the role of victim on a daily basis. To make matters worse, we carry that same resentment into new relationships, placing blame and doubt onto innocent people. The ego’s need to be right in all situations drains our energy and keeps us stuck in a dark illusion.

A Course in Miracles asks, “Would you rather be right or happy?” Clearly, the loving response is to choose happiness over the ego’s need to be right—but happiness can be hard to achieve when you believe you’ve been deeply wronged.

A lack of forgiveness hurts us in nasty ways. When the ego blocks us from forgiving, we inevitably take on certain fearful archetypes. Here are some of the personality traits we pick up from the ego’s unforgiving way:

When we’re unwilling to forgive, we wake up each day and rehearse the role of victim. We hold tight to our past hurt and resentment, replaying it in our mind over and over again. This automatic replay reinforces the ego’s illusion and strengthens our perception of being the victim. Eventually we identify so closely with the role of victim that we begin to establish that dynamic in all our relationships.

When the ego feels attacked, its immediate response is to attack back. The ego has faith in fear and believes that we’re at the mercy of a cruel world. So it keeps its boxing gloves slung over the shoulder, always on alert to fight off an attack. These defensive thoughts and energy bleed off the angry boxer and inevitably create more negative experiences. It’s a wicked cycle.

The Shut-Down and Protected:

This is the person whose ego has convinced them to shut themselves off from the world for fear of being hurt again. The shut-down person lives small, hides out, and evades all potential conflict by avoiding intimacy altogether.

These are just a few of the many ways the ego’s lack of forgiveness holds us back. Letting go of our need to be right and surrendering to forgiveness is the only way out of the ego’s unforgiving nightmare. If we truly want to enjoy our relationships, we must respect them through the miraculous act of forgiveness.

If we’re lucky enough to come to a place of surrender we’ll put down the boxing gloves, come out of hiding, throw down the F Word and forgive. The process of forgiveness requires willingness to see things differently. A Course in Miracles suggests we use this affirmation: “I could see peace instead of this.” The Course doesn’t suggest we pretend like nothing happened—rather, that we acknowledge our ego’s experience and choose to perceive it with love.

A daily practice of willingness is our greatest guide to truthful forgiveness and release. Another powerful affirmation for reinforcing the forgiveness process is to say, “I’d rather be happy than right.” Choosing happiness is always the path of least resistance. When you confirm your commitment to happiness you weaken your faith in resentment.

Finally, it’s important to commit to releasing the victim mentality. If you honestly want to release your resentment you have to no longer want to be the victim. We often get caught in the role of victim because the ego thrives on it. Getting out of this role requires a commitment to see things differently. If you’re the angry victim, try this powerful prayer from the Course: “I am not the victim of the world I see.” Whenever you notice yourself getting caught up in victimhood, simply say this prayer and gently remind yourself that you’d rather be happy.

Choosing happiness is a full-time job. We have many obstacles that get in the way of our peace, so we must commit to letting go of petty resentments, victim mentality, and fear. We must surrender to love.

I took these steps into my forgiveness practice and surrendered to the willingness to be happy rather than right. After a week of full-blown surrender I experienced a quantum shift. In my morning meditation I began to think about the friend I’d been resenting. In that instant an overwhelming sense of love came out of nowhere. My inner guide led me to call on love and experience a tremendous sense of gratitude. In that moment I released her. I cried with joy as I let go of the petty resentment and opened my heart to forgiveness.

Then ten minutes later I checked my email. There was a message in my inbox from that same friend! In the same instant that I released her, she sent a loving email acknowledging how proud she was of me. I laughed at the little wink from the Universe and I relished in the miracle. Love has the power to transform any situation; you just have to choose to be happy rather than right.

* The book, A Course In Miracles, Gabby refers to in this blog can be found HERE.

Featured in the New York Times Sunday Styles section as “a new role model,” motivational speaker, life coach, and author Gabrielle Bernstein is making her mark. Expanding the lexicon for the next generation of spiritual seekers, Gabrielle is the #1 bestselling author of the book, Add More ~ing to Your Life, A hip Guide to Happiness. In September 2011 Gabrielle launched her second book, Spirit Junkie, A Radical Road to Self-Love and Miracles. In 2008 she launched her social networking site HerFuture.com for young women to find mentors.