A Recipe for Healing 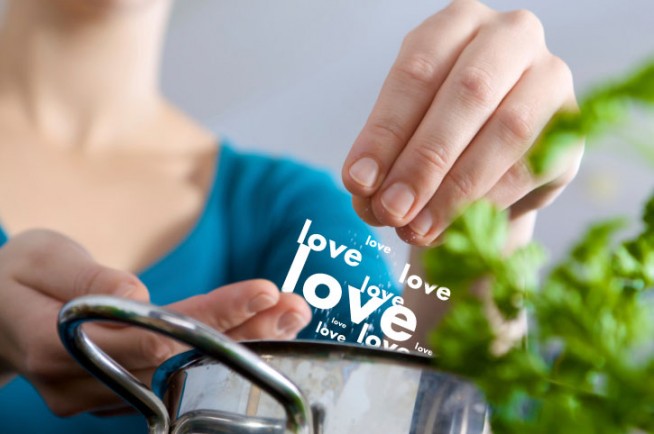 I think we instinctively knew that something was very wrong with Tony.

When I arrived at Tricia’s home I knew this young recently divorced mother and three teenaged sons had been through the wringer. Her hair was disheveled, her eyes had lost their sparkle, and her posture and overall demeanor was uninspiring to say the least.

The purpose of my initial interview and meeting is to find out if they really need help getting dinner on the table. It was obvious that they needed help—and I had no doubt that all across North America there were families going through the same situation—so it was a perfect fit for my show.

When I asked if the boys were expected to participate in some of the weekday dinners, Tricia’s answer was abrupt and firm, “They have too much going on right now. Their father has left, and the last thing I should be burdening them with is cooking dinner—I need to give them that!”

Wow! Here is this sad, tired, hurt, and beaten-down woman, mothering three teenage boys, working two jobs, and she felt having her teens make dinner would be too much of a burden on them! On top of all that, Tricia had suspected Tony, her thirteen-year-old, was taking drugs.

I sat down with the boys, separate from mom, and asked how they felt about cooking. Two of them said they actually really enjoyed cooking. One of those boys was Tony. The third and oldest son said it was “Just OK.” I asked why they currently didn’t cook much. Their response was unanimous, “Mom knows how to make the stuff we like, and we don’t know how!” I went through pictures of meals and they picked out several they thought they would love to eat. I asked if they would enjoy easing mom into allowing them to cook—they thought it was a great idea. (The most enthusiastic responder being Tony!)

I worked with Mom and got her to cough up the boys’ favorite recipes, then said my goodbyes and informed them that they could help hundreds of thousands of families through their situation, and that I would be back with a film crew in eight weeks.

Upon our arrival eight weeks later, it was obvious that Tricia was even more tired than when I had initially met her. And Tony looked horrible. It appeared they had both taken a turn for the worse. As I worked through the meals and how they would take turns, the tension became knife-cutting thick. Mom had convinced herself this was her job, to the point where she even rattled off a snarly remark at me, implying that I was not listening to her needs, when Tony barked out, “Mom, you’re not the only one who’s hurting!” and stomped off.

We thought we lost Tony for the show. Tricia started to cry, so I asked the crew to take a break. I gave Tricia a big hug and repeated some things I had brought up at our first meeting—only now she was ready to listen. I explained that teens view cooking as a form of independence. Their creativity can blossom the more they learn how to prepare meals. In situations such as divorce it can even act as a sort of drug, “I can have control over something!”

The show carried on with all of us enjoying the interaction, and witnessing the healing unfold. We heard the odd, “But mom, you’re exhausted and I like to cook. Remember, I tried to get into Home Ec?” There were smiles and conversations, and as we wrapped the last cameras and cables the entire crew knew we had witnessed a transformation that stood apart from others we had experienced.

About a year after the show had aired, Tricia sent me a beautiful note. She thanked me for helping her to understand that by trying to do everything on her own, the kids were losing her, too. She thanked me for respecting their privacy and not letting the world know that she suspected Tony of becoming a drug addict. But mostly she wanted to let me know that since the taping, Tony and the other boys had not only returned to their fun loving selves, but that Tony had taken over the kitchen and announced he wanted to become a chef! I cried and cried.