After the Election-from Choosing Our Leaders to Embracing One Another 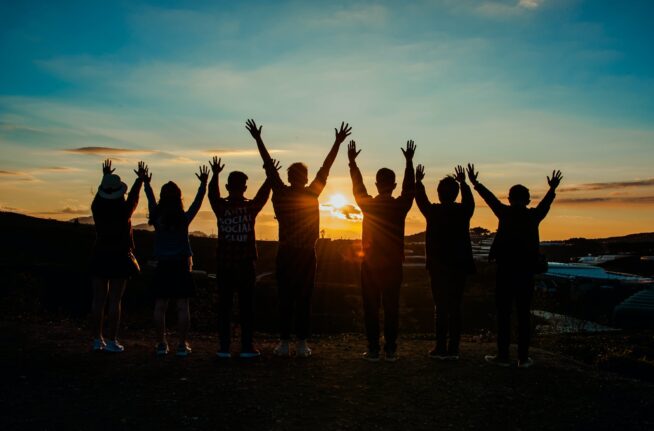 Said the Rabbi; When Abraham heard of God’s intention to destroy Sodom and Gomorrah, he didn’t ask God to save his friends. He didn’t make distinctions based on faith or race, ideology or affiliation. Abraham did not discriminate. He sought to save them all, without exception.

God had already told him of the evils of Sodom and Gomorrah, so Abraham could not have been naive. Why, then, did he seek to redeem them all? Was it not enough for him to demand justice for the innocent only?

While others might have made distinctions between good and bad. Abraham saw only fellow human beings. He saw souls in need of redemption.

We, the children of Abraham-Jews, Christians. and Muslims alike-together with all the people who share this great and blessed land we call America, desperately need to reclaim the vision of our founding father: to see each other as sisters and brothers. We need to learn once again to see our neighbors as ourselves, to love out neighbors as ourselves, to acknowledge that our diversity is a blessing, to find unity without demanding uniformity.

Elections, by definition, are partisan. Yet daily life need not be so divided. God made us different and diverse, and yet we are fundamentally all the same-we are all human. We need to reaffirm this truth to heal the soul of our nation. Let his be our focus in the days ahead. Let us move from choosing  our leaders to choosing to embrace one another.

May peace descend upon us and our entire nation, and may it bring wholeness and healing to our hearts.

Image courtesy of Min An.