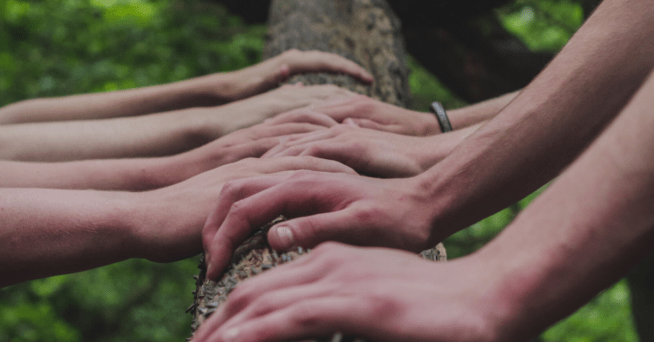 My colleague rabbi Hily Haber has written about the story of fratricide in the Bible when Cain out of jealousy kills his brother Abel God calls out to Cain: “What have you done? Listen! Your brother’s blood cries out to me.”

Why does the human story open with murder? It is to teach us three lessons.

First: life is sacred. We learn this from the beginning, every human being is made in God’s image.

Second: because we are made in the divine image, our lives possess infinite value.

And third: all humanity is a single family.

The bible uses the plural and says “Your brother’s ‘bloods’ cry out to me to teach us that not only was Cain’s blood shed, but the blood of all his possible descendants. And so it is with every death; an entire world disappears. The Hebrew maxim actually says “If you save one life you save a whole world.”

“Listen!” God tells us, “Listen! Your brother’s blood cries to me from the soul. Today our American soil is stained with the blood of Black men, women, and children It cries out with the blood of George Floyd, Breonna Taylor, Ahmoud Arbery.

American hero Bryan Stevenson challenged us to view the protests in the context of America’s racist past, He told the New Yorker; “Everything we are seeing is a symptom of a larger disease…The great evil of American slavery wasn’t the involuntary servitude; it was the fiction that black people aren’t as good as white people and aren’t the equals of white people, and are less evolved, less human. less capable less worthy, less deserving than white people.

We ask ourselves: “What can grow from a land stained with blood?  How can we heal this country and come close to our cherished American ideals of liberty and justice for all?”

Let despair not have the last word. Says the rabbi, “Let us illuminate this dark night together. May we hear the cries of our brothers and sisters-the silent screams of the dead; the calls of those who suffer, summoning us to stand with them. May we join our voices with theirs and with the groundswell of voices calling for change from every corner of our country.”