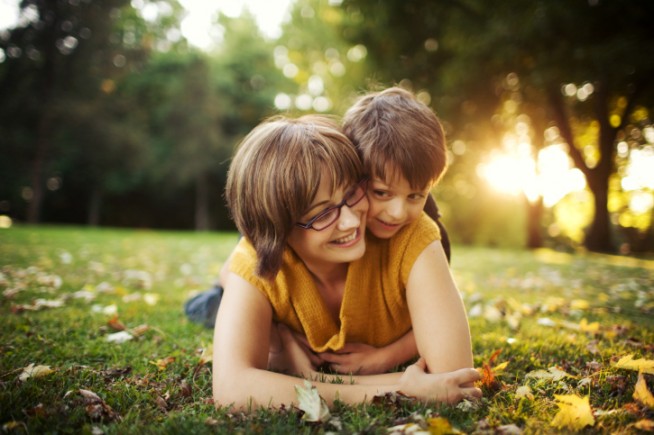 I. On Brain Science and Why That Pertains to How I Love My Kid

I’m done being RIGHT. I want to learn and teach LOVE. Is it possible that I’ve lived forty-one years trying to be seen as “right” at the cost of true love in my closest relationships? And would you believe that the person who’s taking the most heat for my “habit” is not yet six years old? For the past year I’ve been watching every iteration of this habit of being “right,” especially with my son. All I can see is that he began to take it on for himself. And I’ve spent long enough sacrificing valuable connection with him, so I’m getting rid of this need to be the one who’s right.

Here’s the most chilling bit. “A child enveloped in a particular style of relatedness learns its special intricacies and particular rhythms, as he distills a string of instances into the simpler tenets they exemplify.” (excerpt from A General Theory of Love.)  Translation: if I am insecure, distracted, fearful, or angry, my kid will make those states and behaviors HIS baseline. His brain creates neural pathways to both cope with, and imitate, what I do. And in my man Bentley’s words—you will want to write this down—“You want your kid(s) to have none of your bad qualities? Get rid of them.”

I don’t want another human on planet Earth who is only interested in being RIGHT. My mission is to cultivate a quality of calm that suffuses my behavior in any context—even when my brain wants to be “right.” I’m done wasting time and energy this way.

Onto the good news. Revision is possible. According to A General Theory of Love, “every choice, every bit of life impinging on the brain changes some of its links.” So although we have generated neural pathways based on what we experienced, each time we create new roads in our minds via attentive behavioral shifts, the microscopic structures in our brains are rewired—“transforming us from what we were into what we are.”

II. What are We Teaching?

Drs. Lewis, Amini and Lannon, authors of A General Theory, discuss the limitations with which neurons communicate amongst themselves, within a vast expanse of possibility. We know that anger never comes with a smile. We know that happiness never comes with blood-curdling screams of fear. But within the obvious boundaries such as those, there is one great variability: our experience.

Our genetic code “calls some synapses into being, while experience engenders and modifies others.” Genetics direct the construction of the neural scaffolding, which serves as the framework for the architecture of our personality; but our experience molds connections beyond genetics – which means loosely that our “personality never rests.”

We are not just ONE way; we cannot say “that’s just how we are”—really. Anytime we choose, we have the privilege of recreating our personality within the structure of the genetic neural scaffolding, and in so doing, we can create momentum in the world for those closest to us to do the same. To redesign the habitual temper I’ve historically used to express my frustration if I’m not acknowledged as “right,” it took a coach and a real set of promises and consequences—Handel-style—to get me on track. Here’s why the method works.

Take language for example. Our native language is one of many possible auditory experiences; from the original scaffold for hearing and comprehension, unused neurons expire and others flourish. If I grow up in a house that speaks Hebrew, the neurons that would be used to hear Japanese will ultimately perish.

In the same way, we have “scaffolding” for many possible states of being. The developmental progression outlined in General Theory follows the path of general scaffold (what’s possible to be built), onto neuronal thinning (if it doesn’t get emphasized, the neurons to support such a behavior/capacity literally die out), to the creation of a specialized template (a blueprint is created for the development of said possibility according to what is emphasized) and evolving configuration (there are still many possible re-calibrations based on our changing environment).

So what we don’t see won’t develop, and what we do see has a good chance of thriving in us. But we CAN create new pathways and possibilities, anytime. Right now.

My neurons were situated early on to go directly to anger and contracting fear when confronted and seen as “wrong.” I learned how to storm away noisily so I’d be heard when I felt I wasn’t validated. Now when I see myself storming away, instead of that angry dance, I can see the fear, the frustration, and the dread present in my body, and talk about that instead of creating drama for everyone. And from this concept of “evolving configuration,” I now understand that even if I have a deeply ingrained tendency, I can still evolve.

I can be honest with my son; when he is doing something that isn’t okay, I can tell him that what he’s doing is not okay, but at this moment I’m not sure what to do about it, but I no longer want to have anger in my space. Now we both can press the pause button—in that moment we honour our shared vulnerability. A very different pathway than the one that moved our feet to leave and dramatically slam the door.

So what are you teaching your children? How to be afraid? How to lie? How to worry? One last time I will say it out loud: I’ve taught my kid how to slam doors and scream in my face. The sooner I copped to this negativity I’d taught him, the sooner he learned from my humble repositioning. If we go through life being an adversary to the world, our kids will grow up just like that. If we go through life seeking teammates, acknowledging our faults, and listening well, so will they.

This is crucial. If I continue to blame anyone else for the perpetuation of my own reactivity, I’m hosting blame in my body. That blame generates and upholds neural connections that keep me convinced that someone else is designing my life, when it’s really just me. I chose to take what I took from my upbringing. I chose to perpetuate this door-slamming crazytown. I love my family, I’m no longer blaming them, I picked them perfectly so I could learn this, and I’m also in a deep state of respect for all the delicious times we’ve had and continue to have.

So how do we re-pattern the blame as well as the behavior at the source of it? Whether it’s shyness or a short temper, we possess the potential to redesign all of our habits and tendencies, as ingrained as they may seem. The Handel Method has us designing promises and consequences so we can take actions that line up with our highest dreams rather than continue to feed our reactions.

Recently in my process of being coached I wrote down the behaviors I am releasing and how I’m shifting them. Each has promises in place to shift the behavior, and it’s working.

From fear to trust. From anger to listening. From yelling to pausing. From attention-grabbing martyr to healing Mama.

Diane Ackerman wrote “In loving relationships…brain and body really thrive. During idylls of safety, when your brain knows you’re with someone you can trust, it needn’t waste precious resources coping with stressors or menace. Instead it may spend its lifeblood learning new things or fine-tuning the process of healing. Its doors of perception swing wide open.” I wanted that for my son, and now he can have THAT experience, doors of perception wide open, learning, living, trusting, and knowing. And singing. All the time.

Have you witnessed someone redesigning a bad habit into a great one? I’m working with just a few clients as a coach now; it’s a true privilege to watch. I’ll repeat: each time we exercise our minds and create new roads in our minds, the microscopic structure of the brain is rewired—“transforming us from what we were into what we are.”

Parents: check out my Wanderlust Speakeasy, entitled “Spiritual Parenting: Evolving Your Lineage” in Vermont this summer.

“In this raw and real perspective on the path of parenting, Elena brings humble honesty to bear on the topic closest to her heart. Learn how limbic resonance clearly shapes our own earliest emotional intelligence, and explore how you can design your parenting and relating to your kids to be proud of who you are – in order to evolve and heal your own energetic and actual relationships to your parents in the process.”

Elena Brower, founder and co-owner of VIRAYOGA and Art of Attention, offers a realistic and reverent approach to the world through her teaching and writing. Her first book, Art of Attention: Book One, will be released in late 2012. For more on Elena please visit her WEBSITE or on FACEBOOK or TWITTER.