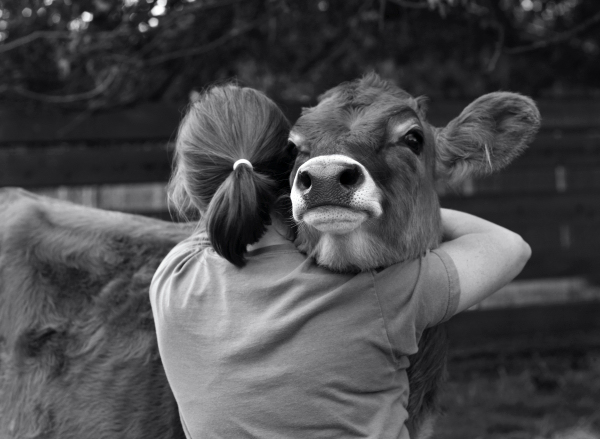 Last week, an international group of scientists signed The Cambridge Declaration on Consciousness, proclaiming their belief—based on decades of research—that animals are indeed conscious and capable of experiencing human emotions.

While that may sound like a “duh” kind of declaration to animal-lovers, it’s actually a big deal for such a prominent group of scientists to openly acknowledge that they believe nonhuman animals possess conscious states similar to humans. Much of the research done in the medical and biological sciences relies on animal test subjects, so this statement could have significant implications in coming years.

“Convergent evidence indicates that non-human animals have the neuroanatomical, neurochemical, and neurophysiological substrates of conscious states,” write the scientists. The list of animals named in their declaration includes all mammals, birds, and even the octopus.

So in the spirit of celebrating the inner-life of animals,
here are five pictures of animals expressing what looks to be love toward their human friends:

See more pictures of cute animals doing everything from sharing their intents to practicing yoga on Intent Blog.

Chelsea Roff is Managing Editor for Intent Blog. She is a speaker, survivor, and advocate writing about women’s health, humanitarian issues, and the intersection of science and yoga. Check out Chelsea’s website and follow her on Facebook and Twitter.