Be Yourself: No More, No Less 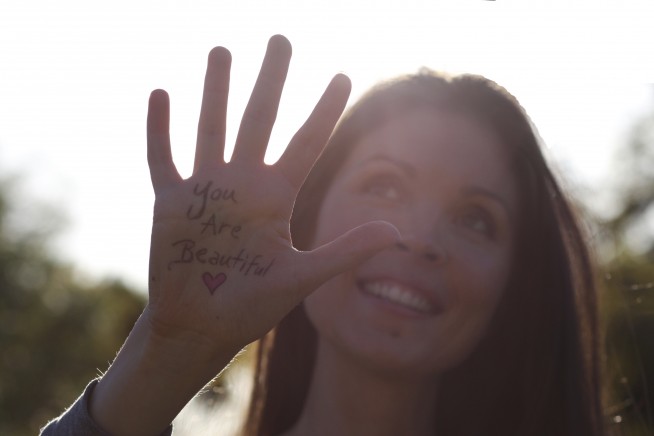 Be yourself. It’s a statement that people often dismiss as something doting mothers say, but it is actually a very poignant piece of advice.

For instance, have you ever seen a guy who’s trying to be more than what he is? He’s fifty-five, driving a sports car, wearing designer clothing that someone half his age would wear, trying to pick up twenty year olds, and showing off his face lift or hair plugs. It’s like he’s saying, “I’m not old, bald, or okay-looking. I’m a hot, rich, thick-haired, young stallion.” The truth is that he’s not fooling anyone. Wouldn’t your opinion of him be more favorable if he accepted his real age and appearance? This is an extreme example, but almost everyone does it on some level. If you’re an okay-looking person, be an okay-looking person. I know, how dare I say something like that. But the truth is that we are only beautiful when we stand firmly in what we truly are.

Consider this: Is the purse you carry or the watch you wear part of your self-esteem? Do you find yourself telling people that you have more going on than you really do? Can you afford the car you drive, or is it out of your budget and you’re holding onto it to appear more successful?

Thinking of yourself as less than you are can be just as limiting. I coached a woman once that physically shrank her body at events because someone in her past told her being tall was unattractive. Others simply don’t give themselves enough credit. Do you brush it off when your friends tell you that you’re talented? Are you negative when you talk about your abilities?

Trying to be something you’re not can be very off-putting, so be honest with yourself. If you come to me thinking that you know everything, a simple note like “listen more” will bounce right off of you. Something inside of you will say you’re too good for simple coaching. That’s your ego talking, and it needs to be looked at.

The irony is that the very thing we’re trying to cover up is often the thing that will make us interesting to others.

Think about a woman who wears way too much make-up. Too much make-up always says, “I’m trying to be more than what I am.” Older, younger, prettier, etc. A woman who stands in her truth simply says, “I am.” That is beautiful. So, stand in the reality of who you are. I’m bald. I’m old. I’m young. I’m still learning. Stay away from denying your insecurities. People who do this are uncomfortable to be around because they’re lying to themselves and the rest of us. Many celebrities who aren’t what you’d call classically beautiful are, in fact, charismatic and very watchable. Why? Because they have (for the most part) embraced themselves, flaws and all. Look at Will Farrell. He stands in the fact that he looks like an ordinary guy and plays leading roles.

This doesn’t mean you shouldn’t strive to become a better you, to ascend to something greater than what others would expect for you, but do so truthfully. You’ll be surprised to find that when you embrace who you are, the world will seem to say yes to you.

So what are you waiting for? Be what you are, no more, no less.

Michael Woolson has become one of the most prominent and respected acting coaches in Los Angeles. He is recognized for his unique ability to cultivate depth and authenticity from his students in an environment that is nurturing and inspiring. Woolson has worked with thousands of actors from talented up-and-comers to award-winning celebrities. He is the author of The Work of an Actor and Emotion on Demand: An Actor’s Workbook for Mastering Emotional Triggers.

*Featured image is of Michael’s wife.