Look for the Miraculous. 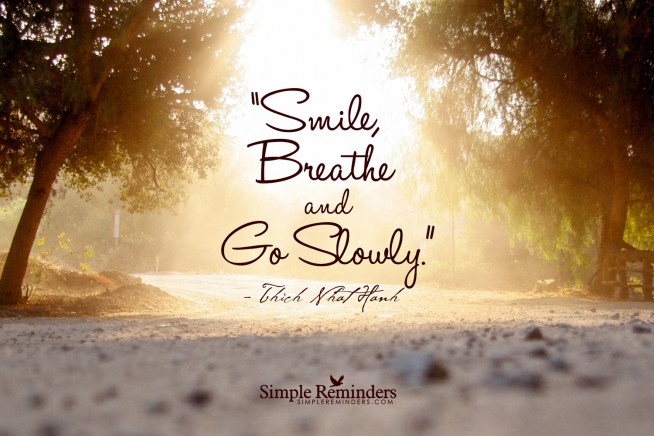 Let’s say it’s like this: He leans over to talk to me. We’re at an airport. Let’s say we are at an overpriced fish place in the Los Angeles International Airport. Flight’s been delayed five hours. Imagine that both of us are traveling to the same place: Sioux Falls, South Dakota. He leans over to tell me he’s been married fifty-eight years and that he and his wife normally share dinners and would I like half of his? He lost the better part of four of his fingers on his right hand forty-five years ago on a rotary lawn mower, has an adopted son who is 6’10”, and he’s a Christian.

He told me to keep talking to God before he passed me half his trout.

He told me he’d “just met so many nice people at the airport.” He’d been there since 6:00 a.m. (It was now 6:00 p.m.) While I was huffing and puffing at all the time wasted, he was looking around for the miraculous in the mundane, in the faces of people searching flight status boards or shuffling through security, begrudging the fact that they had to take off their shoes or remove their laptops.

When I told him I was a Jew, he grasped his heart as if the fact was astounding enough to actually pain him. “One of our neighbors was Jewish, and they were just the most wonderful people,” he’d said. I laughed (it reminded me of when someone says, “I like gay people. I have a friend that’s gay”) and told him I wasn’t a practicing Jew. He reminded me that I was one of God’s chosen.

I knew now there was at least one Jewish family in South Dakota—his neighbors: The Wonderfuls.

I drank my wine as I watched him carefully cutting his fish and smiling as he scrolled through his cell phone.

The man has on this light red raincoat, and, as my red wine slides down the back of my throat, I think of William Carlos Williams:

He leans toward my table. “This is a picture of my beautiful wife.”

So much depends on how we react to things.

His fingers, for example. How did he react forty-five years ago when he was showing his father the newest features on the rotary lawnmower and the blade just sliced his four fingers off like they were as irrelevant as dead grass? Nothing more than meat under a glass case at the butcher’s. Hurry, I’m a rush. I’ll take a pound of American and a pound of provolone. Slice it thin, please. He told me that when he’d lost them, he quickly had to learn to laugh about it. “I guess I’m going to have to learn to pick my nose with my left hand now.”

Doesn’t this airline know how busy I am? Huff. Don’t they know I am trying to write a book proposal? Puff. I made a stink and rolled my eyes and couldn’t believe I had to wait. The flight was meant to leave at 2:40 p.m. (It didn’t leave until 8:30 p.m.) I even thought about going home and canceling my workshop in Sioux Falls, South Dakota.

I couldn’t cancel the workshop. People were driving fourteen hours from Canada! They were coming from Minnesota! I couldn’t cancel simply because I had to wait a few (okay, six) hours at the airport.

I took my voucher, and, with a huge chip on my shoulder—a chip weighing at least as much as a small man—I headed to a restaurant to sit and sulk.

So much depends on where we are. Where we are born. Where we park our asses down to eat a meal. Where we sit to write. Where we lay our head at night.

Where we find ourselves on a map changes the course of everything, and whether it’s literal and full of pushpins and highways and mountains or an emotional one, you better believe that life is an exercise in mapmaking.

I get led to a table for one. There are two men on each side of me, also eating alone.

Let’s say I get led to the bar. It then becomes a whole different story. The map is then green instead of red, perhaps.

So much depends on so much.

I was content on being pissed about my wasted time, all the while wasting more time. I got no writing done, no reading done, nothing productive to speak of. So when this older man leans his body towards mine and says something I can’t really make out but which sounds like something to the effect of “I’ve been married for fifty-eight years, you know,” I smile.

A red jacket. A red wheelbarrow.

So much depends on where you look.

I loved him immediately. He became my grandfather, my priest/rabbi, my meal ticket, my companion, my cartographer, my reminder to pay attention. He also wore hearing aids (like me! He also became my twin!). He was my fellow conspirator against the hearing world. “I heard this story about a man who, after forty years, finally got a pair of hearing aids,” he told me, “and ever since he’d had to change his will twice,” he laughed. I’d thought he was going to tell me that the man gave the hearing aids back because not hearing had been better.

The fact is, when you can’t hear well, you have to pay attention. Closely. You see that lady three tables over licking her fingers, and, although you can’t hear the slurp, you imagine the suck and the little quack it makes. And the man across from her? You see him eating his chicken sandwich without chewing, even though his back is to you. You can tell by the way his jaws move from behind. You can see all this while your ears prick for any sound at all, and, when no sound arrives, your eyes scan the room and notice every painful exchange, every empty gesture, every chicken finger being picked up and put back down by every child in the world.

There’s nothing that you cannot see when you can’t hear, so you have to be really careful where you sit, or you will see it all.

So much depends on where you sit.

His name was Dick, and the thirteen year old in me wanted to laugh when he told me his name. He said dick! Haha, he said dick!

Would we ever see each other again? Let’s say: no.

Let’s say we leave it at that.

And that is enough. One of those rare moments in life when we say I don’t need more than this.

The having had it happen. The exchange of two human beings in an airport enough to sustain you for a while. Let’s say that’s the case here.

He pays his bill and shakes my hand. I have a styrofoam container of fish sitting in front of me like a gift which I will use to remember him. The man who gave me half of his dinner. The man in the red jacket with the missing fingers.

He leaves his jacket behind so I reach over and grab it. I drape it over the back of my chair, knowing I’ll see him on the plane. I’ll carry the fish he gave me in one hand and his red coat in another.

For a few minutes, I feel calm, as insular as a cave, as sturdy as the land I would soon be visiting in the southwestern part of the state of South Dakota. I am as protected as the Badlands I would be at in just two days time, that rugged terrain I’d dreamed of seeing again ever since I first saw them at eighteen years old on a cross country drive I took in a mini-van. Mako Sika, translated as “land bad” or “eroded land.” My beloved Badlands, which beckoned to me with their otherworldliness and various personalities (how human of them!). I was part of them, and no one could come close to me in the safety of my red vinyl jacket. I was on the interior.

My insides warm from wine, the red jacket a heart on the back of my chair, holding the world in place. Knowing it’s there is enough to keep me sane.

So much depends on a red jacket.

“Ah! You found my jacket,” he rushes back up to my table.

We finally boarded the plane. A few rows up, he sleeps while my legs shake uncontrollably (too much wine and coffee and too little sleep), and I rest my head on the shoulder of a stranger.

“Do you mind if I lean my head on your shoulder?”

The stranger was on his way back to Iowa. Football scholarship. Young. Polite. Kind. “No, I don’t mind. Lean on me,” he says.

So much depends on where you sit.

Let’s say two days later, I am standing on the edge of the world, at Pinnacles Overlook right by Route 240 at The Badlands National Park, and let’s say I wished that, right then and there, I could ask that man in the red jacket if this is what he meant by talking to God.

(a p.s. to the story: after I posted about it on my Facebook, through the serendipitous nature of the universe, a woman commented: “The man in the red jacket is my dad!”)

Find the miraculous, even in the mundane.

Please share below what you have found miraculous so far today.

Dick. LAX International airport. May we always look for the miraculous.