Life Moves Pretty Fast Sometimes. If You Don’t Stop & Look Around Once in a While, You Could Miss It. 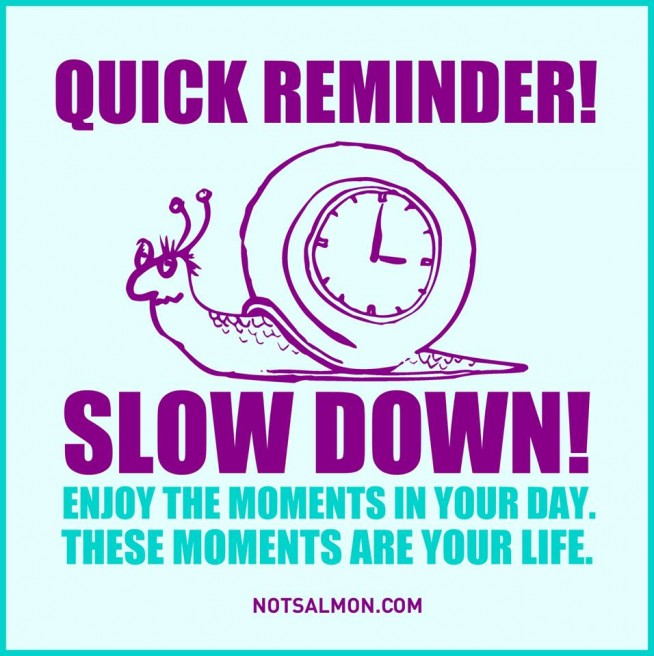 “Life moves pretty fast. If you don’t stop and look around once in a while, you could miss it.”
Ferris. As in Bueller.

I’m working on a longer piece on how immediate our lives are. On how quickly we respond, without really listening or paying attention simply because it’s what we are used to.

Think of blog writing. You write something and hit publish, and just like that, it’s a thing in the world. Texting. Posting our thoughts as we have them on Facebook or Twitter. Posting our food on Instagram. As we are chewing it.

It’s what we are used to.

Last month, when I was going through the ectopic pregnancy, so many people emailed me to say congratulations. Now, I understand that people didn’t know what it was. (It’s an awful thing. The pregnancy can’t survive, and it can be life threatening to the mother), but having seen the word “ectopic” before pregnancy and the fact that I wrote words like “pain,” “complications,” etc. in the same sentence, it struck me as a sign of our times that people wouldn’t look it up to double check before they sent a congratulatory message. I was not, nor am I, upset at those people.

I do the same thing.

Everything existing in the immediate.

I am a fan of living in the NOW, in the moment, and all those other wonderful ideas surrounding “being present.” That isn’t what I am talking about.

I recently started teaching my workshops at a rehab. It’s the most rewarding and fulfilling job I have had besides working with kids with special needs.

Do you know how many messages I have gotten asking me if I am in rehab myself? A lot.

I posted the word “rehab,” and that’s all people saw. They missed that I work there, that I teach yoga/writing workshops there.

I’m glad for this.

Because it’s making me look at my own life, at my own patterns, at how I oftentimes don’t pay attention or am already on to the next thing.

What I am saying is: I need to slow down. Maybe we all do.

Another side note that I thought I would share is this: At first, when I got texts asking me if I was in rehab, I panicked. For about five minutes. “OMG, I am NOT in rehab, and people think this, and blah blah blah.”

Literally five minutes later, it dawned on me that I didn’t care what “they” thought. Not in a bad way, in the way that felt liberating, like I was shedding the cloak of “what will they think.” Finally.

And shedding that cloak feels good; it feels like you can get up in the morning and be who you are without explaining and justifying.

So for today, and everyday really, join me if you want in on slowing down, paying attention, losing the I.I.C. (incessant internal chatter), and shedding the cloak of “What Will They Think.”

I know it’s a lot for a Monday, but my guess is you’ve had your coffee by now, so let’s do this.