5 Ways to Become a More Effective Leader, Parent, Teacher, Coach and All Around Loveable Person 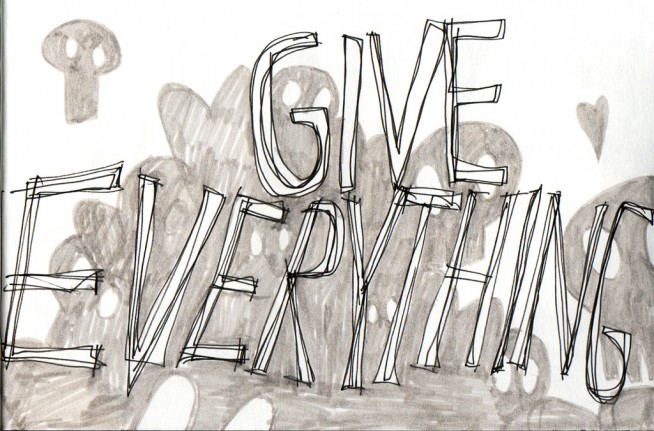 My highlight from Sunday’s Super Bowl is probably very different than many. It wasn’t the ads (which I enjoyed a few), or Bruno Mars performance (which I also enjoyed), or the awe of the unexpected blow-out that transpired. My favorite part of the night was seeing a man, Pete Carroll–who throughout his career was consistently criticized for coaching with a “very different style.” A style that many criticized as “weak”–prove to the world that his method does in fact work, and creates excellence out of a team that was considered by many as “misfits!”

Sunday night Pete Carroll proved that coaching/leading with a nurturing style can indeed magnify the greatness and highest level potential in all of his players, coaches, and colleagues. This is something I firmly believe in and teach daily, because I believe the opposite form of leadership (which is sadly the style that is most “typical”) is detrimental on so many levels. Detrimental to morale, self-esteem, emotional well-being, and flat out de-incentivising.

But what do I know? I am a woman, right? Or so I have also been told by many who have the old belief system in repeat mode that my belief in leadership is “too soft”.

Well, I am happy to see Coach Carroll prove that theory wrong and hope that all leaders, coaches, and teachers wake-up to this reality and change their paradigms. And begin to learn emotional intelligence themselves, to inspire and empower their teams/employees/families, and pass along those skill sets/behaviors for future generations.

Leadership is not a dictatorship.

It is a chance to empower others that might not yet be able to fully empower themselves. This happens best through positive, incentivising words, actions of encouragement and a value system. I believe these are some of the most important leadership lessons and some of the best ways to get the most out of others potential:

1)Prioritize the Well-Being of Relationships First
The health of your relationships is in direct proportion to your happiness. If your relationships are out of sorts, so is what is going on in your head. You will lack focus, clarity, and happiness. Coach Carroll is known for teaching his players the importance of family and relationships. How many times do you hear this in leadership conversations? Probably very seldom, or never. Sadly, often the opposite is taught. Or even worse, no one mentions to aspiring leaders that optimizing success, which in my opinion includes happiness and well-being, starts with nourishing your relationships.

2) Positive Reinforcement Inspires
When I first began studying psychology in college and the concept of positive reinforcement was introduced to me, all I could think was, “WOW! I sure would have thrived better with that type of conditioning growing up!” And guess what? So does just about everyone.

Think about it, when someone compliments you and expresses gratitude for something you have done, doesn’t it make you feel proud and want to do more? Now think about when someone yells at you and demeans you. Do you really feel inspired to want to do your best for that person? Probably not. If you do, it would only be your ego jumping in as self-preservation to want to prove that person wrong. Positive reinforcement is the most effective way to inspire positive behaviors. Having learned the value of this in college, this is the strategy in which I have raised my daughters, and it undoubtedly works.

3)Consistency and Quick Correction
Now, as some of you read the last line you thought to yourself, I have tried that with my kids and it didn’t work. Positive reinforcement has to be coupled with consistency of expectations, and modeling the desired behaviors as the parent and/or leader. There also needs to be quick correction and potential consequences when the desired behaviors aren’t met.

Let’s look at modeling first. If you expect others to behave one way and you act the opposite of the behavior, you will lose a tremendous amount of respect from those you are trying to lead. Secondly, consistency. If you tell a child if they don’t do something then they will lose a privilege and they don’t do it, if you do not follow through immediately on what your consequence were, they will not take you seriously. And again, you will lose respect. Lastly, consequences. When positive reinforcement and consistency are constantly implemented, consequences often won’t even need to be implemented, because just the description of what will happen is enough to get someone back on track. When consequences are needed, make sure they match the issue. Most importantly, in the course of correction, make sure you effectively communicate the issue that transpired and discuss how it can be corrected and done differently the next time. Coach Carroll’s approach to course correction has gotten him big public props from his players.

4) Finding the Positives
This is a bit different than positive reinforcement. Positive reinforcement focuses on reinforcing a behavior someone has demonstrated. “Finding the positives” is a way of being. Effective leaders, that are highly respected are generally positive people and pleasant to be around. Sadly, old philosophies of leadership, were to intimidate and not tolerate.

Leadership of the future is about being an inspiration to others by how you live your life.

Others will want to follow you because how you live and what you believe in will be in alignment with what they want versus telling them “that’s just the way it is” or “because you say so.” Leaders that find the positive in every circumstance realize there is wisdom to be gained in every situation. Even when things don’t go as desired, don’t waste time and energy complaining, seek the lessons and apply the wisdom.

5) Each Individual is Motivated Differently But Love is Universal
Coach Carroll has been praised by his players by getting to know each one of them individually. He makes it his priority to get to know everyone of them intimately; where they came from, how they grew up, what their fears are and burdens of their past. He does this to understand what intrinsically motivates each one so he can speak to them in “their language,” to magnify the greatness in each one. One other thing he publicly spoke about, that I absolutely loved, and firmly agreed with is, he said, “he gives each one of his players love.” Wow, now thats a novel concept, right? Not tough love folks, genuine love. Because, regardless of how tough you are, how strong you are, or how determined you are, we all have one thing in common – we all desire and thrive from being loved.

True leaders don’t demand respect, they earn it. They see mistakes as teachable moments, not a time to yell or embarrass. They find the positive and wisdom in every moment, not get stuck on the failures. They make things fun so that people want to be a part of it, not feel dread to show up. They use constructive conversations for corrections, not punishments. They positively reinforce good behaviors not demean with negative reinforcement and teach collective team success and power in unity not separation. These are just a few that I hope each person can embrace and seeing Sunday’s Super Bowl was not just a win for the Seahawks but hopefully a pivotal moment in leadership.

Top media mogul and business expert Jen Groover has been tagged by Success Magazine as a “One-Woman Brand” and “Creativity and Innovation Guru” and as a leading “Serial Entrepreneur” by Entrepreneur Magazine. She has gone from guest hosting spots on QVC to linking deals with some of the industry’s biggest heavyweights. Jen is a top business and lifestyle contributor and content creator for major networks, such as ABC, CBS, CNBC, NBC, Fox News, Fox Business News, and The CW. You can also connect with Jen on Facebook and Twitter.