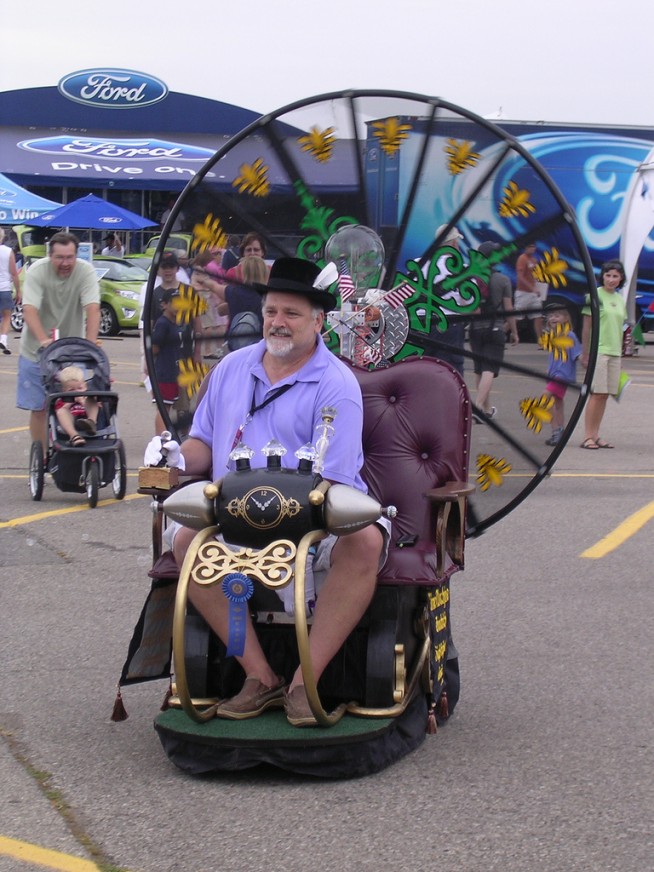 I called up the guy who pitched me on a time machine business a few years ago.

Let me back up. We met in 2007. We all had dinner. Dave, Mike, Chris, Dan, me. Dave had the time machine concept. He had a powerpoint ready.

First we all had steak. I had mine rare. If I could do it all over again (which I might! haha) I would probably order it medium rare. It was a bit purple on the inside.

Dave explained the exact science behind his time machine. There were a lot of equations. He had just gotten his PhD. Believe it or not it sounded plausible.

This sounds like a joke. Like, why didn’t I just get up and say this is ridiculous.

Probably because I was insecure. I didn’t have a PhD. And Dave was incredibly smart. Anyway, I wanted to sound smart. So I asked a question.

I asked, “Dave, what if the Earth moves? Like, if someone goes back in time and the Earth had moved. Won’t you end up in space?”

This was a question I asked in an actual business pitch meeting where someone was asking me to invest money.

He said, “great question!” and he went on to explain how his equations accounted for that.

I felt smart. I felt like everyone at the table thought I was smart for asking such a great question.

But this is not the point of any of this.

Because today is “What Would You Do If You Could Call Your 15 Year Old Self” Day.

In other words, it’s a Flash Holiday (TM).

All we have are flash holidays now. Like a few months ago was Justine Sacco Day.

People now ask themselves, “Where were you on Justine Sacco Day?” when everyone was waiting for her to land. And the other day was “Ukraine Day” (never forget!) Yesterday was “Harold Ramis Day.”

I can say for a fact they don’t know anything about “Labor.” And if you ask them what happened on Easter, good Catholics that they are, they have no clue.

But if something is trending on twitter for the entire day, then I bet they know what it is, and it’s a Flash Holiday for them. They celebrate it, they think about it, they talk about it, and sometimes they cry if it’s sad.

Me too. Harold Ramis (RIP).

So today is: What Would You Do If You Could Give Your 15 Year Old Self Advice…Day.
@jaltucher (Click to Tweet!)

So I called Dave. Conceivably, he might be the one person on the planet who can answer this with no BS. He could time travel.

Dave picked up on the first ring. I reminded him who I was. He said, “James! I’m so glad you called.” I told him I had to ask him a question.

He mentioned that he wants to get together to go over some business ideas and he wanted to show me his “magnet” he was working on at [Famous College in NY] University’s laboratory where he was now an assistant professor.

So we arranged to get together at [Famous College] later today. Hopefully I’ll write about that in another post.

I told him the reason for my call. We hadn’t spoken in over six years but I said that I didn’t want to be like all the bullshit bloggers who just speculate on “What I Would Tell My 15 Year Old Self” and make a boring and obvious list.

I wanted to know what an ACTUAL time traveler would tell his fifteen year old self. So I asked him.

He didn’t even pause. He told me without hesitation. I am going to quote verbatim:

” Oh, shit – that’s easy:… 1) 90% of people are greedy fucks and/or criminals … 2) Do what you absolutely love…you have to trust somehow that it will work out and …. 3) Completely respect women.”

I told him I thought most people only realize these things through decades of pain and frustration about all three of those items.

He was sort of silent at that.

And that’s when I realized.

He HAS been through decades of pain. He’s ALREADY traveled back in time to tell his fifteen year old self so that he wouldn’t experience that pain again.

Sometimes I’m such an idiot when it comes to knowing the obvious.