My Biggest Influences of the Week 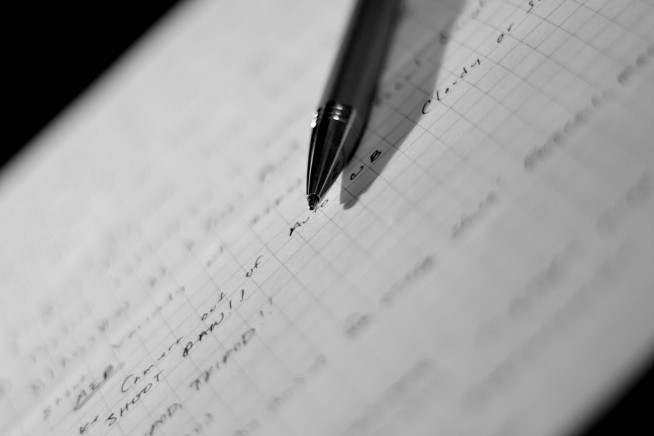 I was scared and nervous and anxious all week. Which is like every other week of my life.

I had to give a talk, I had to write things, I had business things, and I’m preparing another book (an INSANE one).

And Claudia was away for the week in Argentina so I was feeling lonely. This might sound stupid but I hate waking up by myself. And I like to make Claudia laugh first thing in the morning.

I can’t speak for anyone else. But it seems like life is pretty hard. Not in a bad way or good way. I’m not complaining. It’s just that you need energy to survive. Lots of it.

Energy doesn’t just come from food. It comes from also being well-rested.

Think about it, all of the above give you energy. Not just food. And if you have any blockages, then you have less energy.

Part of what gives me energy are the things that I see during the week that get me excited and give me ideas.

Everyone wants a mentor. I picture some old guy saying, “Ha ha, here’s how we did it in my day. Here’s what you should do,” and then he lays it out exactly what is the secret mystical formula for life fulfillment.

It doesn’t work that way. Everything in life is your mentor. Think of everything you see or do as mentoring you.

So this is what influenced me the most this week.

If you like this kind of post, tell me and/or tell me YOUR influences of the past week so I can learn. Then I will do more posts like this.

Just released. Each chapter makes me take out my waiter’s pad and write down twenty ideas.

Some of the lists I made this past week were totally crazy (“20 TRUTHS Every Women Should Know,” “12 Things I Learned From My Time Machine Friend,” and so on). I can’t describe the book. Read it and you will benefit. Or listen to Austin on my podcast in a few weeks.

B) Jimmy Fallon and Justin Timberlake doing “History of Rap 5” on The Tonight Show.

This was just one of twelve segments Fallon did that night. And I saw how he went ALL OUT doing this one tiny segment. Singing, Dancing, Choreography, Impressions, Acting, Writing, and of course, Comedy.

I don’t know how he got that segment ready when he had so much to prepare not only for that night but the whole week. One of the most important weeks of his life.

I don’t want to be stopped by needless worries and anxieties. These things clamp down on energy and will never let you thrive.

You can see Fallon was tired, sweating, and drained by the end of the segment. But who cares? Then he just kept going. The man is a pro. Plus I love rap. The video is great.

The key: in whatever you do, don’t hold back. Don’t hoard your energy. Go ALL OUT.

I forget who wrote it. But every day we read in the news how bad it is. This week was the Ukraine. Next week will be something new. It’s all BS.

I wrote a post the other day about the Ukraine. Suddenly the crazies came out and declared World War III because people LIKE ME were ignoring it. By the end of the day the entire thing was old news.

Claudia said to me, “once you see ‘Hitler’ in the comments it goes all downhill and you can’t argue.” Good advice!

The book is a bit dry. So I skimmed. Nothing wrong with skimming. I’m not going to be graded later.

At first it comes across as a spiritual book. But on a deeper level it’s about how to be more energetic and enthusiastic in life and how really a good life is one where you can be happy and enthusiastic about the tiniest of things, about the single moment in front of you.

We all have bad memories. We can’t avoid them. And events today, without us even knowing it, will trigger irritability and anxiety because of these prior events even if they seem unrelated.

Singer talks about how to become “untethered” from these fears and regrets in your life so you can have as much energy and enthusiasm for right now as possible. If not right now, then when?

Not a memoir like other comedians typically write. These were actual literary short stories and they were great. After I read something I enjoy I like to read about what the author’s influences were.

Apparently, during The Office’s fourth season, he was thinking of quitting.

He got the advice, just carry around a notebook and keep track of all of your ideas but DON’T QUIT the show. He didn’t quit but wrote down hundreds of ideas for movies, sketches, acts, shows, books.

When the show finished he took out his notebook and expanded lots of his ideas into the stories in the book. This shows the power of jotting down ideas, exercising the idea muscle, and then expanding on the best ones later.

F) “Spell It Out.” This is a one minute video by Andy Samberg and The Lonely Island. In that one minute he is hilarious, and makes fun of hip hop in a very simple way.

It made me think that one should always be thinking how to create art.

Samberg is basically walking around NYC with a guy with a camera and doing an act that was trivial to write. But people love it. It has 2 million views.

Watching this, along with enjoying it, I think to myself, “I can do this every day.” And I try to.

G) “The Obstacle is the Way,” by Ryan Holiday.

I keep thinking Ryan is sixteen years old. But at the age of nineteen he was head of marketing for American Apparel. Now I think he’s twenty-five and has written three books, runs his marketing company, and does a ton of other stuff.

On a podcast (coming live in a few weeks) I asked him about his book, which is how to use stoic philosophy in modern day life.

He said, “the two biggest stoic philosophers were Epictetus and Marcus Aurelius. One (Aurelius) was the most powerful man on Earth. The other (Epictetus) was a slave. And both used obstacles to try to improve their lives. The rest of us are probably somewhere in the middle of those two in terms of where we stand in life. There’s always something to learn from our obstacles. ”

Greg is a strong Internationally-ranked Master in chess. Much stronger player than I am (he crushed me in our one game in 1997 in a tournament in DC. He probably doesn’t remember but it was a B4 Classical King’s Indian. I remember it all too painfully).

In his channel, among other things, he plays speed games and talks out loud in the middle of the game to show what he is thinking.

What struck me, just this week, was that this incredibly strong player thinks almost exactly like me during the game.

He’s confused, filled with self-doubt, looks at only one or two possibilities, takes wild guesses, and so on. But every step of the way he is very very slightly sharper than me. This is the difference between a great player and me.

I learned a lot watching this, not only to improve my chess, but to see how powerful it is to really go behind the scenes “in process” rather than seeing the painfully clean finished product.

I showed Claudia (who knows nothing about chess) Greg’s videos and she used this behind the scenes idea in her recent video on how to do a forward bend.

We can all learn from everyone. And it’s also this constant, incremental improvement that turns the amateurs into the professionals.

I read somewhere that people who stutter often don’t stutter when singing. I don’t stutter but what struck me is that singing must use a completely different part of the brain.

I have never sung before in my life. But I wanted to activate that part of my brain. Just like using a drug. I wanted to light it up!

So I picked two songs. Two songs from 70s TV shows. “Welcome Back Kotter” and “Chico and the Man.”

It took me a long time to memorize the words (maybe because I’m old now or maybe because I had never done this before) and then I probably sang the songs 100 times over the past week.

I don’t know if I activated any part of my brain. But it was fun and I thought the songs were poetry and it brought back memories of the 70s for me. Plus I started to learn how to sing. Who knows? Next career?

J) The Most Important Lesson. I wrote this entire post, didn’t save it (usually it’s auto-saved) and then my machine crashed. When I rebooted the post was not there.

No big deal. I rewrote it and hopefully made it better. I don’t know. But using “The Obstacle is the Way” and “The Untethered Soul” as guides, it was a nice challenge to put into work what my “mentors” have taught me this week.

I don’t usually write down what my influences were. But if you like this, let me know somehow. And write YOUR influences in the comments.

Underneath every creative achievement, behind every happiness, behind all of our energy, is a huge pyramid.

The history of the universe is encoded into that pyramid. We have the power every day to dip into that history and use it to make our world blessed. I only say this because I feel it works for me and I hope it can work for you also.