What Happened to All The Laughter? 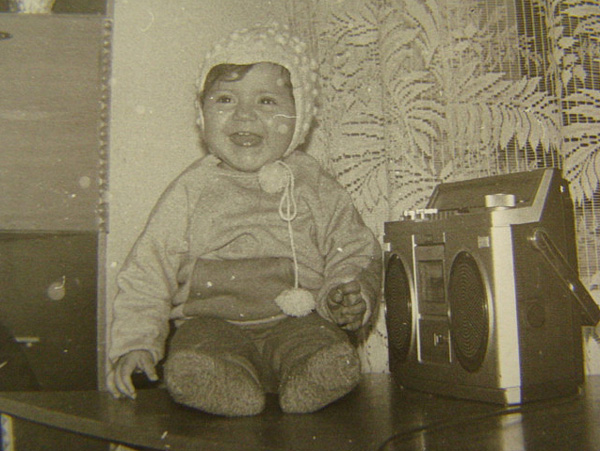 Dan Harris, the anchor of the ABC show Nightline, had a total panic attack on TV in 2005 in front of 5 milion people. He simply shut down and couldn’t continue while live on the air. Everybody saw it and he thought his career would be over.

He wrote a book about it, called “10% Happier” and we talked about it on my podcast. I won’t give it away. I hope you listen to it.

But I thought of my post the other day about endorphins and one statistic I found:

How did we go from 300 to 5? What the hell happened to us? That’s why we start to panic during the day!

Did we cross some bridge of crap and tears and now here we are: drones that wake up, go to work, backstab each other in office politics, watch Breaking Bad, and then go to sleep and Die? Every single day?

Did someone slip a pill into the Starbucks coffee we drink every day? A no-laughing pill?

Laughter is really hard as an adult. It has to be. Else, how did we go from 300 to 5! That’s a HUGE gap. There is no arguing that something really bad and scary and sad happened to us between childhood and adulthood.

And laughing is so critical.

How many times have you heard the story: So-and-so got diagnosed with chronic bad terminal disease XX and was given three months to live so she decided to watch a comedy movie a day for the next three months and now fifteen years later she’s still alive.

Doctors even call laughing, “inner jogging” because it does all sorts of good things for our health, our brain, releases endorphins, and makes us happier, etc etc.

So let’s go back to 300. I thought about why the gap exists. Here’s what I came up with:

In my podcast with Charlie Hoehn he told me he basically solved his anxiety issues by “playing” more. What does this mean? If someone called him up for a meeting he would say, “Sure, bring a ball and let’s meet in Central Park and play catch”.

When I was a kid we’d all go to school, play for twenty minutes or so in the playground, then play for an hour at lunch, and then after 3pm it was ALL SYSTEMS GO and my friends and I would play until about 6 or 7. Until it was DARK and there was no more play to be squeezed from the day.

B) WE’RE AFRAID TO LOOK STUPID

We wear the right uniform to work. We say the right things. We politically figure out which “us” versus “them” we belong to.

People think kids are afraid to be embarrassed in front of their peers. But I can tell you it’s much worse as an adult. You’re judged on looks, opinions, what we do moment by moment. I mean, kids cry if they don’t get what they want. Adults can’t do that.

Kids also jump for joy when they are happy. I don’t remember the last time I saw an adult do that.

And kids hit each other. Just for fun. They just slap each other in the face. Go ahead and try that now!

And then later at night, I can speak for myself, I wonder what people think of me. What I wrote. What I said on a podcast. What I said at a party. It’s like I rewind part of the day and replay it, totally wasting more opportunities for fun and laughing.

Did I say or do something wrong?

Answer: yes! Just by thinking about it.

Kids used to fart and then laugh about it. In basements all across the country we even came up with the same rhymes. “If you smelt it, you dealt it.”

Adults don’t rhyme about farts anymore. Instead, they go to the opera. Opera is not funny. At least, none that I’ve been to. Correct me if I’m wrong.

I don’t mean to be a downer on alcohol. People drink. I get it. It’s social.

And, for very very short-term, it helps you loosen inhibitions and there’s a variety of reasons (sex) why one would want to do that.

But the reality is: Alcohol is a depressant. Which means it makes you more depressed.

And everyone basically drinks at night and then wakes up slightly more depressed than their baseline depressions and then goes to work where they become more depressed because works sucks and it’s filled with other depressed people.

Then we feel “stuck” and that we are “trapped” and we need to reinvent ourselves but we don’t know how. We get these vague feelings that we are not fulfilling our purpose in life. Which brings me to…

E) KIDS HAVE NO PURPOSE

Purpose is largely a myth that gets encoded into our brains sometime in our 20s and NEVER leaves us again. When I was nine I thought my purpose in life was to hit the ball better in little league baseball.

But when I was twenty-five I thought my purpose in life was to do something that would CHANGE THE WORLD.

That is a lot of responsibility. Somehow between nine and twenty-five I went from hitting a ball with a stick to creating a one government world where nobody was angry anymore. And I would be rich.

People get depressed now if they feel they are not fulfilling a purpose in life.

Here’s what I think purpose is: the universe doesn’t know anything. So it cut off tiny pieces of itself to go out there and experience things, any things, and then come back home when they were done.

That’s it. So whatever you are experiencing today, good or bad, the universe is learning and happy and grateful to you because it is exploring new things about life.

Back to hitting a ball with a stick.

F) ADULTS HAVE TO TAKE THE GARBAGE OUT

And it is really not fun when we can’t take care of our responsibilities, which inevitably happens more than once in a lifetime.

You feel like killing yourself and crying and you take medicine to feel better and it’s really hard to laugh.

Although maybe laughing more is the cure for terminal responsibilities.

Kids do also. Kids get grades. And…that’s about it. So adults teach kids how to rank themselves by starting to give them grades.

I tell my kids I’m disappointed in them if they get all As. It just means they are not pushing themselves at all and that the school is just indoctrinating them into thinking life is pretty easy and everyone should be the best at everything.

It’s also the school’s way of getting more money from the state (I’m assuming) by showing that everyone gets all As all the time. Whoopee!

Then when my kid loses a game of tennis she gets upset. That’s the real world, bitch!

But adults rank themselves TOO MUCH. There’s how much money in the bank. There’s “what’s my job title?” How big is my house? How many twitter followers? How expensive are my clothes? How hot is my spouse (very hot! Thank you Claudia Azula Altucher!) I shouldn’t say “adults.” I am guilty of all of the above. So…”me.” But maybe you do also. I don’t know.

All I know is, when I was a kid, I didn’t rank myself at all. I didn’t care about grades and I was afraid to look in a mirror so I didn’t really care how I looked.

Ranks are rank! The less ranking you participate in, the less thinking about it you do, the more room you have for laughing.

When I was a kid the best TV show was “Happy Days,” starring a Jewish guy who played an Italian guy who could get all the girls just by banging on a bathroom door. Ok, whatever. But still – childhood fantasy.

Then when I was a little older the best TV shows were about “nothing” and about a group of “friends” who lived in amazing apartments.

Now the best TV shows (and they really are the best) are about meth dealers who kill people, ugly mafiosos in NJ, and a guy who sells ads who cheats on his wife and lies to everyone else.

Oh, and now a show about a guy who throws a pretty girl in front of a subway and then becomes President of the United States (uhh, should I have said “spoiler alert”?). The scary thing about the last show is the number of people who are now saying, “yeah, that’s how it really is.”

There’s a lot of funny shows on TV. I will give you a quick list. Stop watching the scary shows and watch the funny shows. You can find all of these on iTunes or Netflix:

Start with those. I left out shows that are no longer on the air but are also fantastic because the list is huge.

If you want to add to the list, I’d be grateful.

Are you kidding me? Do kids care about the Ukraine? Or Crimea? Somehow we think we need to be “informed” or we will be stupid and have nothing to say at cocktail parties.

People tell me I should care about the Ukraine but I don’t see anyone volunteering for the Ukrainian Army.

Here’s this week’s table of contents of “The Economist”:

and so on. I can’t write them all. It was a hard enough to spell “Myanmar.”

Somehow they’ve scammed you into thinking that’s interesting. That these are things you need to care about or the world will be worse.

I will tell you, the world will be worse if we read that crap at the expense of everything fun in our lives.

Here’s what I’ve listened to this past week (I see on my Youtube history) that I thought was funny:

I have more Louis CK on there and more Lonely Island (“YOLO”) but don’t want to make the list too lobsided. Those are my go-to guys now but every week it changes (oh, I rewatched “Andy Samberg’s Harvard Speech.”)

Good comedians are the funniest and smartest people in the world so I always prefer listening to them than learning about Myanmar.

I try not to time travel too much but sometimes a good chunk of today is spent in either yesterday or tomorrow.

But I have an idea for today. Today I’m going to play a practical joke on Claudia. Don’t tell her.