Don’t Judge Anyone Else’s Pain. Or Your Own. 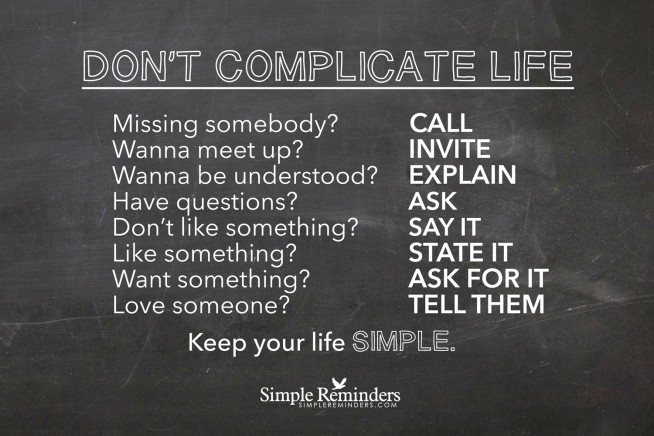 I recently broke my right foot.

I haven’t been able to put any weight on my foot due to the break, and because I have a nasty case of carpal tunnel, the crutches have slayed me. I have barely been able to move. I’ve alternated between a chair (I’m sitting at my desk and have done for so long that my arse is numb), my bed (many many hours), and the sofa (I’ve stained it like a toddler and indented it as if I hadn’t risen from it in ten years.) Chair, bed, sofa. Chair, bed, sofa. Repeat. I also have an old injury in my left leg and hip and have laid off doing any exercise on it for years so I have no strength in it. So basically, I have only one leg to hop on and that leg is kind of crappy. Wah. I know it could be worse but good lord, I have been feeling low.

My friend who has also broken her foot and struggled with anorexia texted me that the inner torture of a break cannot be comprehended. For me, it’s been the inner torture as well as the physical. It’s scary to write because I am 100% clear it could be worse and I feel like who am I to talk about pain? I know nothing of pain. Look at So and So. Or So and So. Now, they are in pain. They know pain. Who am I to speak of such things?

But the thing is, most people do that all the time, so everyone walks around swallowing their pain. They eat it and they fake a smile and go on with their day. Keep calm and carry on.

The truth. I hesitate to write it, but hell, I have a reputation of being a truth teller, so here it is: I had been struggling with depression (and written copious amounts about the struggle) before the break. So the break kind of sent me into a tailspin.

I had gone off my antidepressants last year and a lot of my “stuff” came up with this break. Imagine: being immobilized and having nowhere to “run” to. Having to sit with it all.

A few days ago I posted something on my Facebook. I woke up the next day with what Brene Brown calls a “vulnerability hangover.” I wanted to delete it but didn’t because it seemed to strike a major chord with folks. And because I was telling the truth and I know that’s important.

Here is what I wrote:

Feeling grateful for the people who’ve been supportive during what has been a shitty ass motherfucking time for me. Feeling equally disappointed by the people I have yet to hear from. Not even a text or an acknowledgment. Which makes me question why I give a shit? Why do we let ourselves create expectations of people based on how we think we’d act? I understand that people have short memories. Also, that it’s easier to be with people who are “doing great, everything’s fine,” but my God, what an eye-opening experience this has been. I am sure I will write a piece on it, but meanwhile, a public thank you to the people who notice when another person is in pain. Truthfully, that’s the kind of person I am drawn to anyway: the kind who pays attention. May I always pay attention. And, may I be willing to be with someone even if it’s messy, even if they feel like they are broken. Thank you. You know who you are. Nothing, and I mean nothing, goes unnoticed with me. I may have bad ears but I hear it all.

Here are a couple little lessons I learned:

2) If someone is in pain, reach out. Even a text. A card. A nod. Some form of acknowledgement. Anything. A balloon. A cookie. Wine. (I like wine.)

3) Never feel like you shouldn’t say something because why would your voice matter? Because that person already has a lot of support. Because you think you will be a burden. Because you don’t know what to say. (I got a few texts from people that said they didn’t reach out because they thought I was probably inundated. Or that they didn’t matter.)

4) Pain is pain. Even though I am not dying and I don’t have cancer or whatever else it may be, I have still been going through a hard time. That’s not nothing. Don’t judge your pain. Or anyone else’s.

5) Be willing to be with people even if they are not fine, good, happy, perfect, rainbows, unicorns.

6) Notice your tendency to pay attention to the one who doesn’t text/call/like you rather than the loads that do. Notice that.

(I have an exercise in my workshop I call “The 1 and 100.” I ask the room if there’s a room with a hundred people and they all love you except one, who do you focus on? Yup. Most say the one. Notice how this exemplifies say times one million when you are stuck on your ass for weeks on end with a broken bone. Notice that.

7) It sounds corny but Mr. Rogers. Mr. Rogers said “look for the helpers.” So yea, do that. Pay attention to them.

8) Kindness matters. Teeny tiny minuscule baby kindnesses. Or large as the sea kind of kindnesses. They matter. Act like they do.

Being human is tough at times. But it’s what we signed up for. That’s why I do what I do. That’s why my workshop is called The Manifestation Workshop: On Being Human. The On Being Human part is really my concern. May we all work on that a little more.

So, I’ll not only NOT delete my status update but I will share it here. And I will probably have a vulnerability hangover again tomorrow. But I’ll nurse it, ever so slowly, ever so gently, ever so lovingly.

I’d love to hear your thoughts below. And yes, I will still be at my July 6 London workshop!

Jen will be leading a Manifestation Retreat in Ojai, California over Labor Day as well as New Years. All retreats are a combo of yoga/writing and for ALL levels. Read this Positively Positive post to understand what a Manifestation retreat is. Check out her site jenniferpastiloff.com for all retreat listings and workshops to attend one in a city near you (Dallas, NYC, Seattle, Atlanta etc,). Jen and bestselling author Emily Rapp will be leading another writing retreat to Vermont in October (3 spots left.) Jen will be back in London for another workshop July 6 but book soon as the last one sold out fast with a long wait list!