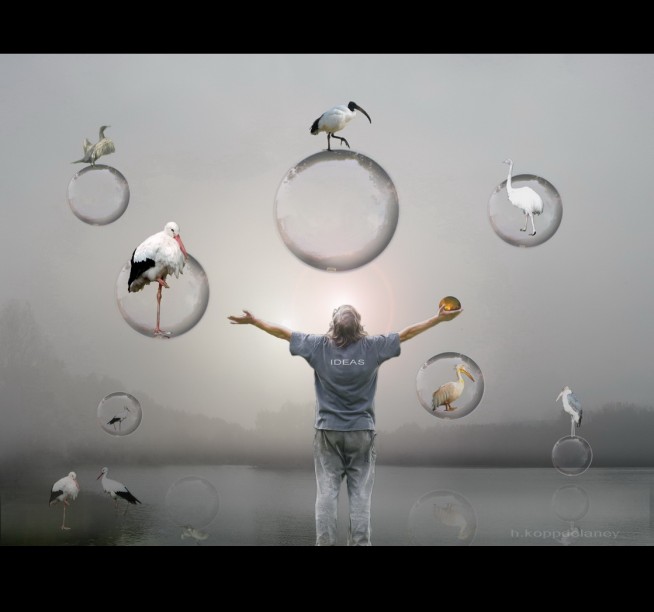 “If in our daily life we can smile…not only we but everyone else will profit from it.” Thich Nhat Hanh

Imagine if that was the first and foremost goal of everyone in business. To smile and monitor their profits based on how many other people they made smile that day. Many businesses today do depend on happy customers to impact their bottom line. More and more people decide what to buy and what brand to support-from airlines to hotels to restaurants.

“Social media is Word of mouth on Steroids” writes Paul Rand in his book Highly Recommended. If you get a bad posting from someone having a bad experience, it can really become a problem. One bad review on Yelp, or someone with influence tweets a negative complaint about service and your word of mouth negativity can go viral.

So putting a smile on others is the best way to make yourself and others not only happy, but prosperous!

Here is a story of the importance of having great relationships:

At his mayoral inauguration, his wife and son stood by his side. His election was the highlight
of a long political career. Throughout his terms, he made controversial decisions about issues like art censorship and popular decisions like cleaning up the city. He was generally well-liked and respected. His political stock was high enough that he was seriously considering running for the Senate.

Then everything fell apart.

The affair he had been having became tabloid fodder which caused him to lose political support that combined with the fact that he was diagnosed with prostrate cancer, caused him to abandon his plans for the Senate.

Fearing that his political career was over, he moved out of the mayor’s mansion. He still had the responsibility of finishing out his term, even though the rest of his term was looking as if it were to be the textbook example of a “lame duck.”

Then the unthinkable happened.

Terrorists attacked New York City’s World Trade Center, killing thousands and putting fear in terror in the heart of millions. The President of the US was put in temporary seclusion and the eyes of the entire world fell on Mayor Rudy Giuliani for guidance and reassurance.

During the hours and days after the attacks, his impotent political status seemed to vanish. His visibility increased and his renewed confidence established trust and rapport across all social-economic boundaries—from firefighters to heads of state.

Imagine for a minute how you would respond.

You go from being rejected and judged to suddenly called on to lead in a way no one has ever been asked to lead.

The compassion he showed set a new standard of government leadership and won him fans, even among those who had previously opposed him. One of the most healing contributions he made was simply attending many of the funerals for New York police and firefighters, who died in the line of duty. By his very presence, he made the families of those who lost loved ones feel that their sacrifices were being very publicly acknowledged.

Recently my husband, Oscar who is an RN charge nurse at the ICU at UCLA’s hospital, and I visited the memorial. What was especially touching to us was that anyone who has a job that is considered a first responders-Police, Fireman, nurses, etc. do not need a reservation to come in. Since we were visiting NY and that was our only time to go in and we did not have a reservation, we were very grateful. The public acknowledgement continues for those people who devote their lives to saving lives.

Now companies like Conde Nast are opening their corporate headquarters at One World Trade Center.  The new tower will be higher than the twin towers at 1,776 feet high in honor of the year of our freedom in 1776. Can you imagine the “Selling” job that had to go on to convince Conde Nast it was safe to move there? Despite all the facts — more security from cars being weighed before they pull in, to new construction that would prevent a collapse to a separate stairwell for fireman than the one for the tenants, there still has to be Rapport and TRUST that it will be safe.

Once Conde Nast management is sold, they have to “SELL” the employees on how great the new space will be. See what I mean – nothing happened without someone selling?

How easy is it for you to show compassion like the mayor of NY did in times of great stress? At what point do differences and past mistakes dissolve, allowing you to focus on what you have in common with others? Do you ever feel like giving up on your career when you have one or more rejections or failures?

Through the simple act of compassion, Rudolph Giuliani was able to build a connection to many people across a broad social and political spectrum. His expressions of compassion also gave him a renewed sense of purpose and catapulted his stature to the national and international levels.

This is the core of COMPASSION CREATES RAPPORT. Let me repeat that:

Merriam Webster’s Collegiate Dictionary defines compassion as the “DEEP AWARENESS of the suffering of others, COUPLED with the wish to relieve it. “

It is not enough to be aware – we have to work to relieve it.

2) Acknowledging where they are

You then begin to create rapport on a deeper, spiritual level.

In Miriam Webster’s you will also find the Definition of rapport— “Sympathetic affinity=a relationship of mutual trust or emotional affinity.”

Can you see the connection between the definition of compassion and rapport?

Do you see how rapport is much more involved and important than just being nice in the first few minutes of meeting someone new? Can you imagine how much better your experience and sales results could be with a deeper level of rapport?

Many times people talk about having rapport with someone from the first moment they meet. How does this happen? It’s not about having your shoes shined or having a snappy opening line. People actually gain an impression of you through all their senses.

In my experience, what people are scanning for is the unspoken question: ARE YOU JUDGING ME?

As a successful salesperson you will need to assess your buyer in order to speak to them in their own language.

KEEP your identity focused on being a source of LOVE

Try to see the love in everyone you meet.

If you do that one thing, rapport will come easily. Some of you may be wondering why even bother with this approach to building business relationships? The answer is simple:

People tend to buy ideas and products from people with whom they feel an emotional connection. Period.

You listen to me

You have ideas for me

You have passion for helping me

I buy from YOU

An important aspect of establishing yourself as a trusted partner can be achieved by allowing people to feel SAFE.

This is the number ONE compliment I can give. Or get…

I feel SAFE to be myself with You — no Judgement.

We naturally gravitate towards those who make us feel safe. People want to buy from people they trust to treat them fairly.

So beyond being a source of Non-judgemental Love, how do we build rapport? One of the best ways is to let go of the desire to try to control others. Trust that the best results will happened and then JUST RELAX.

One way to show trust is to Trust YOURSELF to come from a place of integrity.

A simple way to explain this is:

I can’t give you a cookie if I don’t have any cookies to give so it logically follows that you can’t give love if you don’t love yourself first.

You can’t get trust from others unless you trust yourself first.

Our ability to be compassionate is rooted in the fact that no matter what side of the table we find ourselves on,  at some point in time, we have been on the other side. Having been there before gives us valuable insight into why certain actions lead to certain reactions. Each of us has experienced being the seller and the buyer,the employee and the boss, the tyrant and the victim by putting yourself in the other person’s shoes. You can see them as an individual trying to do the best they can–instead of an adversary.

Centering yourself and operating from a place of understanding and compassion you can identify what role the buyer is assuming. For example, when a buyer asks you for the best price, you can easily remember an instance where you were the buyer in a parallel situation and can understand the motivation for asking for the best price. Once you do that, it becomes easy to have the conversation about price without it having to be adversarial—but instead be co-pilots.

Just as it is important for a:

Doctor to remember what it is like to be a patient

It is important for a sales person to remember what it is like to be buyer.

One way to do this is to remember a specific purchase you made that was significant to you. Think about your car or home. Remember the anxiety you felt when buying something  that cost more than you had ever spent before? That will give you the compassion to close the deal when your buyer is having a hard time saying yes.

Tim Sanders wrote a great book The L-Likeablity factor. “Teachers spend more time with students they like. Doctors spend more time with patients they like. You are less likely to get laid off if they like you at work!” So the best way to increase your L FACTOR – How likeable you are is to show empathy to the person. For example, when I approach a receptionist who has two calls ringing, three other people there besides me, there are three ways I can handle it.

3)         Empathy – It must feel like you are an air traffic controller today juggling all the calls and people. When you have a minute, let me know.

I put myself in her shoes. Who do you think she is going to put in a good word with – person pushy/ sympathy or empathy? Especially when it comes to interviews the first person you meet can influence who they hire.

People want to work with people they like. So remember:

1) rapport and compassion are connected.

2) You can’t give out what you don’t have-so give yourself compassion.

3) Remember what it is like to be on the other side of the table-teacher/student.

Let me know how you develop rapport in the comments below.

John Livesay is the best selling author of “The 7 Most Powerful Selling Secrets: Soar Your Way to Success With Integrity, Passion and Joy” which has been translated into Spanish and Russian. He is a business coach and motivational speaker as well as the Executive Director, Corporate Partnerships at Conde Nast Media Group. John won global salesperson of 2012 not only for W magazine, but for all of the Conde Nast’s titles and 3,000 employees. You can find out more about John on his website.