A Morning of Miracles 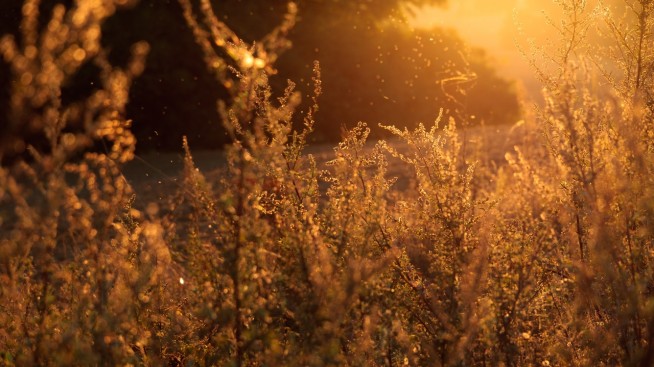 This morning, I was having brekkie with my parents at a new little bakery my dad discovered that he’s been wanting to take me to for a while. I had a late night last night and could have used a sleep-in but I know how precious time with my fam is, so I rallied myself up.

As we were driving down, we passed a woman walking a funny looking dog and my mom said “Oh look at that ugly dog.” I laughed and teased my mom as I do, saying, “Was there anything you liked about the dog?” I have found myself to be very critical at times and have been blessed with friends who have taught me to look for the good in everything and so I decided to pass the lesson forward to my mom, to her initial chagrin. A few minutes down the road, there was a silence in the car and I looked up at the gray overcast sky, still feeling a little groggy and said: “Too bad the weather sucks today.” My mom quickly jumped in and cheekily said: “Is there anything you like about the weather today?” I smiled in acknowledgment and gave my mom props for returning the lesson to me so gracefully. Touche. (Miracle # 1)

The French cafe named “Le Pain Perdu” (translation: “the lost bread”) was cozy and quaint, and had a very European style. As we walked in and sat down, I could feel and see my dad’s excitement at being in on the secret of this buzzing gem of a spot and his joy in sharing one of his newest pleasures with me, his middle son (Miracle # 2). I, too, couldn’t help but appreciate this one and only moment with my beloved parents and thanked my heart for getting me out of bed this morning and not missing out on the chance to share an experience with two of my favorite people (Miracle # 3).

After our orders were in, I borrowed a page from a good friend of mine’s book and decided to ask a deep-conversation-inspiring question…“What was the latest miracle you guys experienced?” My parents both grinned in approval and childish delight at the possibilities of the question. My mom jumped in and shared a beautiful story (she’s an amazing storyteller) about how on a recent trip to Egypt, she and my dad were miraculously led to meet a paralyzed woman of great faith who had just lost her husband, her main caretaker.

She spared no detail in skillfully setting the stage for the payoff and ended by saying, “The miracle was that her demeanor was so pleasant and her faith so great, despite all the great challenges she was facing….We were so moved and we knew we had to do everything we could to help her.” (Miracles # 4 & 5). She added, as an afterthought, that she had just been thinking about the woman the other day – realizing that they hadn’t spoken in months – and that later that same day, her phone rang and it was her (Miracle #6). The woman shared that she had been using her thumb, her only functional digit, to use the internet and that she had found me on Facebook and came across something lovely that I wrote and that she was going to listen to some of my music next time her son visited (Miracle # 7).

When my turn to answer the question came, I shared with my parents how God always speaks to me through music and how, at several crucial moments in my life, when I’ve been needing a sign that I’m on the right track, the song “Lean On Me,” by Bill Withers will find its way to me.

It’s happened at airports, on the radio and most recently at a cafe in LA while having a deep heart to heart with one of my bros. A woman standing in line who overheard me telling my parents the story turned with teary eyes and a huge smile, connected eyes with all of us, put her hands on my face and gave me a big kiss on the cheek and softly said: “Thank you.” My mom, and dad (though he tried to hide it a little) both, in turn, got emotional and my mom said “That’s so beautiful, now I’m gonna cry.” (Miracles # 8, 9 & 10).

The rest of breakfast and the ride home were light and full of jokes and play. I played my parents some rough recordings of songs my dad hadn’t yet heard. One was a song my nephew and I had been singing together about going to the beach on a recent family vacation. His voice and improvised lyrics were priceless and we were all tickled by the image and sound of the little monkey’s music making prowess and his shyness-induced abrupt command midway through the song to stop, “Song done… Done… Over.” The other song was a gospel song I wrote many years ago called “Open My Eyes” which I had shared with my mom a few days earlier. She grabbed my arm while it was playing and confessed, “This song is so amazing, I’ve been listening to it at night before going to bed.” My heart melted and swelled with gratitude the way a child’s does when showered with the love and affection that only a mother can give. (Miracle # 11).

Shortly after we got home, my mom excitedly came to me with a colourful bday card that had fresh ink on it and a picture of a dog holding balloons and a present, wearing red glasses, a bow tie and a party hat. The closing line read: “You opened my eyes and my heart today to a lot of amazing things. Love you so much, Mama. P.S. The dog has beautiful eyes.” (Miracle # 12)

What was the last miracle you experienced?

Chris Assaad is a singer/songwriter from Toronto, Canada who left a promising career in law several years ago to pursue his dream of a career in music. Since then, Chris has been actively using his voice to enCOURAGE others to follow their dreams, express their creativity and live life soulfully. Chris recently released a follow-up to his debut album, Glory Fire, with a new EP tilted Into The Light. Since the release, Chris has been spreading his brand of soulful roots magic internationally with club and festival dates, from Mountain Jam in New York, to The Espy in Melbourne, to Lovestock in Los Angeles. Chris has shared the stage with artists such as Michael Franti, The Wood Brothers, Mishka and The Beautiful Girls.

You can connect with Chris, check out his music and read his blogs at www.chrisassaad.com. You can also find him on Facebook and Twitter.