Finding Gratitude for a Lesson in Patience and Kindness 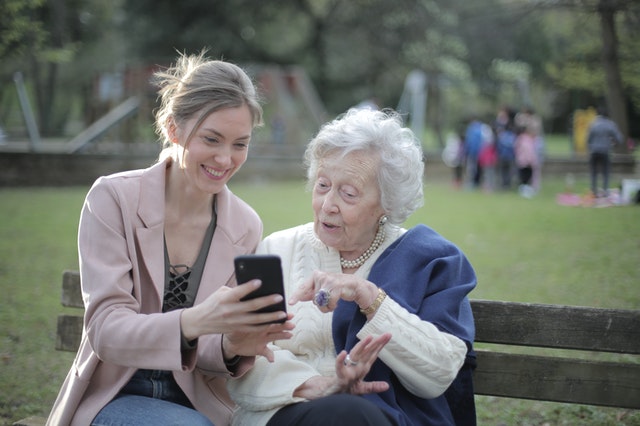 Clearly, some experiences are far more impactful than others. The truth is that most moments in our life simply flow right by us, unnoticed; almost as if we’re sitting by a great river, and only made aware of its seamless waters when something being carried along by them catches our eye.

The following short story recounts one such experience that did more than catch my eye; it helped change the way I now look at every relationship in my life, including how I see myself.

In other words, although this event itself has long disappeared “downstream,” merging its substance into the distant past, to this day its lesson remains a fixture in my perception of friends and family alike, a kind of North Star in the constellation of my consciousness.

As you’ll see, especially if you’ll embrace the power of the timeless principle that it helps illustrate, the loving patience and deep kindness you’ll need to succeed with the interior work of  “waking up together” will soon be shining into and through your heart, mind, and soul. Here’s the true story.

It all started very innocently: I had run out to the local market to pick up just a quick handful of items; my decision that I didn’t need a cart turned out to be a mistake, so that my hands and arms were full as I approached the area where one pays for their groceries. But as I drew closer to the front area of the store where a number of cashiers are ordinarily waiting to check people out, it was evident that whoever was supposed to be managing customer service …must have momentarily checked out himself! There were only three cashiers with what looked like over twenty people divided into three long checkout lines…and most with carts chock-full of groceries.

So, I did what I imagine most of us do in situations like that: as I walked forward, I took an instant survey of the length of each of the three lines, estimating the number of items in the carts of those shoppers standing there, and then walked straight to the line that I felt sure would get me out of the store with the least amount of waiting time. Oh boy, was I wrong!

All too soon it became evident that out of the three lines I could have picked, my choice proved itself the slowest of all. And, sure enough, it wasn’t too long before everyone else in line with me noticed this as well. That’s when it started.

Two carts ahead of me, a middle-aged man began to grumble under his breath; the words were unintelligible, but the meaning was clear. He wasn’t happy with the speed at which the shoppers ahead of him were being checked out and bagged. Apparently, his negativity was contagious.

A moment later, the lady directly behind him – and just in front of me voiced, out loud, what I imagine most everyone in that line – including me, at the moment – was feeling:

“Come on!” she said. “What gives here…I mean really? Could this line go any slower than it is?” And then, as often happens with any mob behavior, the negativity of one person seems to give a license to everyone else, and another person in line chimed in:

“I know; can you believe it…I will never shop at this store again!”

As I stood there, feeling this current of negative energy coursing through several of the people in line, something made me turn my attention to the cashier. She was showing the strain of standing there – likely for several hours now – having to silently suffer the brunt of the dark remarks being cast upon her skill as a cashier.

The interesting thing is that the crowd’s evident displeasure with her did not help her to speed up the work she was doing; instead it did just the opposite. As her stress mounted, so did the number of mistakes she made, requiring her to call for a supervisor to clear the cash register. You can just imagine how that went over with the people who already wanted to “stone” her.

At any rate, by the time I reached my turn to check out, I could sense her trembling from head to toe. And even though the store was ice cold, tiny beads of sweat were starting to form on her brow. So, as my turn came, and we stood there face-to-face, it was evident that other than a cursory meeting of our eyes – to acknowledge one another – she had no interest, whatsoever, in looking at me. Who could blame her? No doubt, all she had seen in the eyes of the people checking out ahead of me was some form of hostility toward her. So, as I stood there, I called up the lightest tone I could and, with a little laugh underpinning my voice, I said, “Some days are quite the adventure, aren’t they!”

Almost immediately she lifted her eyes and met mine. Visibly relieved to see that I was friend, and not foe, she took a bit of a deep breath and did her best to smile back at me. I took it as permission to finish the thought behind my opening remark.

“Never mind them,” I said to her, still in that moment of our relationship, “seems everybody is in a bit of a rush these days, and sometimes impatience can get the best of us.”

She was still looking at me, trying to drink in something of the soothing energy I was hoping to convey. “Anyway,” I continued, “I’m not in any real hurry, so take your time.”

Then came the lesson…a special kind “gift” I never could have imagined in a thousand years. My hope here is that by sharing it with you, you might be enriched too…and then go on to share a measure of it with all those you love.

She smiled a real smile at me, and said: “Thank you so much for your patience. I’m doing the best I can, but I’m a new cashier at this store and . . . I’m still in training.”

She got it, instantly, and in that moment of our shared understanding, two complete strangers became new friends. Not only that, but I as I walked out of the store, grocery bag in hand, I uttered a silent thanks to the stars above me. Something remarkable had happened: unlike the unhappy shoppers standing there, regretting their “misfortune” for having to wait in that long line…I left there full of gratitude for the whole experience.

When it comes to loving one another, waking up together, not only are we all still learning its innumerable possibilities – going through with each other what we must in order to become more loving toward one another – but, this kind of higher love has no end to the lessons it has to teach us.

In other words: when it comes to love we are all, and always will be…in training!

This means we are going to make mistakes with how we treat one another; we’re going to come up “short” when it comes time to being forgiving and kind. Falling down “on the job” is part of learning curve it takes to turn our intention to be patient with one another into the new power it takes to do so.

Guy Finley  is an internationally renowned spiritual teacher and bestselling self-help author. He is the Founder and Director of Life of Learning Foundation, a nonprofit center for transcendent self-study located in Merlin, Oregon. He also hosts the Foundation’s Wisdom School — an on-line self-discovery program for seekers of higher self-knowledge. During the coronavirus pandemic Guy is livestreaming three talks a week. Each talk is followed by a Question-and-Answer session with the audience. These talks are free to anyone who wants to join in. To register visit www.guyfinley.org/online.