Don’t Let the Fear of Being Vulnerable Scare You Away 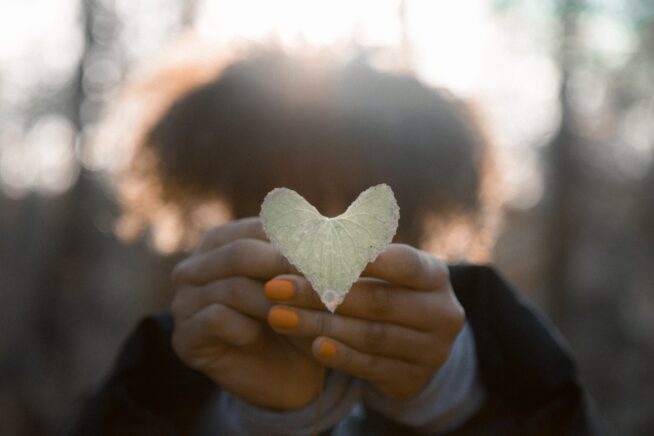 Sometimes when I drive to work in the morning, I pass by a house where a man and his adult child are standing in the driveway. The dad stands behind his grown son and puts his arms around him, resting his head on his son’s shoulder, smiling as his son also smiles and snuggles back.

The son has Down Syndrome, and they wait for the son’s bus together. As the son gets on the bus, the dad always waves wildly, his smile never fading.

I’m pretty sure I hold the trophy for the world’s most sensitive person, so the beauty of this scene made me start sobbing.

When I got to work, I started thinking I need to do something for that man. I want him to know I see him and am touched by his obvious love for his son, but I also don’t want to be creepy and stalker-like. I mean, how would it feel to know someone’s watching you and your son? I realized it would be a delicate line to walk, but I wanted to reach out to him, so it was worth the risk to me.

Just as I started to think about what I could do, I realized my coworker lives next door to this man, and I knew I needed to ask him about his neighbor and his son.

My coworker told me the story that I thought was going to knock me over. He told me his neighbor is a retired police officer who has adopted three sons with special needs. Two of them are wheelchair bound and almost never leave the house. The man and his wife both cared for the children–now adults–until she passed away last year, leaving him alone to take on this daunting task.

My eyes widened as he told me this story. I pictured myself being in the same situation, knowing full well I would be grumpy, exhausted and teetering on the edge of resentment. I told him I’m going to send his neighbor a gift card for groceries, but please don’t tell him.

I put the gift card in a thank-you card and told him I just wanted him to know I see him every day on my way to work and the love he showers his son with fills my day with hope and optimism. I was sure to make it about how he lifted my life up by what he is doing and not how I was saddened by the weight he has to carry in his life.

We all have these burdens we don’t show people–stuff that’s heavy and hard to bear. If we can pause in our busy lives long enough to remember that and feel that, we would have stronger connections. I’m not saying I’m awesome at this, but it is something I think about a lot and remind myself of.

Today when I drove past I saw him out there as usual, and for some reason, I suddenly totally regretted my decision to send him a card and money. It felt voyeuristic, like now maybe he’s uncomfortable knowing someone is watching him. I felt like my act was more selfish than I realized.

And that’s the thing about empathy–you are putting yourself out there when you extend yourself to “see” someone.

I wanted him to know I am touched by the love he’s putting out into the world, but just because I thought it was a good gesture doesn’t mean he liked it. I mean, after all, I was telling a retired cop that I’m watching him. Weird.

I bet that’s what stops a lot of people from reaching out and doing more for others. It’s awkward and intimidating and it exposes a side of us that feels raw. We get in our heads and talk ourselves out of stepping outside of our comfort zone.

I know in my life when people have shown up to surprise me with extra love and care, it’s fueled me to pay it forward and to get through hard times.

Like when I was going through some dark days and doubting my worth, my friend Jaime showed up at my job with coffee and a hug. She said she was driving and knew I needed it, and she was so right. That small gesture became the very gesture that turned me around and helped me work my way though some crushing times. All because she took the time to remind me she sees me and is in my corner.

I have no idea if that man appreciated my gift or took the gesture as I intended it to be, but I will continue to watch him as I drive by in the morning and pause to appreciate the goodness he exudes. We can’t assume others know they’re doing great. We’re all tired and focused on the task at hand, getting consumed by the thanklessness of daily routines. Why not speak up?

I will keep extending myself to surprise strangers and people close to me to remind them we’re all in this together and “I see you. You’re doing great.”

It’s a vulnerable thing to do to put yourself out there, but it’s not about you–it’s about who you’re trying to reach.

Go surprise someone you know who needs it with an extra sprinkling of love and care. Don’t ask; just do. Tell me about it and let’s start a positive snowball effect: rebecca@rebeccarine.com

Once you get over the awkward vulnerability and self-induced second-guessing of it, you’ll get addicted and see the world through the eyes of someone who can’t wait to give more rather than someone who hopes to get more.