Can You Let Go of Your Victim Story? 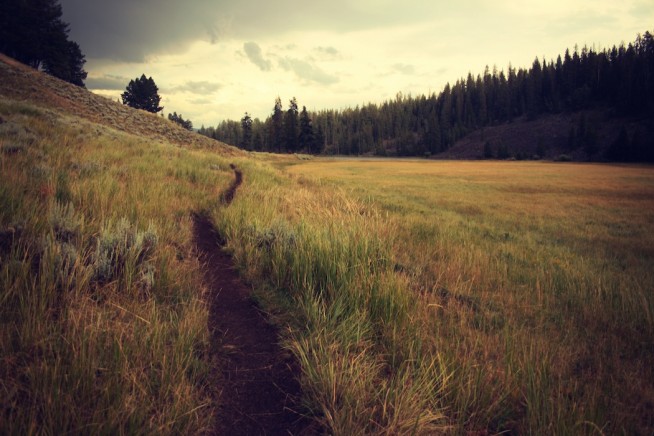 Back in my twenties, I spent a lot of time writing in my journal, usually about boys. Then I had an epiphany. I realized that the quality of my relationships with men were inversely related to the amount of time I spent writing in my journal. If the relationship was healthy, I was off happily living my life, not sitting on my window seat, writing about how happy I was. But if the relationship was dysfunctional, I wrote . . . and wrote . . . and wrote. And when I look back now at those journals, I have to laugh at myself because every whining, complaining story I told had me as the heroine of my “Poor me” story. The guy was always a liar/cheater/loser/wimp/alcoholic/abuser/narcissist/jerk. They were all WRONG WRONG WRONG. But me, I was always right.

Do you hear the ring of “victim story” here? Bingo. That would be me in my twenties. A hot mess who blamed everyone else for the messes she was creating.

Now I don’t write in a journal anymore. I blog instead. But I notice the internal journal I write to myself sometimes. And even after all these years, sometimes the story flips into “Poor me,” and that’s always my signal to shine a light on my victim story, because every time (I mean EVERY time, with no exceptions), I can be guaranteed to find some juicy morsel of soul growth buried, often unconsciously, in the muck of my victim story.

Can Others Really Hurt You?

I was talking about this with spiritual teacher Byron Katie a few weeks ago when we were at Esalen. In front of 140 other people, I asked Katie a question. “Katie, I’ve done a lot of work on myself, and I’m made enough progress in my spiritual growth to be able to witness the part of me that still gets hurt and feels victimized. But what do I DO about this hurt little girl that sits in the backseat of the car of Lissa and cries when she doesn’t get her way?”

Katie said, “Lissa, you can do all the spiritual growth work you want, but if you’re still feeling hurt and blaming other people for that hurt, you’re not really doing The Work on the beliefs that are causing you to feel hurt. If you think anyone has the power to hurt you, you’re confused.”

Katie went on to ask me what the hurt little girl in the backseat of the car of Lissa was saying. What belief was making her feel hurt? What stories was she telling herself? That was where the real gold could be unearthed.

Katie invited me to question that belief. “It’s never enough. It’s too much.” Is it true?

We all did The Work together, inquiring about our beliefs using the 4 questions Katie teaches in her book Loving What Is.

Step One: Identify your belief and ask yourself “Is it true?”

Your Small Self will tend to say “Yes, it’s true. That belief is rock solid true.” For example, Katie asked one guy what his name was. He said, “Shane.” She said, “Is it true?” He said “Yes, it’s on my birth certificate.” Katie cocked her head and moved onto the next question.

Step Two: Can you be absolutely sure this belief is rock solid true?

Shane laughed and looked at Katie like she had two heads. But we all got her point. Many of our beliefs were inherited from childhood. We took them on just like we took on the belief that our names are who we are, even though our names are just a mental construct given to us by our parents, just like . . . so it seems . . . are many of our core beliefs.

Step Three: How do you feel when you believe this belief to be true?

Katie had us all close our eyes and really feel into the feeling. Most of us cried. I certainly did when I felt the feeling of “It’s never enough. I try and try, and then I’m too much, and people leave.” If you get weepy when you feel what it feels like to believe this belief, chances are good that this belief is not serving you, and you’d feel more free if you could let it go. Which takes us to Step Four.

Step Four: Who would you be without this belief?

(Or as Martha Beck puts it, what if you had a little mini stroke and the only thing you lost was your ability to believe this belief?)

Most of us felt liberation, a profound sense of calm. It would feel like a million pounds off your shoulders to let go of the belief.

Step Five: Turn the belief around.

When you find the right turnaround, it has that kind of effect on you. You feel busted. And liberated. Pissed and giddy—all at the same time. Your ego is annoyed. Your soul is singing!

If you want to try this process for yourself, work your way through Byron Katie’s “Judge Your Neighbor” worksheet. (Download it for free here.) At my house, we keep stacks of this lying around my house, and anytime someone in the house starts spouting off their victim story, we pull out this worksheet. An epiphany—and LOADS of compassion, not just for those you judge, but for yourself—always lies on the other side of this process.

Try it for yourself, if you’re tired of feeling hurt or angry or judgmental or helpless, and you’re ready to let go of your victim story. On the other side of victimhood lies true empowerment, where you realize that you are co-creating your life, always participating in what happens to you, if not on a human level, at least on a soul level. I know this can feel confronting. How can you suggest a child isn’t a victim of abuse? What about victims of genocide or sexual slavery? Aren’t they helpless and powerless?

I’m not suggesting that these tragedies aren’t atrocious and worthy of our compassion. But if you feel that way about your own life, try doing Byron Katie’s The Work on the belief “I am helpless and powerless.” Check out whether that belief is really true and whether it is serving you. I invite you to report back if you feel like sharing your story in the comments.

Tend your hurt Small Self gently. Be sure to let your bigger self give that tender part of you a big squeeze—because you’re that brave, and you are so very, very, very loved.

Lissa Rankin, M.D., New York Times bestselling author of Mind Over Medicine and the upcoming The Fear Cure, is a physician, author, speaker, and founder of the Whole Health Medicine Institute, a training program for physicians and other health care providers. She is on a mission to merge science and spirituality in a way that not only facilitates the health of the individual; it also heals the collective. Lissa also co-teaches teleclass programs about spirituality, such as Medicine For The Soul with Rachel Naomi Remen, MD and Coming Home To Your Spirit with Martha Beck, PhD. Read her blog and learn more at LissaRankin.com.

If you’d like to hear the first class in Coming Home to Your Spirit so you can judge for yourself who was right—the glowing feedback from those who listened live or the ranting criticism of my Small Self, it’s not too late to sign up. You can listen to the recording of the first class and still make it live for the rest of the seven modules. If you agree with my Small Self and want your money back, we have a full 100% money back guarantee! But hopefully, you’ll glean wisdom from what Martha and I shared. If you feel inspired, sign up here and see for yourself!