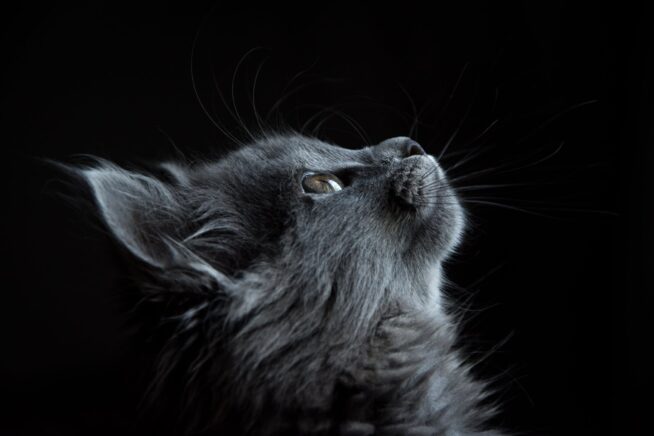 My house was being over ran with mice, I had caught 32 in two months that Fall. I told myself it was time to get a cat, but I wasn’t really a “cat person”. I had always loved dogs, but I was told the smell of a cat could help. So, I started looking over potential cats at the shelter and one caught my eye, Eli. Eli was incredibly handsome with a sliver coat and traffic stopping blue eyes. Eli also was free due to having feline aids and described as having “behavioral” issues.

He could be aggressive.

Aggressive I pondered, surely would mean natural born mice killer machine. The naive thoughts of a clueless cat owner. I bought all the accessories and drove right over to get him.

Now, I have owned cats in the past. In fact, I begged my mother for my first cat, Biscuit. She was my 12th birthday present. A cute black and white kitten that was my best companion. I sobbed when she died. She was accidentally poisoned with cheap flea treatment. An issue that was new and just starting to become main streamed. My mother continued to have cats after, most likely from the guilt of losing our sweet Biscuit. Then I was a young adult, moving from apartment to apartment, and had all I could handle with my dog. By the time I was a settled home owner, I hadn’t owned a cat in many years.

When they bought Eli out it was clear that he was upset and unhappy. The woman handed me a bottle of pills to help keep Eli “calm”. I thought wow, he is so aggressive he needs meds, this is definitely the cat for me. I drove him home and set him up in the walk in closet, where he hissed and growled telling me to “stay away”. No worries though, I wanted a mouse hunter not a cuddler. All this hissing is all part of the mice killing gig. That night I went to bed feeling like I had made the right choice, that a grumpy cat was the way to go.

In the morning there was no sign of Eli.

The little bugger had escaped in the night through the dog door. Frantic, I made a flyer and covered the surrounding neighborhood. My neighbor called there had been an Eli sighting. I stood perplexed how would I catch a cat that hates people, roaming freely around the neighborhood. I drove 15 miles to the nearest store with traps, I told a middle-aged man with a thick Maine accent that I needed a cat trap. The cheapest one. I made the purchase in a hurry and made my way to the nearest dollar store. I found cans of sardines, 10 cans because I wasn’t sure how much fish trapping I needed. I drove home and dumped five cans of fish in a bowl and lugged the large trap to my neighbors. The trap I had purchased also came with a free smaller trap, a cat could just manage to fit in. I put another bowl in it. I went to bed that night feeling like the world’s worse pet owner. Eli had been adopted for less than 24 hours and I lost him already.

In the morning, I had caught myself a cat. In the small trap, which would just figure at that point, as my luck was very little. I carried my cramped-up kitty and dumped him back in the closet. Where he hissed and ran and hid. On day sixty, after numerous treats and wet food, I forgot to give him his daily rations. Eli emerged from the closet, he came towards me, I froze in place. He came up to my legs and started rubbing them, meowing. Then he let me pat him. And within days he was my sweet cuddling guy, that would sometimes bite me. Great, so I felt like this was progress. 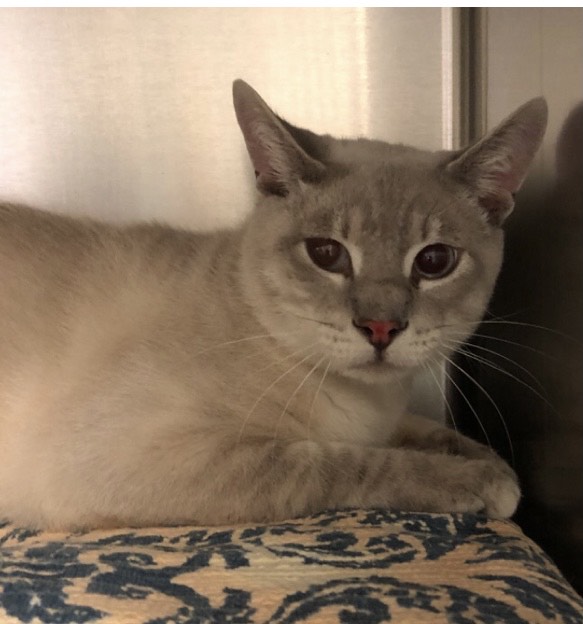 However, in all that time Eli had not caught a single mouse.

Though I was still catching them in the traps. So, I decided I would teach him to catch mice. I gave him an already dead mouse for practice. He jumped and bounded with joy tossing his new “toy” around the kitchen. He loved mice, they were the most amazing thing. This went on for days. And he produced no mice of his own.

Anyway, I still catch my own mice. Aggressive doesn’t mean great hunter. I have a really sweet cat that helps me empty the mouse traps in the morning. Eli may not be the world best hunter, but I am glad he came around and wanted love. He is after all my little love bug now. 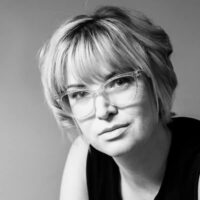 Cecilia MacMillan is a Maine native where she lives with her family and pets. She obtained a BA in Psychology and works helping other in their personal struggles. She enjoys writing, crafting and simple living.