If I Should Meet God 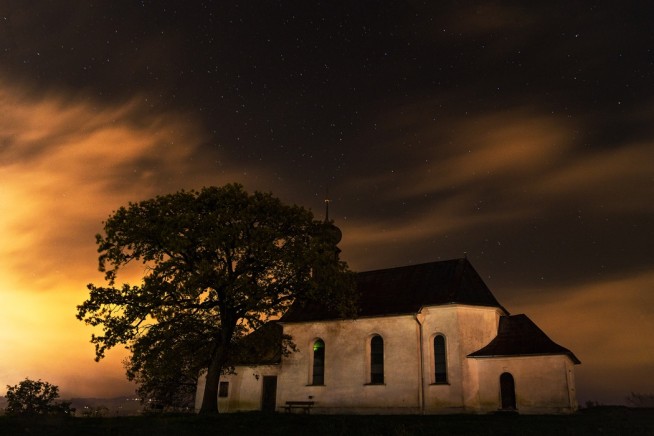 A disciple came to his rabbi and lamented: “Rabbi, I have all these terrible thoughts. I am even afraid to say them. I feel absolutely terrible that I can even think these thoughts. Rabbi, I simply cannot believe. Sometimes I even think that God doesn’t exist.”

“Because I see in this world deceit and corruption.”

The rabbi answered: “So why do you care?

The disciple continued: “I see in this world hunger, poverty, and homelessness.”

And the rabbi once again responded: “So why do you care?”

Then the rabbi said to his troubled follower: “Do not be disturbed. If you care so much, you are a believer!”

When the atheist Stephen Fry is questioned as to what he would say if he met God, he leaves the interviewer at a loss for words when he responds: “if I should meet God I’ll say: “Bone cancer in children? What’s that about? How dare you? How dare you create a world in which there is so much misery that is not our fault? It’s not right. It’s utterly, utterly evil!”

As a rabbi wrote: “it is time to raise the bar in the conversation about religion and faith, with the knowledge that most people, whether religious, agnostic, atheist, or whatever-ish, truly do want to do what is right, to find and express love, to live a life of purpose, and to be in a meaningful relationship with others.”

“It is good to question and challenge those with whom we disagree, but we deserve more than pithy catch phrases, caricatures of those who we have defined as our enemy, and the childish need to win. Human beings can be glorious creatures who, through conscious choice, can bring healing to the world, and we all need to do this together.”

In my many years as a rabbi, and especially since my illness, I have come to believe that more important than any theology or system of belief is caring, compassion and loving kindness. I have evolved spiritually to believe that no matter what we believe or don’t believe:

Rabbi Hirshel Jaffe, a four time cancer survivor, is a motivational/inspirational speaker and the co-author of “Why Me? Why Anyone” which chronicles his rescue from a life threatening illness and his spiritual triumph over despair. Known as “The Running Rabbi“, he participated in the New York Marathon sporting a T-shirt emblazoned with his logo “The Running Rabbi.” On behalf of other cancer survivors Rabbi Jaffe received the “Award of Courage” from President Ronald Reagan in a White House Rose Garden Ceremony. In 1980, Rabbi Jaffe was a member of the Clergy Delegation who visited our American hostages in Iran. He is the recipient of an honorary Doctorate from the Hebrew Union College for his “work with the sick … and his noble influence upon all people.” You can follow him on Twitter.