How to Be Happy When Everything Falls Apart: Harnessing the Ancient Power of Paradox 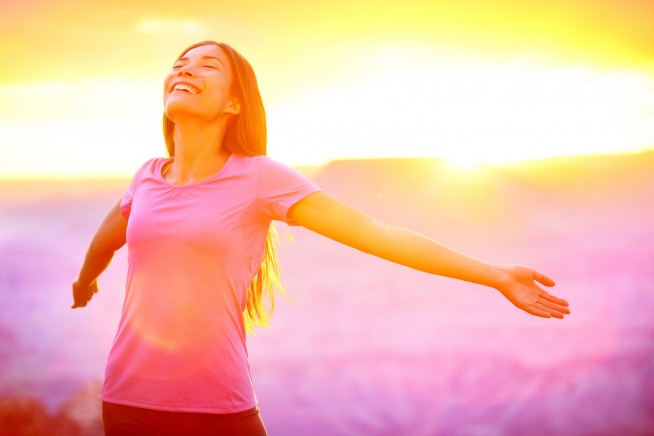 It was 11pm on a Sunday night. I ordered two skewers of fresh, grilled lamb and headed over to the business class lounge.

I ate my meal, topped it off with a shot of single malt scotch and reclined in a massage chair until they called my flight.

This was my routine. Once every six or seven weeks I’d kiss my wife and children goodbye for twelve days and jump on a twelve-hour overnight flight from Israel to somewhere in North America.

I loved my job. I was meeting inspiring and successful people, raising money for an exciting project that was making a real difference, and working for an organization that was deeply aligned with my values.

And just when I thought it couldn’t get any better, one day, it all came crashing down.

They let me go. I was crushed.

I identified so deeply with my mission in that job that when I finally got the news, it put me in a tailspin for several weeks and, at the time, it felt like I’d never recover.

But we always recover.

The question is though, how long does it take us to bounce back?

What if, instead of taking days or weeks to recover from difficult situations or negative emotions, we could learn how to feel happy and re-energized in an instant?

Well, I’m about to share with you an ancient technique that helped me turn sadness and suffering on to its head, and it begins with first understanding something about how we’ve learned to think… First off, some history: Aristotle, the famous  Greek Philosopher from 2000 years ago played an important part in shaping how we think in the Western-world. He said:

Basically, he is saying that things which are separate are different.

Black and white are separate, and are therefore different, so are summer and winter, night and day, etc.

This way of reasoning is called Aristotelian logic; it’s the way most of Western society today thinks and it’s how we’re taught to think growing up.

But what if Western thinking was actually limiting your happiness? What if this way of seeing the world actually makes it harder to succeed, enjoy life and realize your dreams?

What if there were another, more “successful” way to think?

The whole point of Aristotelian logic, or Western thinking, is that every individual thing in life is disconnected from the next and the world is basically a giant collection of separate, individual things.

And if you look around you right now, that pretty much sums up how you experience the world, correct?

Ok, great. Now just stick with me here for a minute…

So when’s the last time you had an experience of feeling disconnected? Maybe you weren’t invited to a particular party, or you went through a difficult breakup from a friend.

How does being “disconnected” feel to you?

From my experience, when I’m feeling disconnected, I feel isolated, lonely and even sad.

OK, next question: what words do you associate with the feeling of living life to its fullest?

Like when you’re “on top of the world,” when everything in life is “flowing” and things “couldn’t be better,” what would you call that?

Would you say it’s a feeling of being connected?

Maybe like you’re at one with everyone or feeling in-sync with everything?

Well now, what if, below the surface, there was more powerful about our feelings of being “connected” than meet the eye?

The Power of Paradox

So the 6th Century BCE philosopher Lao Tse was also into feeling “connected”. In fact, he was part of a school of thought that many called Paradoxical Logic, which is one of the main influences of Eastern thinking.

See if you connect with what the Chinese philosopher Chuang Tzu said:

“Gravity is the root of lightness, stillness is the ruler of movement”

Now for Aristotle, that probably sounded like a bad dream – those quotes are full of contradictions!

But Paradoxical Logic is about seeing the Universe and everything in it as interconnected – that every-one and every-thing in existence are somehow connected to each other.

The polar opposite of Western thinking, Paradoxical logic basically says that black and white, instead of being unique and separate from each other, are in fact connected and somehow part of each other.

Since the way we see black is deeply colored (sorry, couldn’t resist…) by our experience of white, white then is an equal part of the identity of black. If white didn’t exist – we wouldn’t really understand what Black is all about.

Understanding what “white” is significantly enhances our understand and experience of “black”.

Therefore, while white and black may indeed be opposites, according to Paradoxical logic, they are not separate. In fact, if you look at the picture here of the Yin-Yang,  you can see the lesson it is trying to teach: that white and black are two parts of a bigger whole.

So, now isn’t the same true in life?

Don’t we enjoy the heat of summer the most because we’ve survived the freezing winter? If we didn’t have the experience of winter, summer would have far less impact and enjoyment for us.

Likewise, if you were born into a very wealthy family, would you really feel the experience of being rich, or would rich, to you, seem normal, average or regular? How would you know what it even felt like to be rich, unless you had struggled with the pain of poverty?

And which one is better – hot or cold? Poverty or riches?

Paradoxical logic says they are each just two parts of a bigger whole – like the colors in the yin-yang.

How Does any of this Matter?

So how can this idea of Paradoxical Logic help us feel better? How can it help to live better and achieve more in our lives?

Well, psychologists say that, as human beings, we crave connection – to each other and to our world.

But what if, instead of seeing ourselves as disconnected from each other, as Western thinking taught us, the inter-connection we crave and thrive upon was actually all around us?

What if, instead of being separate from each other and from the world around us – we were all actually a part of something much, much greater than our individual “unique” selves?

And, what if the world that surrounds us was giving us living proof of this fact in every moment?

Have a look at sound. Really – I want you to look at it.

Watch a guitar string vibrating, back and forth, up and down. It’s a wave. From high to low, side to side – opposite to opposite.

What about light? Same thing, only faster – light waves vibrating at the speed of light.

All of nature is one big, bright expression of opposites, like the back and forth vibration of atoms.

But we don’t experience one side of a musical note’s vibrations; we don’t see one side of a light’s wave vs. the other – we experience the entire vibration as one complete “thing“. The ups and downs of a guitar string is what makes the sound – you can’t have half a sound or half of a light!

Well the same is true in our lives – our ups and our downs are all connected to each other. Just like exercising actually tears the muscle tissue, after a few days rest it grows back stronger and bigger than before.

The problems and challenges of life are just the other side of our inevitable success.
@davidbederman (Click to Tweet!)

Conspiring to Inspire You

Most of us have been taught that being happy is the opposite of being sad – that laughing and crying are completely separate from each other.

But now what happens if you look at happiness and sadness as two parts of a bigger whole – called life?

What if the challenges in your life, instead of wishing they never happened, become the very things that push you towards your greatest success breakthrough?

What if the Universe was actually conspiring to inspire you, and that by pulling you down into a challenging or uncomfortable situation, you were actually being given the power to catapult yourself even higher?

Sewing it all Together

When I look back now at how painful and scary it was when I lost that job, I am so deeply grateful that it happened. The pain of losing something so meaningful was what caused me to dig deep inside and ask myself what I really wanted to do with my life.

That helped me discover my dream of running my own business and of sharing my message with the world. The pain of feeling disconnected and adrift was only the other side of the joy and passion I now have for the privilege of supporting men and women to discover their true greatness.

“Pain is inevitable, suffering is an option.”

So the next time you find yourself with your face-in-your-hands, remember:

All growth comes through breakdown; they’re just two halves of a greater whole.

Have “hard-times” ever transformed into “amazing opportunities” for you, once you were able to see the big picture? Share your story in the comments below.

David Bederman is a coach who helps creative men and women find fulfillment, create more confidence and more success in their lives and businesses. He’s the author of the book, The Secret Sauce of Success and he brings a unique blend of life-wisdom, a deep understanding of human achievement and a grounding in ancient, spiritual wisdom to his work. In his previous life, David struggled with drug abuse and near suicide, traveled the world as a SCUBA instructor and trained with a master Kabbalist in the Old City of Jerusalem. Today, he lives with his wife and four children in the Israeli countryside. You can connect with David via his website and subscribe to his weekly newsletter here.