The Fight is the Reward 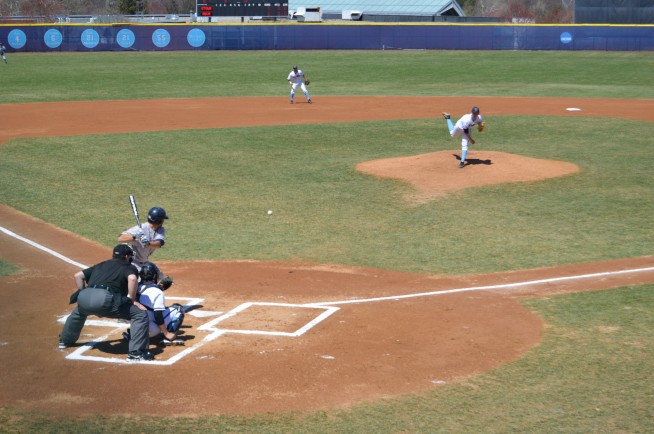 It was my senior year and I was pitching against the # three team in the country, the College of Wooster.

The first batter of the game was making my life difficult. He fouled off a pitch. Then another. And another. I threw a ball outside, hoping he would bite on it.

He didn’t. Ball one.

Then another foul ball.

After what seemed like ten minutes, we had battled back and forth to a full count.

There were thousands of moments like this one during my baseball career. Many times I lost the struggle. This time I won. The batter struck out on the next pitch (a fastball low and away). And a few hours later, we had pulled off the win and I had finished one of the best performances of my career.

But it wasn’t the win that made it worthwhile. It was the moment of struggle.

Gradually, I’ve begun to see that these moments are all around us. The problem is, the world tells us that we should be focused on the results. Society seems so obsessed with “appearing to be a success” that it has become dangerously easy to let the moments of struggle slip by without appreciation.

The world says that we should focus on hitting our sales targets, or on losing that extra weight, or on building a successful business, or on accomplishing XYZ result so that we can be praised for the achievement.

But the real reward is found in the moments that come on the way to those results.
@james_clear (Click to Tweet!)

It’s not the results themselves that make anything worthwhile, it’s the fight that comes before them that gives our experiences meaning. I remember striking that batter out because of the struggle that it took to get there. It’s the process that makes the product worth remembering.

What is the Real Reward?

For the weightlifter, the reward is not losing weight or gaining muscle. The reward is the chance to wrap your hands around the iron and to sweat and train. The reward is every moment that you choose to live a physical life.

For the author, the reward is not having a best-selling book. The reward is the act of writing. The reward is every moment that you battle to string words together and craft a story that takes on a life of its own.

For the athlete, the reward is not winning a championship. The reward is the opportunity to compete and to fight for something you care about. The reward is every moment that you step between the lines and test your physical abilities.

For the entrepreneur, the reward is not owning a million-dollar business. The reward is building something of value where nothing existed previously. The reward is every moment that you choose to bet on yourself rather playing it safe.

For the artist, the reward is not showing your work in a top gallery or hearing the praise of critics. The reward is the act of creating something new. The reward is every moment that you struggle to overcome procrastination and resistance, and fight to express your vision.

You can’t guarantee the results, so don’t tie your happiness up in them. To struggle for something meaningful, that is success — regardless of the result.

The chance to compete for something you care about. The opportunity to work hard. The time and space to make something of value. Those acts and those moments are the real prize, not the result that comes afterward.

The fight is the reward.