That Person Who Bugs You Is Here to Teach You Something 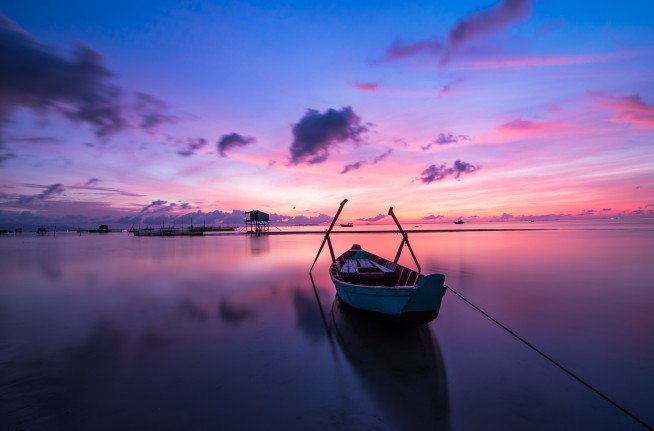 I once spotted a man across a crowded room at a party and there was an instant mutual attraction. He made a beeline for me, grabbed a chair from another table so I could sit with him at his table and proceeded to engage in conversation. I was excited to meet him and found him attractive. After a little while, however, I became absolutely bewildered when he turned and introduced me to his girlfriend – with whom he lived. Whoa.

I couldn’t seem to let go of the anger I felt at this person’s deception and his feigned ignorance when I confronted him about his attempt to stay in touch with me after our meeting. He insisted that everything was innocent and that he was just interested in friendship but both the facts and my intuition told me otherwise.

No matter how hard I tried, I couldn’t stop ruminating about this man. I was unable to shake off the whole thing and move on. I felt insulted and confused. He had caused me to worry that my attraction radar was in serious need of maintenance. In other words, he was really bugging me.

We all get upset from time to time by people around us. Once in awhile, however, we encounter someone who truly bugs us. This is perhaps someone you meet and immediately cannot stand. Perhaps there is someone with whom you’ve had a conflict that you cannot seem to let go of – no matter how hard you try. It is as if your feelings have a hold on you.

There is a wise saying: “If I’m hysterical, then it’s historical”. This means that when someone really bugs us it is because of our own “stuff” and actually has very little to do with the other person. If we overreact, stay stuck in our anger, ruminate about our feelings and have difficulty moving on, then the source of that difficulty is actually us.

Once we learn the lesson, a funny thing happens. Even though their behavior may not change at all, we will no longer be bugged by them.

After my run-in with the man at the party, I decided to sit down and write out everything I really wanted to say to him. This was an attempt to get past my feelings and to move on. I wrote. Uncensored. I called him nasty names. I told him what a cheater he was. I told him he was selfish. He was dishonest. He was thoughtless. I wrote and I wrote.

The next thing I did – and this is the most important part – was to ask myself, “How am I like this person?” This is the vital question to ask about someone who really bugs us. It is usually because the characteristic in them that bothers us is a reflection of a characteristic we hold – but are unaware of.

Now, at first I didn’t see how I could possibly be like the man at the party at all. He was a cheater! It would never even occur to me to cheat on anybody. I would certainly never pursue an attraction with someone while in a relationship with someone else. I had my faults, but I was nowhere near as horrible as he was, I thought.

When I was really honest with myself, however, I realized that my previous relationships were ones in which I was not committed emotionally. I was with men looking for a serious relationship and yet I knew I was not serious about them. I could have told them within five minutes of meeting that we had no future together. I had a string of relationships like this. These were nice guys, but I knew none of them were THE guy for me. By not being honest about my real feelings and allowing each relationship to continue, I had wasted their time.

You know what that is? That is selfish. That is dishonest. That is thoughtless.

There were also times when I had pined after someone when in a relationship with someone else. My emotions were not with my partner, but elsewhere. This may not be cheating, but it isn’t exactly emotionally monogamous either.

I wasn’t so unlike that man at the party after all, was I?

As soon as I realized this, my anger toward the man at the party ceased. Just like that. Gone. I wished him well and never had contact with him again. I then called a former boyfriend and apologized for leading him on when I knew he had really wanted to get married and have children – something I was never going to do with him. I resolved to never stay in a relationship with someone who was looking for a future when I knew there wouldn’t be one. Lesson learned.

Sometimes the universe comes along and holds up a big fun house mirror to show us an extreme version of our own behavior, so that we can become aware of how it holds us back.

It would have been easy to miss the lesson because my dishonesty, selfishness or thoughtlessness manifested in much subtler ways than my party guest’s brazen and unapologetic behavior. This seemingly horrible person who bugged me was really a message from the universe showing me attributes I was unaware I had that were preventing me from realizing my own committed relationship.

Just prior to meeting the man at the party, I was coming around to the idea of finding the right person in my own life with whom to have a long-term committed relationship. Looking back, I see now that the universe was supporting me in this vision by saying, ‘OK, in order for you to meet the right partner, you have to stop being like THIS.’ Enter, man at the party.

Everyone comes into our lives for a reason. Don’t throw away a great lesson just because it shows up in the guise of a person you can’t stand. I really changed after that time in my life because I was open to learning something, instead of wallowing in self-pity and assuming I was just unlucky. I would not be in the relationship I am in today if it were not for that encounter.

Do you have someone in your life who really gets under your skin? I bet there is a really valuable lesson to be learned. Just be brave enough to really be honest with yourself and you will ultimately get closer to everything you really want.

Paula M. Jones is an author, speaker and creator of the web site Small Epiphanies: Subtle Insights for Profound Change, your single source of daily inspiration, at www.smallepiphanies.co. A lawyer by day, she and her husband split their time between city living in Philadelphia and country life in Bucks County. You can find her on Twitter & FB.