The Golden Rule of Relationships Nobody Talks About 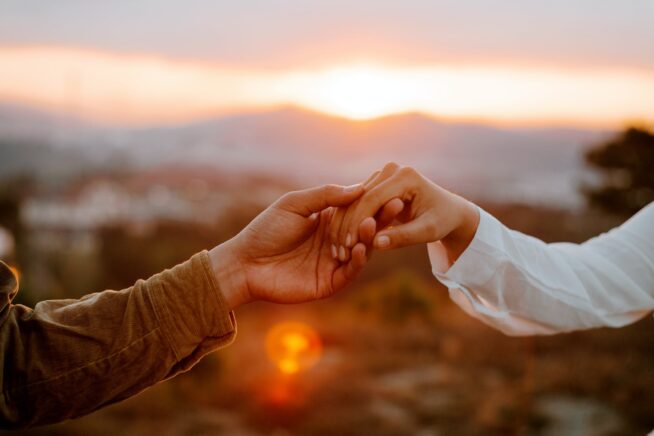 I’ve had only one successful relationship in my life, but it has lasted for over 17 years. It began under the most unlikely and challenging circumstances. And I credit the Golden Rule of relationships for overcoming those odds.

Our bond strengthens when we follow this rule and weakens when we stray from it. All other acts of love follow when you do this first.

We danced around the border of friends and lovers but never crossed the threshold, despite the constant encouragement of our mutual friends. She was moving to Colorado in less than three months. My opportunity to make something happen was vanishing. I had one chance left.

It was the night of the Jewish holiday of Rosh Hashanah in September of 2002. I went to my parents’ house in Long Island and would not be back in New York City until nighttime.

“I’ll be at American Trash,” she said. “Come by when you get back.” It was a bar, only a block from my apartment, and a regular hangout spot of ours.

I had my chances with her in the months leading up to this night, but I had always wimped out and opted to play things safe, maintaining our status as friends. And now, with her imminent departure finalized, I was regretting my hesitation.

A decision that shaped the next 17 years

I came home at around 9 PM. And debated what to do for about half-hour. Should I go or let it die? I decided that this opportunity was a priority. I couldn’t let things go without trying.

We kissed that night for the first time. It was around 2 AM. We were drunk, and it was on the corner of 76th Street and 1st Avenue, outside of a 24-hour diner. Hardly romantic, but still memorable.

We dated casually at first. I didn’t think she wanted a long-distance relationship, so I tried to avoid cramming a year of dating into two months.

And then sometime in October, I met a mutual friend, Beth, for dinner. We sipped on margaritas and chowed on roasted duck burritos. She asked me what I thought of my nascent relationship. I told her it wouldn’t go anywhere. “She doesn’t want to start anything serious,” I said.

Beth told me I was mistaken. They had spoken, and Beth had gotten the impression she would embrace a long-distance relationship.

I recall feeling hopeful disappointment with that news. There was a possibility we could make it work, but it would be near impossible. The logistics and the sacrifice. How could I do it?

I didn’t brood for long. I decided that night I would make it my top priority. And if she would do the same, we could make it work.

The magic slips away

November rolled around, and we both ran the New York City Marathon.

She left for Colorado the following week. We spoke every night after she left, but I felt the connection slipping away. We’d each get caught up in our day to day lives and eventually move on.

I decided to do something out of character. I threw a surprise birthday party for her on a return trip back home.

I coordinated with all of her close friends to make sure invitations reached everyone in her circle. I found a bar that would host the event. It took a lot of effort to pull this off, but this relationship was my number one priority.

It was a magical night that solidified our relationship. We saw each other only once over the next two months, but we somehow strengthened our bond.

In February, I made what would be my last trip. I was out of vacation days. She had time off from school in April but was having trouble getting affordable tickets.

We hadn’t discussed what our next steps would be, but I knew we would struggle without a planned date of when we’d see each other again.

On a whim, she suggested I move out to Colorado. She might have been joking, but I followed by asking if we should move in together. It was a crazy thing to say. We had been friends for a few years but had dated for only five months. Three of those months were long distance.

We agreed on a plan. Two months later, I quit my job, sold my apartment, and packed up my car for Colorado.

There has been a multitude of ups and downs since those early days. But I still can’t believe the decisions I made back then, so out of character for me.

In all the critical moments of those first five months, I made our relationship the most vital thing in the world. It was more important than my career, social life, and financial condition. I haven’t done that for all 17 years we’ve been together, but I try to remember it during times of struggle.

The golden rule of relationships

Make your relationship the top priority in your life. That’s the golden rule. When you do so, you take chances. You put the other person first. As long as both of you make it a top priority, you’ll find it easier to compromise and look for win-win outcomes. You do kind things for each other without being asked.

All of the loving behaviors that enhance your relationship flow from making that special person your first concern.

During the early stages of a relationship, we’re insecure about our status, uncertain of where we stand. We make our relationships the top priority to achieve that certainty in status.

Time passes. We get comfortable and secure. Our relationship goes from being the top priority to one of many priorities.

Your personal ambitions and desires re-emerge. There’s nothing wrong with that. We need our space, but sometimes we forget the tenuous circumstances that forged our relationship and the risks and sacrifices we made to make them safe and secure. We get lazy and take things for granted.

If that’s where you find yourself, put your other priorities aside, and remember the golden rule.