How to Become a Global Citizen 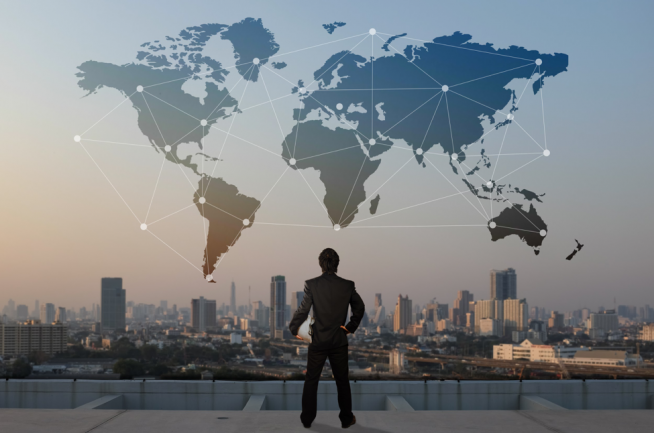 I lived for a number of years in an Indian ashram. From time to time, world leaders would come to visit. Just watching how the Guru received them was the greatest lesson one could ever have in what it means to be a global citizen.

The Guru stayed true to his cultural traditions. He held those customs with the utmost dignity and pride. His pride was without ego, without vanity, without judgment or comparison with others. It was purely a testament of inner integrity. The manner in which he related to world leaders upheld, acknowledged, and honored the greatest values of those cultures.

Every culture has certain positive and negative attributes. In other words, there is a high and low end to every culture. On the low end, society contends with the seeds of racism and bigotry. On the high end, we find a dignified integrity that honors diversity. The high end of the British culture is perhaps dignity. The high end of the American culture is perhaps creativity. The Indian culture, perhaps spirituality.

Different cultures can conflict with one another when they come into contact, because every culture has a different belief system.  To uphold the laudable beliefs of foreign cultures—especially when they contradict your own beliefs—can be difficult to do. The Guru did that with incredible grace and elegance.

Many people pride themselves on being open-minded global citizens. But do they really embody the respect that term implies? Once, on a flight from Atlanta to San Francisco, I sat next to a man from California who clearly considered himself a man of deep insight, a great citizen of the world. He quoted Carl Marx by saying that “religion is the opiate of the masses.” The more he pontificated, the clearer it became that his belief system was quite narrow, judgmental, and even intolerant. “All governments are corrupt, the only good government is no government!”  On one hand, he was professing anarchy, while on the other, he was boasting about the wealth he had recently inherited from his capitalist father.  Somehow, remarkably, he considered himself open-minded and tolerant.

With no interest in locking horns, I let him go on and on about his ‘enlightened worldview.’ After a while, I turned on the television monitor in front of my seat, and anticipating his response, simply flipped the channel to Fox News. To me, his reaction was as predictable as it was intense: “Oh my God! You’re watching Fox News! I won’t allow that to be shown in my home. But you just go ahead and watch whatever you want!”

As he turned away in a huff, I changed the channel and muttered, “When it comes right down to it, tolerance can be a real challenge.”

People often find the beliefs and behaviors of other cultures to be simply incorrect or even intolerable. It is common to feel that if all other cultures took on our beliefs, the world would be fine. However, that is not the way the world works, should work, or will ever work. Many understand this intellectually, but very few live from this place of understanding.

I remember once in a small Indian village, a group of us took our clothes to the cleaners. We told the man that we were leaving the country on Wednesday and absolutely had to have our clothes on Tuesday. He smiled and nodded, clearly seeming to be in agreement.

Upon our return on Tuesday, the shop was closed. We asked a man sitting out front what happened. He said, “Oh, they are always closed on Tuesdays.” Shocked, we explained that the owner understood we would be there on Tuesday. The man only repeated himself, as we left empty-handed.

Later we were told that refusing a request was considered very impolite. We pushed the man so forcefully that he couldn’t find a way to properly and politely say “No.” As a Westerner, this seems ridiculous.  But in his culture, it was simply being respectful.

In India, people often bob their head from side to side as a way of communicating. I came to realize that it could mean ‘yes’, ‘no’, ‘maybe’, ‘I can’t understand you’, or anything else they want to express in the moment. To try to get clarification on what the head bobbing means is considered rather pushy, invasive, and rude.

Becoming a global citizen is about more than just tolerating the different ways of others.
@MichaelMamas (Click to Tweet!)

Every culture has its own integrity and its own high end of the spectrum. A society is meant to culture the unique integrity of its people, sort of like culturing a fine wine. In this sense, traditions are an anthropological need of our species. Yet, many view the religious traditions of others as arbitrary superstitions. The idea of open-mindedness then simply means giving equal time to every religion.

Alternatively, a specific religion can be foundational to a culture’s unique nature. When I lived in foreign countries, I very much enjoyed participating in the celebration of their cultural holidays. As a species, these holidays and traditions feed, nurture, and support the culture. They are a way for cultures to avoid sterilization, to uphold their uniqueness.

A global citizen embraces his or her own culture, while supporting the integrity of all cultures, enhancing the high end of every culture in a spontaneous manner.

As my seatmate on the plane illustrated, many seem to believe they practice consideration and respect for other points of view, but such individuals are rare.

Upholding your own traditions and beliefs while honoring those of other cultures is a delicate balance. Racism is really cultural integrity gone totally out of balance. It is natural to have affinity for your own heritage. As it is said, “Birds of a feather flock together.”  It is also natural to be uncomfortable with some other cultures. Feeding the integrity of all cultures, while embracing the uniqueness of your own, is easier said than done.

Your cultural heritage resonates with the depth of your being, with your DNA, with your cells, with the feeling in your gut. Every culture has its noble and divine qualities, its mountain peak. Find that within yourself. Honor that. Rest with that. Embrace that. Only by doing so will you be able to clearly see, appreciate, and honor the adjacent mountain peaks of other cultures. Only by doing so can you truly become a citizen of your nation, your culture, your world, our world. Only then are you truly a global citizen.

Dr. Michael Mamas is the founder of The Center of Rational Spirituality, a nonprofit organization dedicated to the betterment of humanity through the integration of ancient spiritual wisdom with modern rational thought. From personal issues to global trends, Dr. Michael Mamas helps individuals and organizations develop a deeper understanding and more comprehensive outlook by providing a ‘bridge’ between the abstract and concrete, the Eastern and Western, and the ancient and modern. Dr. Michael Mamas has been teaching for 35 years (including the U.S., India, Europe, and Canada) and writes on a variety of subjects on his blog, MichaelMamas.net.