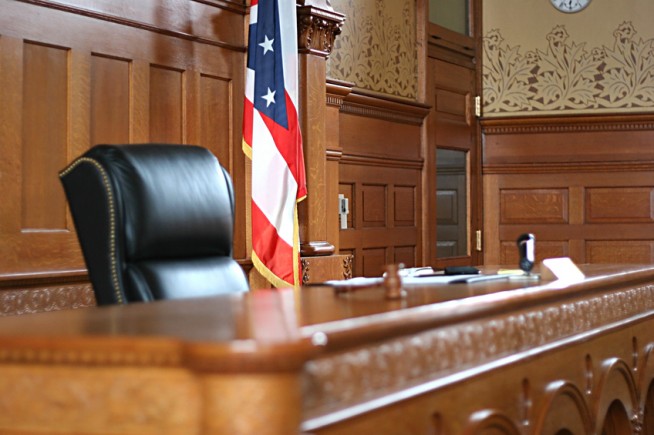 I felt like I was back in the school gymnasium hoping to be/not be chosen to be on a team, to play a sport I liked/didn’t like and placing my fragile self-esteem in the hands of the the team captains choosing player after player as I sat there wishing I could be anywhere/anyone else. Sadly, I’m not recounting a horrific memory from high school. No, this week I exercised my civic duty as an American and completed two days of jury duty service.

About seventy potential jurors were ushered into a court room where we met the prosecutor, a young, beautiful blonde thirty- something with a stoic manner that informed us – she was all business. The defense attorney an incredibly handsome man with a tailor-made suit and charismatic smile. The accused, a guy from the streets who was wearing an ill-fitting suit, looking very uncomfortable. And the judge, a very distinguished African-American man who is extremely articulate and polite. This group literally looked like they just walked off the set of Law and Order.

The judge explained our responsibilities as jurors, the do’s and don’t’s of being said juror. And he kept repeating over and over again, “If you are excused by myself or either of the attorney’s in this proceeding, please don’t take it personally.”

Now I consider my self a fairly transformed person. So, of course, I would not take being chosen/not chosen to be part of a jury personally, right? Oh brother, this is embarrassing. Let’s just say I have a bit of work to do in the transformation department.

As the first group of people were called to the jury box to complete their Voir Dire, or jury questioning, I was on automatic pilot… Why did they pick her? She is pretty, if they chose her, I’ll never get chosen. He looks like a bum, if they picked him, they should pick me. These thoughts were racing through my mind for the entire first day of jury selection. I even decided a couple of the women were “mean girls” because they didn’t invite me to sit with them during a coffee break. By the time I got home, I was exhausted, cranky and felt horrible about myself. The next day we started the same process all over again.

A lovely seventyish woman was called to the jury box. The judge began asking her the same questions he had asked the seventy or so people in the room since yesterday. The question about what TV shows does she watch was the game changer. This petite, friendly, gray-haired lady said “I love Empire.” The whole court room started laughing, the judge stared at this woman for a breath and said, “are you serious?” She responded with a confused look on her face, “Yes, I love Empire.” Then she quietly looked around and whispered to the jury, “Did I do something wrong?” The judge heard her and immediately said, “No, you have done nothing wrong, I just didn’t expect to hear you say Empire.” She politely asked why. He responded, I apologize, was judging you.I thought you would say Downton Abbey or something like that. Let that be a lesson to myself and all of the potential jurors. Don’t judge a book by it’s cover.” My aha moment!!

In a flash I realized I was judging, comparing and evaluating every person in this room. How could I be so ridiculous? Done, no more judging…or not…

The jury pool was down to about five people. I knew I’d be called soon. I knew the questions the Judge would ask. Question number sixteen was about whether we or any of our loved ones were ever a victim of a crime, whether or not the crime was reported to the police. The judge also let us know that if we wanted privacy to answer this question he and the attorneys would bring us to a side bar to answer the question. I had my answer all planned out. I was going to ask for privacy to let the judge and attorneys know I was a victim of a crime that was never reported to the police. When they (finally) called me, I indicated that I would need the private side bar conversation. In that short walk up to the side bar for a private conversation I remembered. It all came back to me, I couldn’t believe I forgot – again. I keep blocking it out. Now I had to talk about it again. I hate this. I hate what it brings up for me. I hate the looks I get from the people I have to tell.

As I approached the side bar, my whole body shook and I couldn’t wipe the stupid smile off my face, I began to tell the judge (I can not look at the gorgeous attorneys) about my mother’s murder and how I was deposed about my whereabouts when she was stabbed to death in her home. (I have a great alibi, I had just completed reconstruction from mastectomies, so I couldn’t lift a coffee cup.)

Judge: Oh, I’m so sorry, were the police involved?
Me: Yes, and they did everything they could. The case is still unsolved.
Two gorgeous attorneys: Stand there looking at me with pity and revulsion on their faces.

Judge: Is there anything else you want to share?
Me: Yes. Between the approximate ages of eleven to fourteen, while living in Florida with my father, he sold my body into child prostitution.
Judge: Now with the same look of pity and revulsion: Oh my God. I’m so sorry.
Awkward silence as we all stare at the floor.

Judge: Do you think you could sit through a trial and separate what happened to you from what is going on with the trial?
Me: I’ve processed my own grief, pain and anger. I’m good, really good. I’m a yoga teacher who specializes in trauma. I teach in a wonderful studio, I teach yoga in the school system in Newark, NJ and I teach yoga at drug and alcohol rehabilitation centers. I’m even giving a speech at Montclair University in April, sharing my story and how I healed my trauma. So yes, I know I can be objective.

For the next two hours I was known as Juror number eight. I made it. I survived yet another telling of my story. It’s kind of surreal to me that I am fine telling, sharing, writing about my story of childhood sexual abuse. But when it comes to my mother, I’m blind-sided every time I recall what happened. It becomes an open wound that simply won’t heal. I never had a relationship with my mother. She sent me to live with my father when I was ten – I choose to not speak to her for the next twenty-four years. In my thirties, I tried to have a relationship with her, but honestly, neither of us were prepared for the minefield involved in repairing a mother/daughter relationship with so many layers of pain, abandonment and resentment. When she died, I mourned the lady I once knew and idea of a mother, not my actual mother.

Eventually, I was excused by a gorgeous attorney – and yes, I took it personally. Not because I thought I would be a great juror, but because somehow I converged the telling of my story and being chosen as a juror with being validated for my own story.

As I began writing this blog, I wanted to end by offering some profound advice about the harmful effects of rushing to judgment. It seems disingenuous to offer any advice about judgment since I apparently need a no-judgment reminder tattooed on to my forehead. I guess I only have my story to offer. For it’s in the writing of these blogs that I am able to find my own validation and recognize all that I’ve been through and what I’ve accomplished.

I share my story because it reminds me I am whole and complete and they didn’t break me. If that leaves you feeling inspired, all the better.

Lockey Maisonneuve is the founder of  the Let It Go Workshop. This workshop is a combination of yoga, discussion, journaling and meditation. Upcoming workshops in Ca., NJ. Click here for workshop registration. Lockey and the MovingOn program have been profiled in magazines, television, radio. Print: Shape Magazine, Origin Magazine, and Yoga Mantra + Health Magazine. For more information about Lockey and to sign up for her weekly Tao of Bacon, go to www.lockeymaisonneuve.com.