How to Find Bliss in Your Everyday Experiences 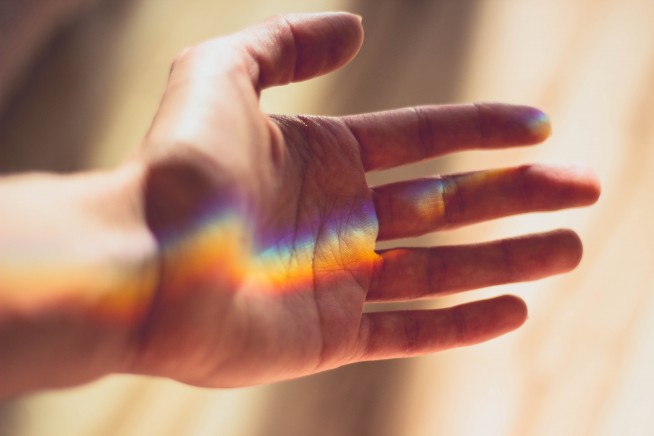 Last week I gave a lecture on “Religion, Spirituality, and Well-Being” for an undergraduate Positive Psychology course that I’m teaching. The lecture covered a range of topics, with a particular focus on scientific and individual explorations of what some call “transcendent experiences.” These experiences are extremely difficult to define, but they’ve been reported by religious and non-religious people throughout history.

Take, for example, Jill Bolte Taylor, a neuro-anatomist who had a transcendent experience when her left hemisphere shut down during a stroke. Or Gary Weber, a scientist who, one day seventeen years ago, was practicing a yoga posture and lost his sense of I/self (and who has managed to continue to function in society). Or Lissa Rankin, a medical doctor and author who went through a spontaneous transcendent experience with two friends on a beach, during which the normal laws of space and time did not seem to exist.

What all of these experiences have in common is a departure from ordinary reality (without the use of alcohol or drugs) that instilled the experiencer with a sense of awe, wonder, connectedness, and love. Each individual returned to the “ordinary” world as a changed person who felt they received (and perhaps continue to maintain) a glimpse into the mysteries of life and the universe.

Now, before we all go off and try to have our own transcendent experiences, let me make a few things clear. First, while scientists have started to investigate topics like enlightenment, research in this area is still very preliminary. There are, for example, questions about what makes some experiences transcendent or mystical, while others are labeled psychotic or delusional (such as in schizophrenia). Many questions remain about how to even define transcendent experiences let alone measure them.

However some scientists, particularly in the field of transpersonal psychology, suggest that transcendent experiences may give us a glimpse into optimal human functioning. For example, in 1902 William James, the father of American psychology, vigorously argued that scientists should study transcendent experiences, as these experiences hold keys to help us explore the heights of human personality. James believed that the world that we perceive when we experience a sense of wonder is actually an accurate representation of reality, but that this “true reality” often escapes us as we get bogged down in our busy, day-to-day lives.

James’ hypotheses were largely dismissed until around fifty years later when Abraham Maslow, originator of the well-known hierarchy of needs, began his explorations into self-actualization. Maslow became particularly interested in peak experiences, which he described as brief moments of intense joy, wonder, appreciation, or connection to a larger spirituality. Maslow argued that these types of peak experiences should be fostered in education settings by instilling a sense of wonder and appreciation in children, which he believed would produce more creative individuals in the sciences and the arts.

Later in his life, Maslow went on to hypothesize about a phenomenon that he called the plateau experience, in which peak experiences become an almost permanent part of our day-to-day lives. During a plateau experience, all aspects of the world take on a sacred quality, which Maslow referred to as resacralization, or restoring a sense of the sacred to the ordinary world. Maslow saw this as an antidote to the modern-day tendency toward desacralization, in which humans tend to perceive the world as a set of material/mechanical objects with no inherent meaning or sacredness.

Unfortunately, as was the case with James before him, Maslow’s ideas about plateau experiences have not received a lot of empirical attention (see here for an exception). But personally, I think Maslow was on to something.

No matter what we call ourselves (spiritual, religious, Christian, Buddhist, Jewish, etc.), I think we all have the capacity to experience the transcendent in the mundane.

Each new day provides us with countless opportunities to witness beauty. Whether it’s a lovely garden, a smile from a stranger, or the face of someone we love. We can consciously choose to fill our days with elation, awe, and wonder, which many believe are the key stepping stones toward more powerful transcendent experiences. Research also suggests that cultivating a sense of sacredness in life is related to greater personal well-being.

In other words, while we might not all have the capacity (or the desire) to have a full blown enlightenment experience, we can choose to make peak experiences so common that we end up living in a state of plateau experience. One of the best ways to do this might be to simply become more aware of the beauty that’s already around you. And remember, beauty doesn’t always have to be sunshine and rainbows. There can be beauty in saying good-bye to someone in the final moments of their life. There can be beauty in your heart breaking open so wide that you allow new love in. There can be beauty in the surrender that comes from facing the realities of a terminal illness.

All of it can be perceived as sacred.

Imagine what your life (and the world) would be like if we were all living Maslow’s plateau experience. I’m not saying we would have a utopia, but I get the sense that we would have a lot more love, respect, and happiness floating around. Imagine perceiving your fellow humans as sacred, regardless of whether they look like you or share your beliefs. Imagine perceiving Mother Earth as sacred, thereby doing your best to minimize your environmental impact.

Perhaps, as James and Maslow suggested, this is how humans are meant to live. Perhaps the plateau experience reflects humanity at its best – in a state of optimal flourishing. Perhaps, by taking thirty seconds to appreciate the sun on your face, you are contributing to your ability to transcend the busy-ness of day-to-day life in the service of something greater.

Perhaps one of the keys to human happiness is to find the sacred in the mundane, the transcendence in the turmoil, and the plateau of peak experience that we are all capable of living.

Today I encourage you to invite awe, elation, and wonder into your life. @BethanyButzer (Click to Tweet!)

No matter how dark your world currently seems, I bet you can find beauty somewhere. (Because there is beauty in your darkness. Trust me, it’s there.).

Maybe the keys to flourishing have been right in front of you all along, just waiting for you to notice. So go ahead, take them in. Because as Gary Weber suggests, “Enlightenment is capable of endless enlargement.”

Bethany Butzer, Ph.D. is an author, speaker, researcher, and yoga teacher who helps people create a life they love. Check out her book, The Antidepressant Antidote, follow her on Facebook and Twitter, and join her whole-self health revolution.

If you’d like tips on how to create a life you love, plus some personal instruction from Bethany, check out her online course, Creating A Life You Love: Find Your Passion, Live Your Purpose and Create Financial Freedom.