What Really Happens After We Die 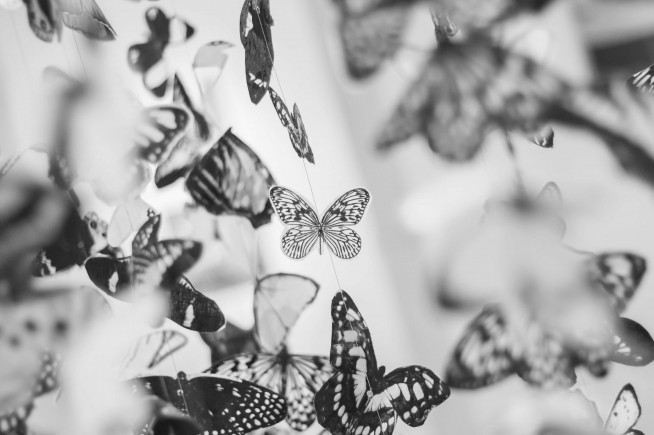 After he died I immersed myself in every book I could find that talked about where we go when we die. Every free moment I found where my little girls would be asleep or playing I spent it reading about the afterlife.

You see I was looking for him, I wanted to see where he went.

I could not understand logically how we can be here one moment and be gone the next.

How I could be in love with someone who no longer physically exists.

I was furious that life can be here in one moment and be gone the next.

So I turned page after page, read book after book and when I went through everything, I was still hungry for more. I was still searching to find him.

He died reading the book ‘Life after life’ by Raymond Moody.

He too was searching for his next home.

Over the course of the last ten years I have experienced miracles. I heard of incredible stories. I read so much about what happens to all of us when we die and today I want to talk about some of the things that have helped me understand our mortality and immortality better.

You see we exist in both.

We are both mortal and immortal.

I am sure you have many beliefs around this and you have read so much about it. You even have your own experiences to share with others.

But my hope for this blog is that you will stumble upon a new frontier of knowledge when it comes to our life after life.

A more scientific version of the truth that is out there.

As time went by I was no longer satisfied with the generalizations books made or with how everything was so watered down.

There is so much more to what happens to us when we die.

In my opinion we have just scratched the surface.

Here are some principles I discovered that give me hope that there is so much more to this existence than what we see right here. Most of all, our beloveds have found their new experience of life somewhere else. And that makes me very happy.

SPACE AND TIME ARE A TRUE ILLUSION

Space and time are tools that have been created by the human mind to live in some kind of order of this physical reality.

After the death of his friend, Albert Einstein said:

“Now Besso has departed from this strange world a little ahead of me. That means nothing. People like us…know that the distinction between past, present and future is only a stubbornly persistent illusion.”

Death does not exist outside of what the human mind has created to understand life.

It doesn’t exist in a world without time, without space without the creation of the past, present and future. Our thinking is very linear and very restrictive in the way we can think about our existence beyond our physical bodies.

Ralph Waldo Emerson said that “the influences of the senses has in most men overpowered the mind to the degree that the walls of space and time have come to look solid, real and insurmountable; and to speak with levity of these limits in the world is the sign of insanity.”

What I want you to take from this principle is that the past is not the past, the present is not the present and the future is not the future. This is an illusion of our minds. Our beloveds and our future selves exist in another capacity that our minds cannot understand or comprehend because they rely on this linear way of thinking.

CONSCIOUSNESS BEYOND OUR PHYSICAL BODY

According to Robert Lanza, the author of the books ‘Biocentrism’ and ‘Beyond Biocentrism”, death is an illusion that exists in our minds because we only identify ourselves with our bodies.

I know this is a little more complex than what we read in books about life after death, but to be honest with you, I need more than just a basic representation of what happens to us after we die. And these theories allow us to consider that consciousness is not as simple as how we feel inside our bodies in this life. It is much more than this. It is possible there is another world somewhere else where we go after we shed our bodies in this linear physical existence.

WHAT HAPPENS TO THE SOUL

Professor Stuart Hameroff believes that our soul or consciousness can travel back into the universe after the death of the body. He talks about something called microtubules and they are the carriers of consciousness. When the body dies these carriers take over and move to a different place, possibly another universe according to Lanza and Hameroff.

Imagine that. Imagine another kind of existence after this one. With the same consciousness and soul.

There have been many studies that prove that after death we continue to be. There was a big study that took place a couple of years ago that truly gave us a glimpse of what happens after our heart stops beating. They studied over 2,000 people who suffered cardiac arrests at 15 hospitals in the UK, US and Austria. And they found that nearly 40 per cent of people who survived described some kind of ‘awareness’ during the time when they were clinically dead before their hearts were restarted. One man even recalled leaving his body entirely and watching his resuscitation from the corner of the room. Despite being unconscious and ‘dead’ for three minutes, the 57-year-old social worker from Southampton, recounted the actions of the nursing staff in detail and described the sound of the machines. There are many stories like this one when the body stops living but the soul keeps being aware of the world around us. I believe that we continue the journey but where do we go?

WHERE DO WE ALL GO?

On April 16th of this year a huge study was completed that studied people who had been without a pulse for twenty minutes and they all described their experience as follows: Most common memories include a feeling of detachment from the body, feelings of levitation, total serenity, security, warmth, the experience of absolute dissolution, and the presence of an overwhelming light. At this point the evidence of life after life is truly here but what do we do with this now?

When we have proven not only spiritually that we do indeed go somewhere but scientifically too how does that help with the life we are living today.

Does that change how we experience the loss of our loved ones?

Does it change how we grieve?

Do we need to know what happens next to believe this completely?

I think it is possible that the only way to find out where we go after this body can no longer serve us is to go through death ourselves one day. Maybe there is another universe somewhere with the souls that are no longer in this one.

And if that is true then can grief be lessened?

Can grief be less painful?

Can we focus on living more fully after the loss of our beloveds because we now know with more certainty that they still exist in another realm, in another world that most likely connects with this one outside of time and space.

WHY AM I WRITING ABOUT THIS?

Because I have been on an a journey of my own trying to put all the pieces together as I cannot accept the fact that there is nothing after death.

And for those of you out there who right now are thinking about all of this from a religious point of view I want you to know that I do believe in a higher power too, but I am very interested in the scientific evidence of the existence of consciousness without the body. I want to know this with every part of me. As it helps me live my life better knowing that the people who I have lost in the past and the people who I will lose in the future are somewhere experiencing life in a new way.

I also want to give you hope that this life today, this life you still have in this body, is meant to be lived fully without grief stopping you from doing so. I personally believe that we have existed before this body and we will continue to exist after. And that makes me feel more free to live this life in the most adventurous way possible. I hope this letter today helped you to see how science and studies have opened the doors to a new understanding about death and what happens next.

PS. I am writing a new book that unravels all of this.