Why You Should Listen to Your No 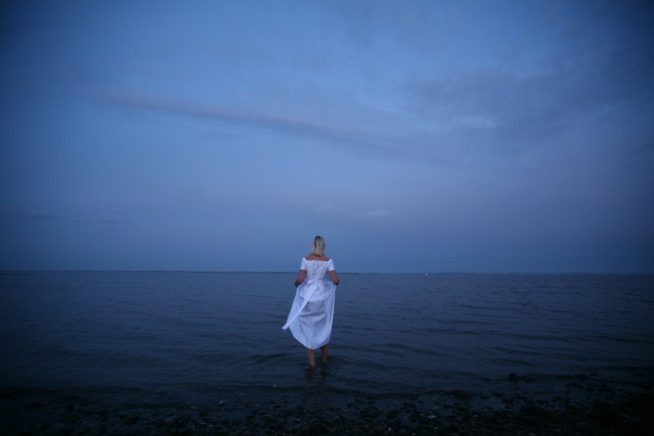 “…There are often many things we feel we should do that, in fact, we don’t really have to do. Getting to the point where we can tell the difference is a major milestone in the simplification process.” ~Elaine St. James

I think no is one of the hardest words to say.

I know I’m not alone on this.

No gets shoved back, gone but not forgotten.

Something about the two-letter word can trip us up, causing us to stumble into things we don’t want to do.

Well, as someone who has trouble saying no, I will draw on my vast experience and say it can be for lots of reasons. Maybe it’s because we don’t want to disappoint. Maybe we’re worried we’ll be perceived negatively if we say no. Maybe it’s because we genuinely care about the person who’s asking us for something and we want to show up for the people we care about.

But if we don’t show up for ourselves first, how can we possibly support others?

But once we say yes to something an expectation may arise that we will always say yes. Of course we can say no at any time, but it becomes harder.

And here’s the other tricky about thing about saying no. We feel like no has to come with an explanation. We feel we need to describe why it’s a no.

But we don’t. No is answer enough.

You can say no to that date, that trip, that job, that favor, or even that Friday night out. You don’t have to explain your why to anyone. In a day and age of over-sharing, you might feel like you have to indulge your reasoning, but guess what? You don’t (unless you want to!)

No is answer enough and reason enough.

It reminds me of an experience I had years ago.

But friends told me to give him a chance. They insisted he was a nice guy and one date wouldn’t hurt. It was still a no. I just had a feeling that he wasn’t the guy for me.

But friends persisted and so did the guy. Eventually, I talked myself out of a no and said yes to a date.

One date led to another date which led to meeting his family. Before I knew it, I was in a relationship with him. Months passed and things became very serious.

But I never forgot about the no. It nagged at me. Every milestone along the way, I heard my no, but I had been drowning it out for so long it was easy to ignore.

I thought I was being foolish so I pushed it way down where, over time, it became harder to hear. And I did what most of us do.

I bet you can see where this story is going. The relationship went on a long, windy road that eventually hit a dead end.

It was a dead end filled with heartache and deceit.

As I dealt with the aftermath, I often reflected back to the moment I first heard my gut tell me no. I knew it was a no, but said yes anyway because I had no reason not to say yes other than my gut was guiding me in a different direction. Sometimes, when people are around you telling you something else, it feels like your gut is not reason enough.

It is, though. It’s reason enough and then some. It’s everything.

At times, I wondered what it would have been like if I had stuck to my initial instinct, but I knew it was irrelevant at that point. What was good was that eventually, I was able to say no. I was able to walk away. And there was more too, of course.

Did I learn from the relationship? Yes. Did it push me to pursue a greater path? Yes. Was it all worth it because there were lessons to be learned? Yes.

And do I pay more attention to my no today? Hell yes.

No can be hard to say. But what’s harder is ignoring our inner guidance, saying yes and ending up somewhere we just don’t want to be.

Because the problem with a yes when you want it to be a no, is that one yes can lead to another yes that can lead you so far off track from where you started, from what feels good to you, that it feels impossible to turn back.

The more you tune into what feels right for you, and honor that calling, the more you’ll feel good about your choices and your journey.

And the best part? When you say yes because you want to, not because you feel you have to or should, it’s such a powerful, positive feeling.

It’s a feeling that you are in sync, on the right path, honoring your soul, doing what’s best for you, and being there for others in a satisfying, genuine way.

It’s a yes that lights you up.

I think no is one of the hardest words to say.

But sometimes the fate of your future hangs on that one word.

Be courageous in honoring your truth. You are the only one who can. @UniverseLetters (Click to Tweet!)

Angie Sarhan Salvatore received her M.F.A in Creative Non-Fiction. She currently teaches college writing and designs inspirational jewelry. For more of her work, you can follow her blog, which focuses on infusing more mindfulness and positivity in your day-to-day life. For your daily dose of inspiration, find her Twitter, Instagram and Facebook.