Adventure Is Worthwhile in Itself 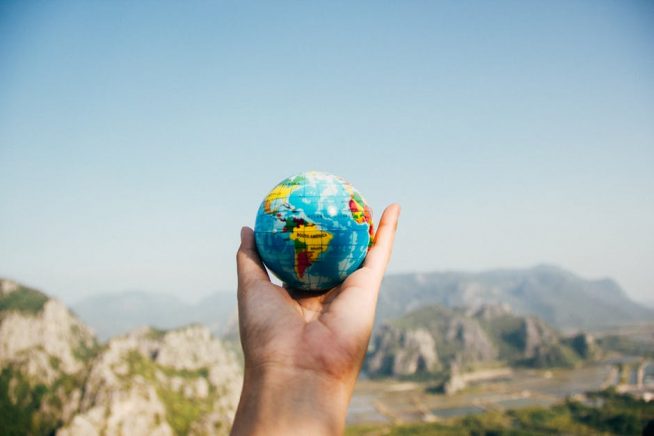 The most difficult thing is the decision to act, the rest is merely tenacity. The fears are paper tigers. You can do anything you decide to do. You can act to change and control your life; and the procedure, the process is its own reward. Adventure is worthwhile in itself.” -Amelia Earhart

You often hear about how we regret the things we don’t do more than the things we do. Looking back at the experience of traveling the world, this belief shines through whatever hardship I encountered along the way.

Sure, I can remember the struggles. I can remember sleeping on the ground, running out of money, missing my flights. I remember not being sure if I’d make it, if I’d have to give up somewhere.

If I think about it, I can remember sweating it out in Eritrea, detained by the police overnight before I was put on a plane to Cairo. I remember flying to Angola and Pakistan without the required visa, wondering what would happen on the other side.

There were plenty of mistakes and misadventures along the way.

But honestly, most of all I remember the triumph and the exploration.

This triumph was 98% private. It was almost entirely about proving something to myself, being able to fulfill a vision I had that seemed totally absurd at the time I started.

I felt a sense of exhilaration upon reaching a new country, especially a difficult one or one that involved some sense of challenge.

When I walked on the street in New York City one day after finding the consulate for Guinea Bissau, I was floating on air. Only three countries left! This was really happening!

Meanwhile, the exploration was the fuel that kept it going.

I didn’t know where any of those places were when I started. And to be honest, I didn’t know some of them even existed.

But now I have a place in my mind for the places of the world. I have a memory of each of them, some hazy but others resoundingly clear. There’s a connection between every country I wrote down on a list twelve years ago and then eventually made it to.

These days I still travel quite a bit. I still encounter that sense of disorientation and jet lag. But I’m not continuously jet lagged every month, the way I was for years.

So yes, when I think back, I completely identify with the sense of “overcoming regret” by saying yes to adventure.

As I’ve written about several times, I do sometimes feel a sense of sadness that it’s over. But mostly I feel extremely glad that I did it.

If you’re thinking about undertaking an adventure, but aren’t sure if it will be worth it… well, there are no guarantees.

But what if it is worth it? What if it ends up changing your life—how would you value that?

That’s what you should ask yourself. And unless you have a good reason not to—and maybe even if you do—that’s why you should say yes to as many adventures as possible, because adventure is worthwhile in itself.