How to Break the Rules and Still Win 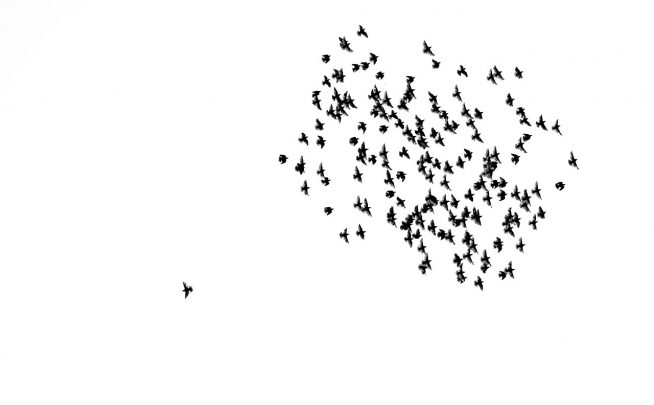 Eight years ago I was a horribly depressed, broke, fired security guard.

Today I am an island hopping pro blogger who’s been featured on sites like Virgin, Forbes, Entrepreneur and Fox News.

How did I make this Kafka-esque transition?

After receiving my security guard pink slip I drifted around for a few months. I lived off of government assistance, receiving unemployment insurance. I did appreciate the checks but felt humiliated and dehumanized to rely on the government to make ends meet.

I became terribly depressed during this time. I even contemplated suicide. I felt like a complete and utter loser; no money, no job, barely any possessions.

Here I was in my early 30’s with no money, no career, just drifting through life on the sea of circumstance.

One day I got so freaking fed up with accepting whatever life threw at me I decided to take charge.

At that moment I had to break all the rules I’d been taught by society.

I wanted to live my dreams by building a thriving online business so I could circle the globe.

Making these tough decisions turned me into even more of an outsider. It’s one thing to feel like a loser but quite another to have nothing to show for your rebel streak as was the case during those lean days.

I sucked it up, dealt with the painful barbs tossed my way and decided to build a blogging business from the ground up. I had zero entrepreneurial bones in my body. I didn’t even know what a blog was at the time.

I did know enough to plunk down a few hundred bucks I didn’t have to buy something called a domain and hosting. Which felt terrible because I was breaking even more rules in the process, taking a big risk that I’d probably regret in the near future.

Slowly but surely I built my blog into something that turned a profit.

Sure I struggled mightily during my first few years. This happens to rule breakers as you find clarity in your life and business. But I began to see something manifest in my life that absolutely floored me: all massively successful folks are rule breakers. I was following these world-changers.

Richard Branson. Bill Gates. Tony Robbins. The late, great Steve Jobs. All these disruptors who changed civilization did things that screamed “a full 180” from what society did.

You won’t win in life by following rules society sets for you because the general public largely does things from a place of fear.

I had to work long, hard, exhausting hours despite seeing no immediate financial returns.

I fell deeply into debt, went bankrupt and lived off of 25 cent snacks from the discount rack of the local convenience store for weeks.

My life became a sustained nightmare as I struggled, strained and strived to survive.

Almost every single breakthrough I experienced was based on me doing something society said I should not do.

“Build up your savings before becoming a full-time blogger.”

I followed none of these alleged talismans of wisdom.

Yet here I am.

I broke the rules.

Tips for Breaking the Rules and Winning

Are you struggling right now because you are following rules society set for you?

Or are you winning by being a rule-breaker?

Ryan Biddulph is a blogger, author and world traveler who’s been featured on Richard Branson’s Virgin Blog, Forbes, Fox News, Entrepreneur, John Chow Dot Com and Neil Patel Dot Com. He has written and self-published 126 bite-sized eBooks on Amazon. Ryan can help you retire to a life of island hopping through smart blogging at Blogging From Paradise.