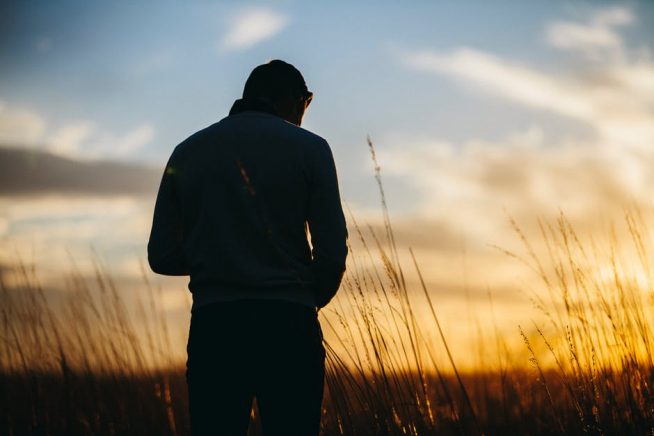 Have you ever had the feeling that you’re at a crossroads in your life? That everything that has happened in your life up until now has been about bringing you to now? That the choices you make at this time in your life will represent a turning point?

I’ve felt it a few times, most recently in December 2015 when prompted to write, so beginning my humble blog. We all face significant events in our lives, some of which will change us in significant ways, while others will pass into our history having made few lasting, discernable changes in us.

Sometimes it’s obvious; signature moments that change our lives in an instant and force us to find a way to accommodate and eventually re-shape our lives around them. Other times our crossroads sneak up on us, our senses detecting what isn’t necessarily obvious in the events that surround us.

That night in December 2015 I felt I was at a significant moment in my life, I didn’t know why and I didn’t know what I needed to change nor how to do it. All I felt was a compulsion to write, accompanied by the sense that that moment in time, that period of my life, mattered.

Of course, every day matters and every day brings countless unknown opportunities. Each day can change our lives forever. At a rational level we know this, but speaking for myself there have only been a few occasions on which I have felt it, sensed it. I felt it when I started writing, and many wonderful opportunities and interactions have arisen as a result of that moment.

Now, again, I feel I’m approaching a crossroads. A crossroads at which I can choose to repeat patterns of thought and behaviour that I increasingly realise do nothing to serve me. Thoughts and behaviours based on a desire to escape from an unwanted tangle of feelings and emotions woven from aggregated losses, an escape that likely would result only in further knots being tied.

Or I can choose a different way. I can confront myself.

I’ve made no secret of the fact that I’ve found it difficult at times being alone (yeah, no shit Sherlock). It’s not a hand I’d have ever chosen to play but it’s the hand that I’ve been dealt (and I accept the part that I myself have played in holding the cards that I do).

And now I feel I have arrived at a crossroads where I feel the need to be on my own. Because when faced with the same difficult thoughts, feelings and emotions a number of times, maybe the answers aren’t to be found ‘out there’ but ‘in here’. In being alone and facing what makes me uncomfortable and working shit out for myself. Nobody likes loss, rejection and hurt, but where are our feelings and interpretations about these things really coming from? What are they really telling us?

Don’t get me wrong, I don’t plan on turning into some kind of hermit; my friends, family and colleagues will still have to put up with me. But maybe it’s about time I sat with some of this crap rather than ran from it and found out why I feel the way I feel, what is really driving the decisions that I make, and whether I am really living in a way that serves my longer-term best interests.

This isn’t some self-lacerating, ‘I’m not worthy’ process and I won’t be donning a hair shirt. I think I’m pretty alright when all’s said and done. But still, I know that I get in the way of my own happiness sometimes and how I interpret events in my life has to be a big part of that.

We can’t control everything that happens to us but we can exert greater control over how we respond. Sometimes in life things don’t go how we’d have liked them to; no fault, no blame, it’s just the way life is sometimes. And guess what, ‘if you do what you’ve always done, you’ll get what you’ve always got.’ To paraphrase a pretty clever bloke, responding to situations in the same way that you have in the past whilst expecting a different outcome, is madness.

Maybe the Groundhog Day of finding yourself in the same place, with the same feelings is life’s way of trying to teach you a lesson that you need – and have so far refused – to learn about yourself.

Maybe when life feels stuck on repeat it’s because it’s your finger that’s holding the button.

This post is probably the hardest I’ve ever shared. Not the hardest to write, as it represents my truth and as such it pretty much wrote itself (like most of my posts do). But it feels difficult to share. Why is this?

Well, I suppose because it comes from a very raw place and that can leave you feeling very exposed. Then I think of the fighter stepping into the ring and risking his reputation, his sense of himself as a fighter and a man in facing the fists of his opponent. Risking being knocked out, defeated and left lying unconscious and exposed before the world.

But he’s a fighter – that’s his calling, that’s who he is – and that is the risk he faces and exposes himself to every time he steps between the ropes. And if he doesn’t step between those ropes, if he doesn’t choose to accept that risk, he will never become all that he can be.

This is the path I’ve chosen – to write and to lay my journey out there. To document the steps on the path to becoming my highest self, a summit that cannot be reached without facing the difficult moments honestly and being prepared to face and stare down the ego, with its wish to be seen only at its best.

This is my truth and sharing it is a declaration of faith, of stating openly that I will use the lessons in life’s challenges to become a better person without the fear of exposing myself publicly to failure; to challenge those aspects of my self that do not serve my highest good and that root me emotionally in places that I no longer wish to be.

And I share it so that one day my words may help others, when I will be able to look back at this time as a catalyst for living the life that I am supposed to lead and say, ‘If I can do this, you can too.’

Matthew Williams, single father to two children and divorced ex-husband to an ex-wife, started the blog ‘Love, Laughter & Truth‘ in December 2015. The blog is an attempt to make sense of his rollercoaster life following depression, divorce, and his introduction to the weird – and sometimes wonderful – world of dating. He hopes that his writing will help others that find themselves dealing with similar challenges in life. You can find Matthew on his blog and follow him on Facebook & Twitter.