When My Friend Died, She Gave Me a Gift, That Changed My Life 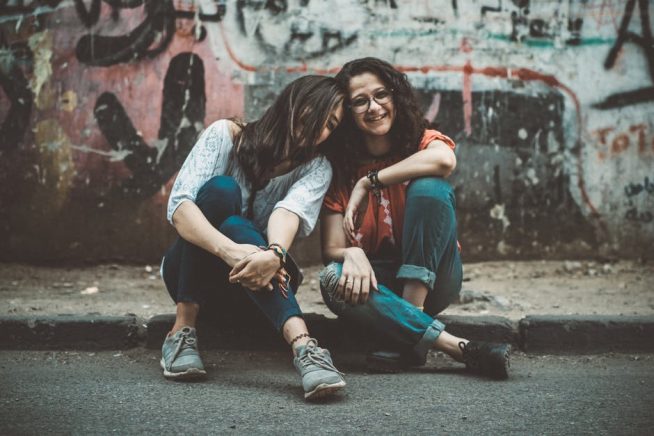 Recently, I lost my voice. I was left speechless with grief. But the person dying helped me find my voice and gave me courage to face my own mortality and the rest of my life.

A good friend was diagnosed with terminal cancer and told she did not have long to live.

The world became a smaller place. It had to because there was too much going on.

When loss and grief are happening, we can only cope with so much.

I noticed that my language changed. There was less of it, less talking with others and with myself and longer periods of silence.

The suddenness and shock of the impending goodbye and the brutal reminder of my own mortality left me speechless with grief.

Speechless with grief is common, not easy, but necessary to cope and to make sense when loss is happening.

Our friend had prioritised the company of her friends and family over all else.

She had prioritised language, speech, physical presence and love.

That was the quality of life and quality of dying she wanted. And it was so different to what I had experienced at some other point when the person dying did not want to talk.

Our friend wanted to hear us talk – with each other and with her. She wanted to remain part of a group and a community.

Poetry read by her bedside moved our friend, when her limbs had gone into paralysis.

Her mind and heart, not to speak of her steely determination and loving humanity, they all remained intact, albeit getting weaker by the day.

She kept it going, her identity, her values, her points of view – a woman with attitude. She was not speechless with grief.

The physical touch mattered, too –

My friend could no longer touch. But she could feel the touch she received when her legs and arms were massaged, her cracked lips soothed with balm, the spoon lifted up to her mouth feeding her, the kisses she craved and our tears which she understood, but probably did not like.

The knowing silence, when words failed, that was language, too.

The world became small because our emotional and physical energy drained rapidly.

When loss is happening, we need to slow down, reprioritise, delegate and simply stop doing some things altogether.

Left speechless with grief, I stopped talking – the unnecessary small stuff, and some of the big stuff too. I stopped writing because I could no longer feel the words flowing from the feelings I felt.

There was no flow. It all became lumpy, hard and frozen.

Our friend remained fully involved in all care and treatment decisions. A lot of time was spent too, deciding and organising what she wanted to happen after her death – with her body, her possessions, her own art and writing – her legacy.

It all happened with little drama. It was precise, calm and peaceful – unbelievable, really.

We took it in turns to sleep on a mattress in her room. When it was my turn the oxygen machine and the smell of the care home blankets kept me awake and started to wear me down. How could our friend cope with it all, without being able to move?

It might sound callous, but life and feelings became very raw and simple.

That night she instructed me to keep one window and curtain open. She loved the dawn chorus and we could hear it being near to the trees and the river.

We had remarked on the woodpecker in the neighbourhood and hoped to hear him in the morning.

I did not sleep much, and when I needed to get up at 3 am our friend’s eyes were open. It felt like she had been watching me, even though she could not move her head in my direction.

It felt she had been watching over me when I was there to watch over her.

We heard the woodpecker, and then (one week before her death) our friend explained to me how woodpeckers drum with their beak. She knew all the detail, all the technical stuff, which I cannot even remember now.

There I was, getting a kind of biology lesson at 3 am from a friend who was dying.

So surreal, yet so real!

Then she asked for some morphine and slept until the morning.

Gradually our friend lost her voice, literally. Her lungs could only cope with very little. Yet, she remained in charge. Even on high morphine with her life force ebbing away, she would momentarily open her eyes and be very present. Her eyes would do the talking and the smiling.

Even then, she was not speechless with grief.

After her death, I remained without my voice for several months – in a way that others might not have noticed.

I heard a woodpecker a few times, and then we would talk, my friend and I.

And gradually my speech re-emerged, the same, yet different.

I know she does not mind me writing all this about her. She was supportive of my need for self-expression and had dedicated her herself in so many ways to creativity and the good of humanity.

I know she wants me and us all to hold on to our voice and carry on telling the truth and do the best we can, while we can.

The dying can teach the living a lot about what matters most in life. @KarinSieger (Click to Tweet!)

And that’s what she taught me. I realised in death very little matters.

I still carry too much emotional and physical baggage in my life, which takes up valuable space and energy.

We have to let go, so we can live and die in peace.

Karin Sieger is a psychotherapist and writer based in London, UK. Central to her work is the belief that we all have an intuitive wisdom for self development and emotional healing. Making and living in peace with our self is core to living well and coping with personal crises. Karin is particularly interested in anxiety, loss, transitions and the emotional impact of chronic or life-shortening illnesses like cancer, for which she has been treated herself. Karin posts regularly on her website KarinSieger.com. You can sign up for her Newsletter, follow her on Twitter or Facebook.

Image courtesy of Bahaa A. Shawqi.