The 3 Things J.K. Rowling Can Teach You About Beating The Odds

From Our Community | Inspiring, Working 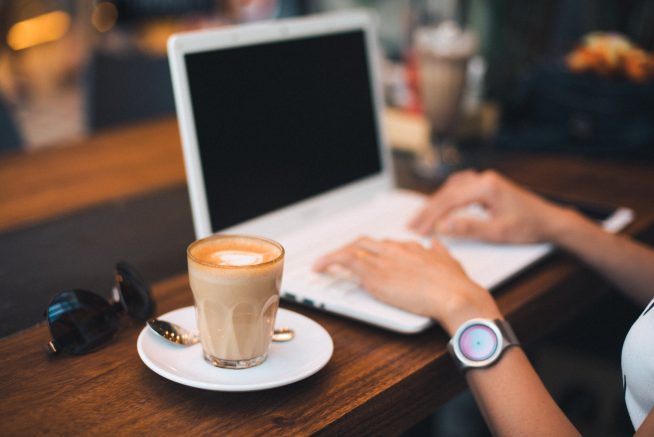 The hypnotic clackety-clack of the train fades into the background. She had to find something to write on. A napkin perhaps? Yes, a napkin would do nicely.

This idea of hers, there was something there.

The ideas continued. Word after word. Chapter after chapter. Coffeehouse after coffeehouse with her young daughter in tow.

She went on welfare. Depression took hold. She even struggled with thoughts of suicide. And yet the words kept appearing so she kept putting them down on paper.

Everything was on the line. Everything.

Perhaps even her life.

It is from those ashes that J.K. Rowling wrote the first Harry Potter book. But this story is about more than mere inspiration. This is a story about the DNA that fuels perseverance.

And a hardworking writer that wouldn’t take no as an answer.

If we don’t have a compelling reason to do something we won’t follow through. The job won’t get done. Certainly not to the best of our abilities.

No passion. No fuel. It’s just how we’re wired.

We all face walls. Some of our own making. Some are put in our way. And then there are the walls that seem impossible to bring down. No matter what we do, they remain.

J.K. Rowling did not gleefully paddle through the rough waters of her life. Her struggles were real. They got to her. They did damage. They exacted a price.

As they would anyone.

And yet, in spite of it all, her passion for Harry Potter got her through. Her passion showed her the way. My advice?

Lesson #2: Live In The Solution

Quick fixes. Strong reactions. Urgency. They’re crack cocaine. One hit and we’re hooked. Years can go by without the core issues ever getting resolved.

But living in the solution … that’s a different kind of rodeo.

Reacting in the moment doesn’t accomplish much. But taking focused action does. It moves us closer to the desired end result. Which requires a big picture point of view.

Do you play the short game or do you play the long game? At the end of the day, that’s the million dollar question. That’s the question in need of an answer.

For J.K. Rowling, the easier, softer way was always an option. The quick fixes were always there. But that’s not the choice she made. The world of Harry Potter had to be brought to life no matter the cost. She was all in.

J.K. Rowling lived in the solution. She played the long game.

Are you building your Hogwarts?

The price will always determine the prize.

Even if that means dragging your daughter to coffeehouses. The price is what it is. There is no way around this truth. Which sometimes requires getting a little creative.

As someone who often writes from coffeehouses, I get what J.K. Rowlings was doing. She needed to feed her mind is a way that got results. She needed to make space and so she did. As a mom and as a writer.

She honored her process. She made it happen.

As hard as it was, there is something poetic, even beautiful about J.K. Rowling’s story. Scribbled notes on napkins. Trains and train stations. Coffeehouses and her young child. Rising above adversity. In many ways, it’s a magical journey all its own.

J.K. Rowling was willing to go all in.

Life Is About Choices

It’s easy to put our heroes on pedestals. It’s easy to endow them with superhuman traits and skills. But more often than not, they are just like us. Complicated humans.

J.K Rowling’s story is a master class on how to achieve success as a real-life human being. It’s a master class about choices. And she continues to teach that class. Case and point, the fact she is no longer a billionaire. That was a choice, in part, because of her charitable giving.

Bob Olmstead’s Zen-like approach to business coaching has proven to be a game changer for creatives, entrepreneurs, and non-profits. His eclectic background includes running ad agencies, top-tier management consulting, directing and producing in film and theater. If you’re looking to become a rule-breaking owner or creative, he offers a free coaching session.